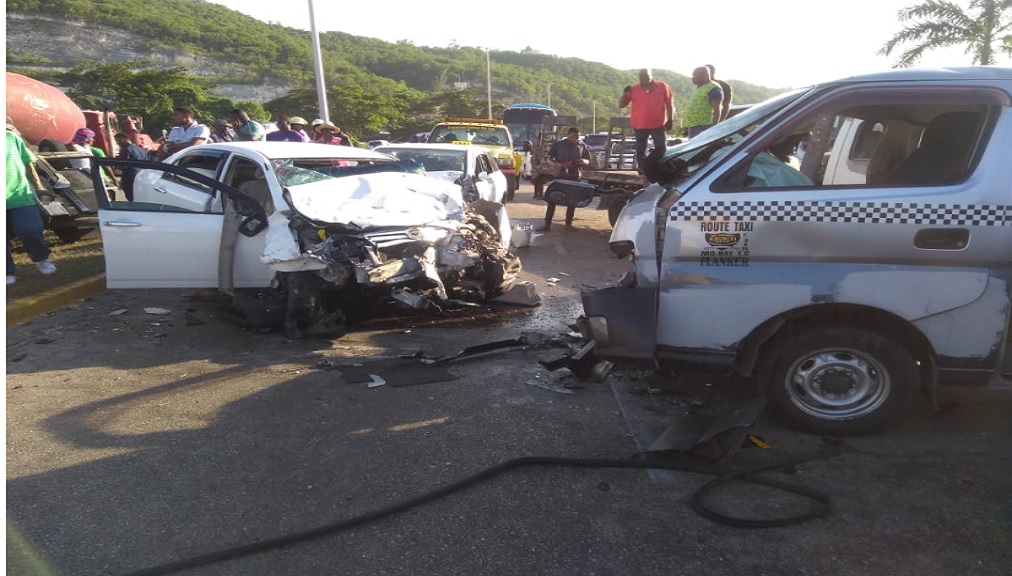 Two drivers lost their lives and close to 20 persons, mainly students, were injured in a three-vehicle collision in St James on Monday evening.

The deceased, both of St James addresses, have been identified as Noel Henry, 34, of Long Bay, and Anthony Forbes of Flankers.

Reports are that shortly after 4 pm, a Nissan minibus, driven by Forbes, was transporting a group of students from Montego Bay in the direction of Rose Hall in St James, when upon reaching a section of the Flankers main road, a Toyota Corolla motorcar, driven by Henry, which was traveling in the opposite direction and transporting one passenger, reportedly veered into its path.

The minibus and the motorcar collided head-on.

A Nissan motorcar then slammed into the back of the minibus, behind which it was being driven closely.

The three drivers who were involved, and their passengers, including the students, were rushed to a hospital, where Henry and Forbes were pronounced dead.

The students, the driver of the Nissan motorcar, and the passenger who was in the Corolla motorcar were all treated at the hospital.