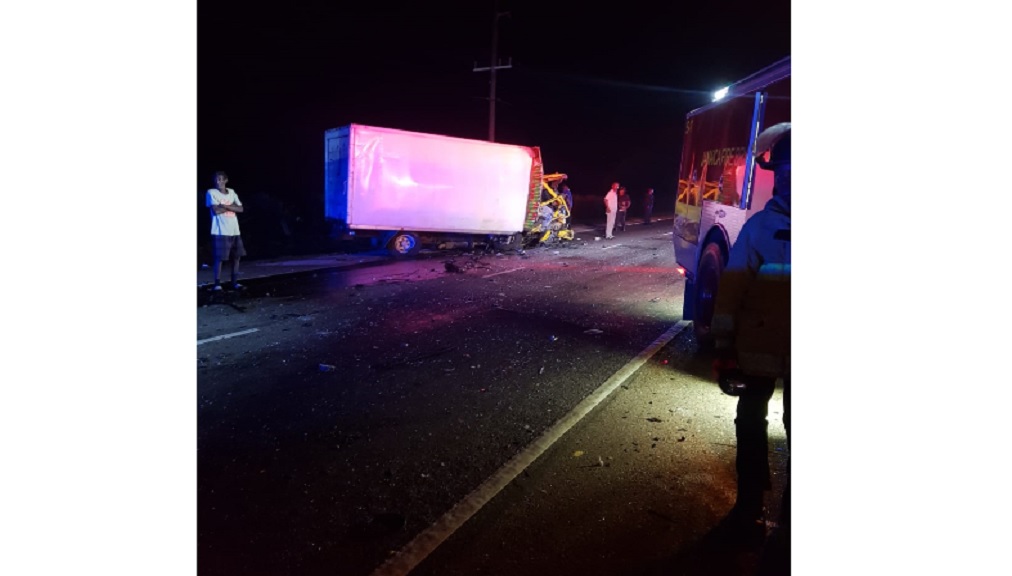 Two males succumbed to injuries they sustained in a two-vehicle crash on the Braco main road in Trelawny on Friday morning.

The deceased have been identified as 26-year-old Kenroy Lewis of Jericho district in Clarendon, and 19-year-old John Mills of Galina, St Mary.

According to reports, at about 4.30 am, Lewis was driving a motorcar along the roadway with Mills and another man as passengers.

Lewis reportedly lost control of the vehicle, which collided with a motor truck, resulting in the car overturning.

The injured persons were taken to the hospital, where Lewis and Mills were pronounced dead.

Two other injured persons were admitted for medical treatment.

The driver of the motor truck was also treated for minor injuries at the hospital, and was released.

The Trelawny police have since launched a probe into the incident.

Since the start of the year, more than 418 persons have died from crashes on the nation's roadways. As a result, the Road Safety Unit (RSU) in the Ministry of Transport and Mining has continued to appeal to motorists to desist from speeding on the roads.