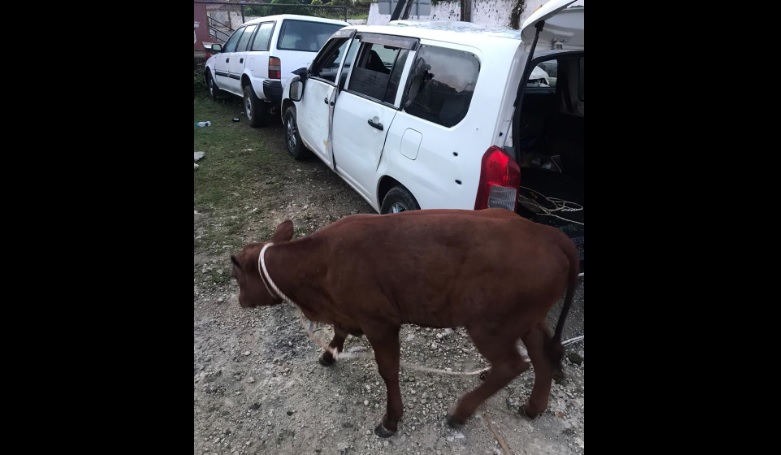 One of two calves who were recovered by the police in St Ann on Friday after a violent clash with cow thieves in the parish.

Anti-praedial larceny activities in Claremont, St Ann on Friday resulted in detectives arresting two suspected cattle thieves following a brazen gun attack on a police team in the parish earlier in the day.

Acting Commanding Officer for the division, Superintendent Carlos Russell, in giving an update on the incident, said the police officers who came under attack escaped injury and remain in good spirits.

Russell also disclosed that as detectives followed investigative leads, they have identified several men who they believe may be able to assist them in the probe. The men are being asked to turn themselves in to the St Ann’s Bay police by 5 pm on Monday, October 5.

3. A man known only as ‘Jermaine’ of a Kingston address

4. A man known only as ‘Tall Man’ of Windsor district, St Ann's Bay

The superintendent said the persons of interest were identified in the aftermath of an incident that unfolded at about 12:35 am on Friday, October 2 in the Ramble area of the parish.

A police team reportedly intercepted a Toyota Probox motorcar along the Ramble main road and signalled the driver of the motorcar to stop. However, he refused and sped off, but crashed into a section of the service vehicle in the attempted to escape. 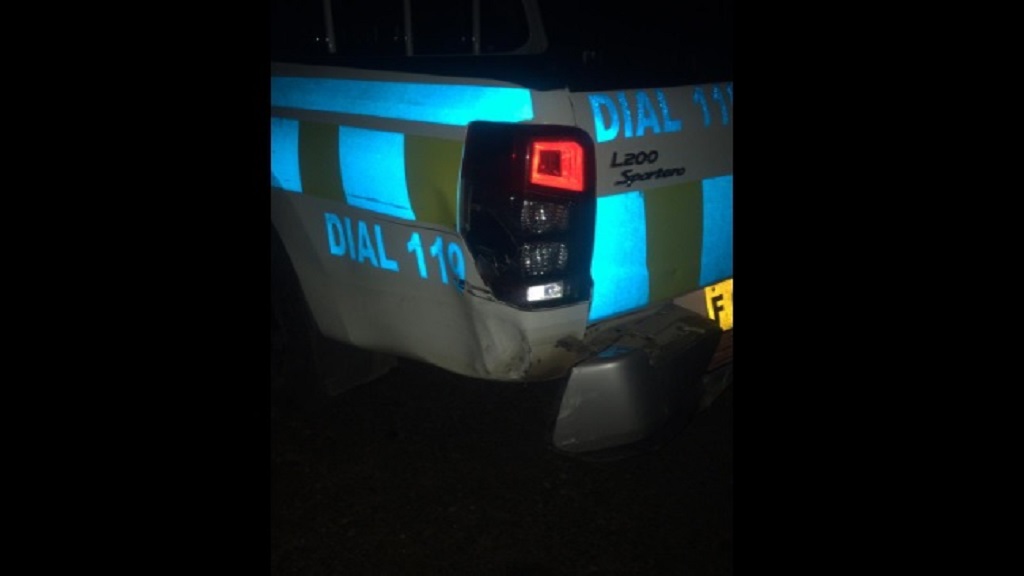 The police service vehicle which was damaged during a violent encounter with cow thieves in St Ann on Friday.

Armed men aboard the vehicle then opened gunfire at the police, who responded by returning the gunfire.

The Probox was then driven off again.

The police team pursued it and found it abandoned along a section of the road.

When the police officers searched the motor vehicle, they found two calves inside.

The motor vehicle was seized and the owner of the calves identified, while detectives continued to explore leads.

Later the same day, law enforcers arrested a man and a woman in connection with the investigation. The man, who had a gunshot wound to a leg, was assisted to a hospital for treatment and was later released into police custody.

The identities of the suspects have been withheld, pending further investigation by the police.

The matter has been reported to the Inspectorate and Professional Standards Oversight Bureau (IPROB) of the police force and the Independent Commission of Investigations (INDECOM).

Anyone with information that can assist investigators is being asked to contact the St Ann’s Bay police at 876-978-2209, Crime Stop at 311, the police 119 number, or the nearest police station.

Reward being offered for cattle stolen from WINDALCO farm

Men caught with stolen cattle locked down until December