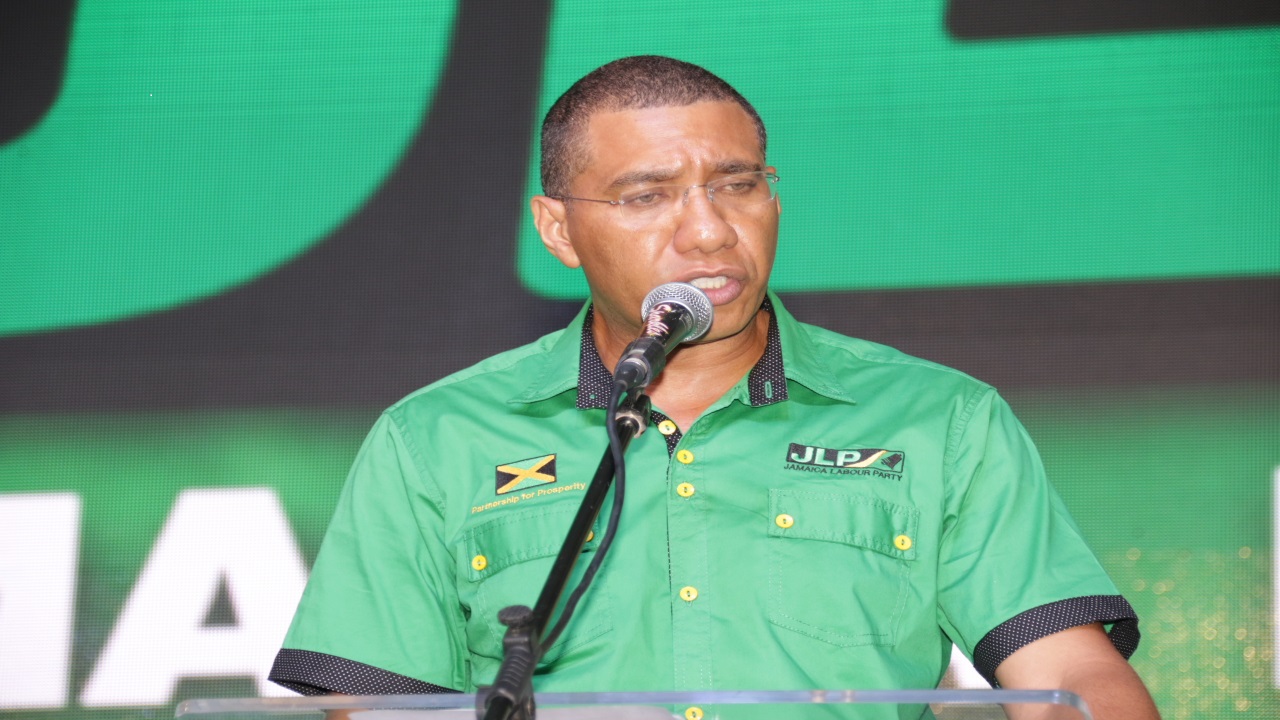 Some 20 communities across the island are responsible for more than 50 per cent of violent crimes being committed nationally!

That is according to Prime Minister and Jamaica Labour Party (JLP) Leader, Andrew Holness, who gave the position on Sunday while addressing the party’s annual conference at the National Arena in Kingston.

Holness said the Zones of Special Operations (ZOSO), where members of the security forces are deployed to violence-plagued communities for up to 60 days at a time, and where targeted interventions by certain state agencies take place, were set up specifically to target these communities. This means there are an additional 18 communities that could see a ZOSO at any time, subject to the availability of resources.

Of the two communities already targeted by the ZOSO – Mount Salem in the violence-torn Montego Bay, St James, and Denham Town in West Kingston, the Prime Minister said “the results have been excellent”.

According to him, ”crime in those areas literally gone (down) to zero”.

He said many persons in other areas are now calling for a special zone to be set up in their communities.

However, he cautioned that while the Administration will be rolling out more ZOSOs, it cannot be done overnight.

“To do this kind of policing where the rights of citizens are protected takes time and planning and resources,” he said.

The prime minister promised that the Government is going to rescue those communities to ensure they no longer contribute significantly to the crime situation in the country.

NWA to rehabilitate 12 roads in Mt Salem under ZOSO