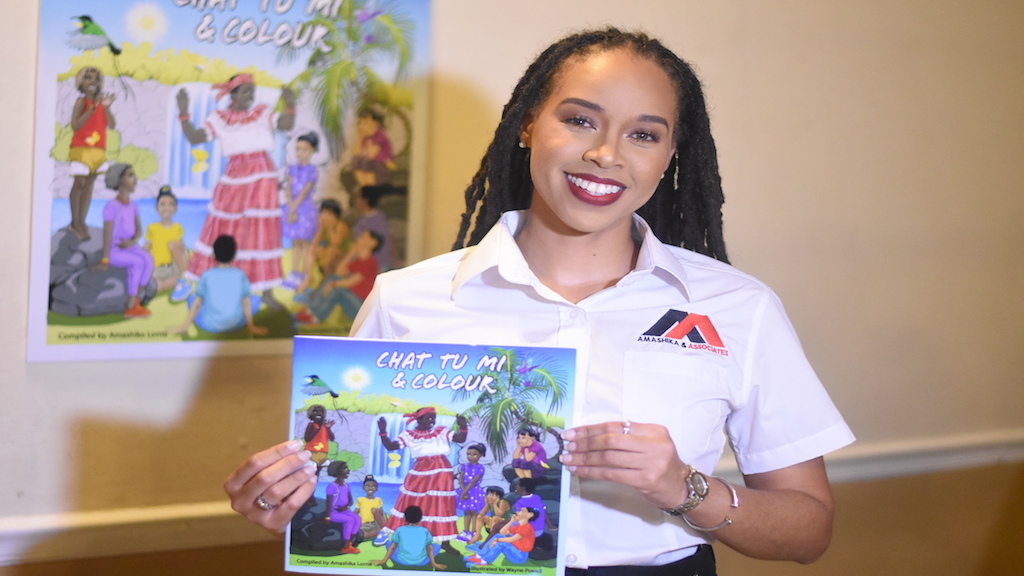 Television presenter and writer, Amashika Lorne has released her patois-themed colouring book and by the look of it, the book will do well with the children.

Lorne held a book release for "Chat Tu Mi and Colour" at the Terra Nova Hotel on Tuesday and said the work was a tribute to the language spoken freely by Jamaicans. She believes the language should be officially recognised as a valid means of communication.

“The time is now for us to join this fight in making Jamaican a language right beside English,” Lorne said.

“Chat Tu Mi and Colour” is Lorne’s attempt to continue a legacy started by her parents, Miguel and Audrey Tulloch-Lorne who published the Jamaican themed “A Fe Wi Sinting” - a compilation of Jamaican proverbs and art.

“The creation is merely a newer and improved model of their initial creation, with my own creative direction and twist. A new and integral part of this book however, is the inclusion of the Cassidy Jamaica Language Unit Writing System. This is the writing system for what many people call patios or simply Jamaican,” her foreword states.

The book was conceptualised by Lorne and was illustrated by Wayne Powell.

She paid special tribute to Professor Hubert Devonish of the University of the West Indies Department of Language, Linguistics and Philosophy, who said she provided great assistance with helping the project come to fruition.

“I cannot thank Professor Devonish enough for his help with the book,” she said.

She was also grateful for the inspiration provided by her parents especially.

Fraser-Pryce to release 'I Am A Promise' book in September