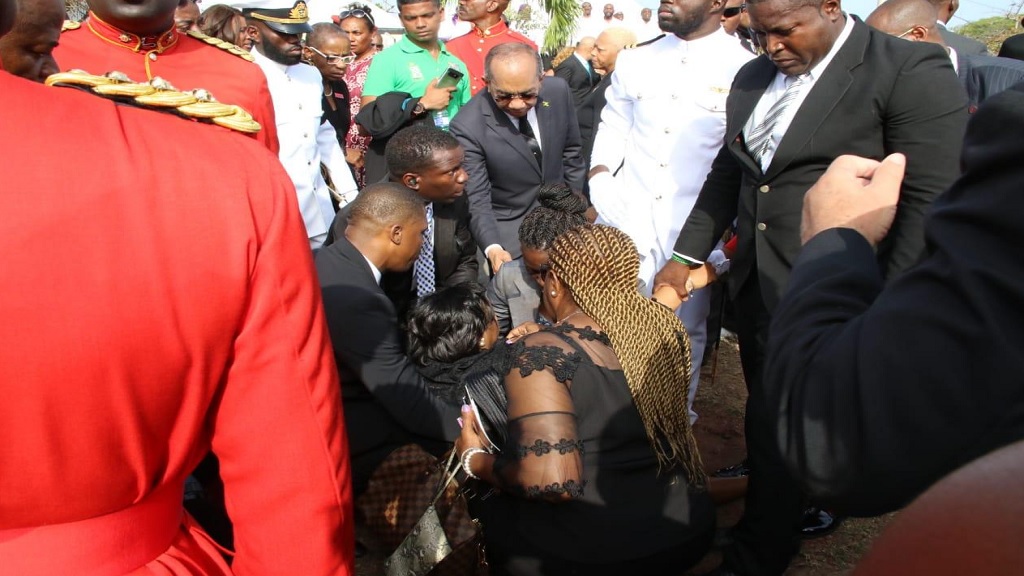 Concerned persons gather around the Premier of the Turks and Caicos Islands after she collapsed at the graveside on Sunday, shortly after the interment of Edward Seaga at the National Heroes Park.

Turks and Caicos Premier, Sharlene Cartwright-Robinson, was whisked away to hospital after she collapsed at the graveside of former Jamaican Prime Minister, Edward Seaga, minutes after the final burial rites were performed.

As mourners were leaving the area and dignitaries were being picked up by their respective drivers and security teams, Cartwright-Robinson was placed on a stretcher and put inside an ambulance by medical personnel and some Jamaica Defence Force Military Police personnel.

The extent of her illness is not yet known. 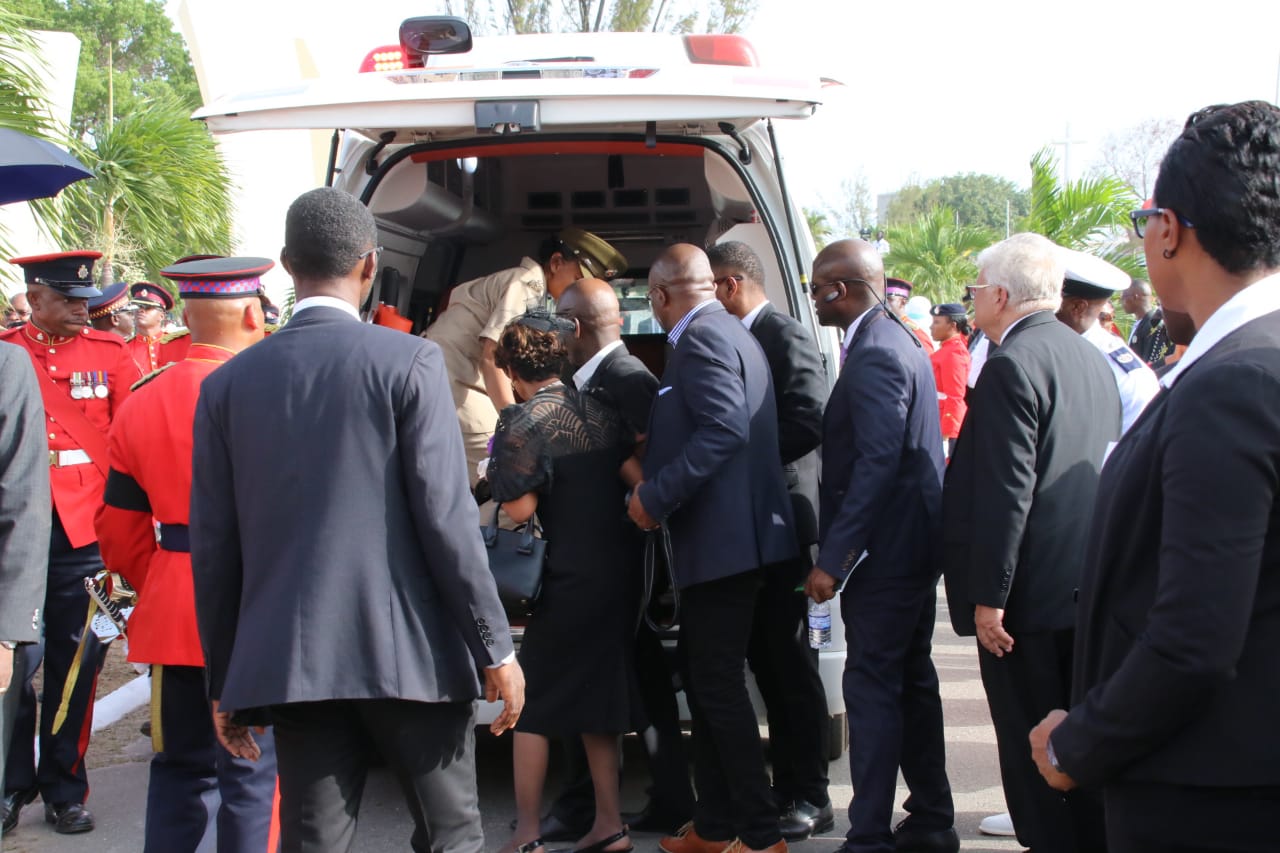 The Turks and Caicos Premier being placed in an ambulance.

A number of persons had also collapsed or fainted during the long funeral service, and had to be assisted at a makeshift health facility at the church grounds.

Officials from the Ministry of Health refused to give a figure of the number of persons who were treated for illnesses, citing 'protocol' as their reason for declining to provide the information.

However, a teenage schoolgirl was seen being taken to the facility in an ambulance after she fainted while standing in the sun.