Tuff Like Iron aims to inspire hope with 'Ilemental' 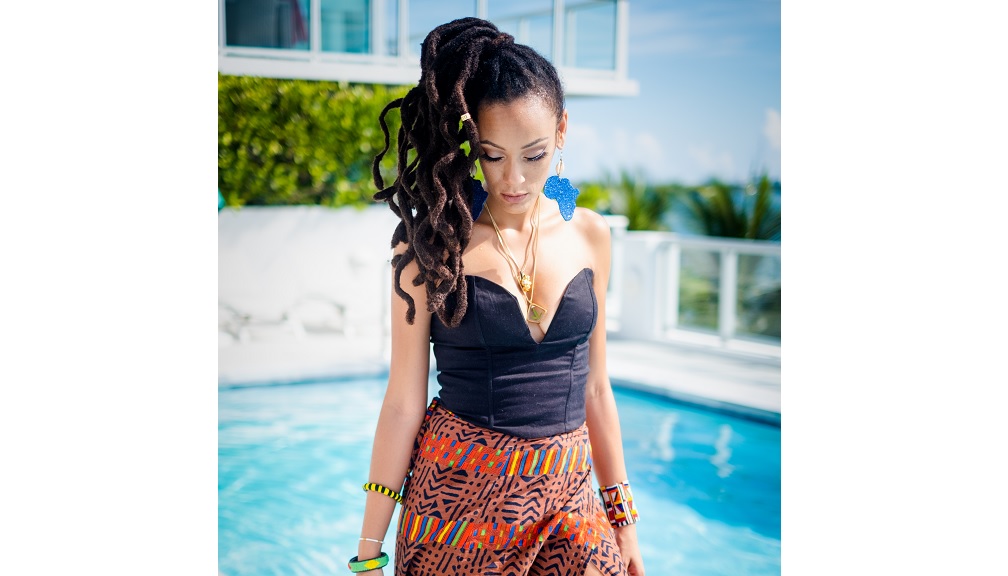 Trinidad-born, St Vincentian reggae singer Tuff Like Iron is pleased that racist statues are being toppled in the UK, and believes that all monuments with links to slavery "should be taken down".

"It's great to see that people are waking up to an extent, those racist statues should have come down long time. It's crazy that we're living in a world where black people are trying to convince other people that their lives matter, and that idea is being met with resistance," Tuff Like a Iron said.

"It's great to see that there are lots of white people now standing up to say that police brutalizing black people is wrong, and to see the resistance from the cops is amazing, almost like they're saying the answer to your complaints is more police brutality so I say yes, dismantle all those racist statues and monuments."

Since the death of George Floyd, an unarmed black man, at the hands of police last month, there has been a wave of protests in the USA. But last week, those protests started gaining traction in other countries around the world, too. The protests started out of solidarity with black Americans, but soon morphed into protests of their own grievances regarding systemic racial injustice in their home nations.

Protests in Bristol, England, for example, led to residents toppling the statue of 17th-century slave trader Edward Colston and tossing it into a river. A statue of noted slaveholder Robert Milligan, a prominent British slave trader who owned two sugar plantations and 526 slaves in Jamaica has been removed from outside the Museum of London Docklands. Thousands of people gathered outside an Oxford college in the UK  to demand the removal of a statue of imperialist Cecil Rhodes.

A statue of Christopher Columbus in Boston was beheaded, and another Columbus statue vandalised in Virginia.

"They should topple all down," Tuff Like a Iron said militantly. "I have been burning down Babylon a long time and it seems other people are catching up now."

The talented singer, who is also a songwriter and producer, has released her sophomore album, 'Ilemental' just as the world begins to open its borders and recover from the COVID-19 pandemic that caused the lockdown of millions of people.

"Nature is still open for business," Tuff Like a Lion said. "We have to get back to living again, and this album, 'Ilemental' is a way for us to affirm life. It addresses love, and the environment, and is a soundtrack for renewed life and hope after the pandemic."

The confirmed global death toll from the COVID-19 virus has reached at least 400,000 fatalities while, worldwide at least 6.9 million people have been infected by the virus, according to Johns Hopkins University.

In the meantime, Tuff Like Iron is banking on the success of the album, a sweet fusion of reggae, roots, hip hop, R&B and Afrobeats inspired sounds, all infused with the artiste's upbeat trademark personality.

"This album features 10 tracks plus a remix and skits. The first single released is 'Ganja Army'.  We shot a quarantine video for the song, we did it with a phone, and we  invited fans all over the world to submit videos with marijuana plants and with them smoking the herb to incorporate in the video. The video is very pro-environmental," the artiste whose real name is Kindele Aixe, said.

The 'Ilemental' effort, which is her second album, was released on all digital music platforms via Sam Diggy Music on May 28th.

Tuff Like Iron is forever inspired by her Trinidadian heritage and a truly kaleidoscopic kind of life lived between Kingston and Brooklyn - with a little California sun in the mix. She made her name on the Brooklyn fashion circuit, but a beautiful turn of events caused her to embrace music.

She released her first EP, '1986' for Jah Ova Evil Records in 2014 and her debut album “Ironic” was well received by reggae lovers and distributed by Tuff Gong International.