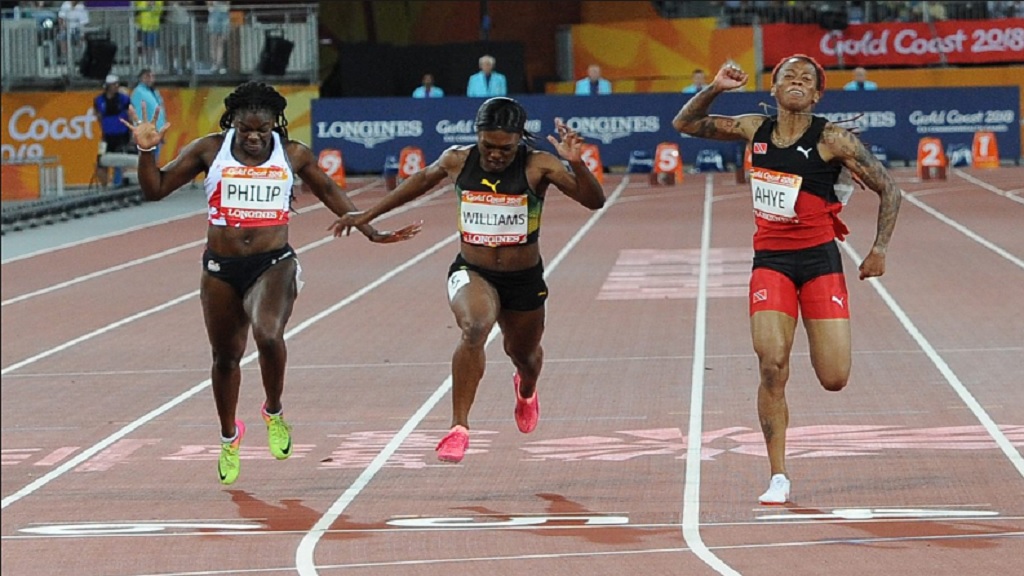 Michelle-Lee Ahye (right) wins the women's 100m at the 2018 Commonwealth Games in Australia.

Commonwealth Games 100m champion, Michelle Lee Ahye says she is “saddened” by the circumstances under which she and her wife Chelsea Renee have parted ways - but insists that she wasn't charged in relation to allegations that she abused the woman she married in May 2018.

Reports emerged Thursday that the Trinidadian was arrested on June 20 in Houston, Texas, accused of domestic abuse. She was released on June 21, the Trinidad Guardian newspaper reported.

The newspaper also made reference to a post on social media from an account believed to be that of Ahye’s estranged wife, Chelsea Renee, that accused the athlete of wrongdoing.

Ahye responded to the reports with her own post on social media later on Thursday that seemed to confirm that she and her wife had gone their separate ways.

“No charges were laid against me. I am highly saddened and hurt by the situation and wishes nothing but the best to Chelsea and her future endeavours,” said Ahye.

“I am currently in Europe refocusing my attention to the upcoming European circuit and the upcoming international competitions where I am carded to represent T&T not to mention while doing what I love. We kindly ask that the public can respect my family’s privacy at this time.”

Trinidad and Tobago to host the 2021 Commonwealth Youth Games