Tsitsipas to US Open umpire in tirade: "You're all weirdos" 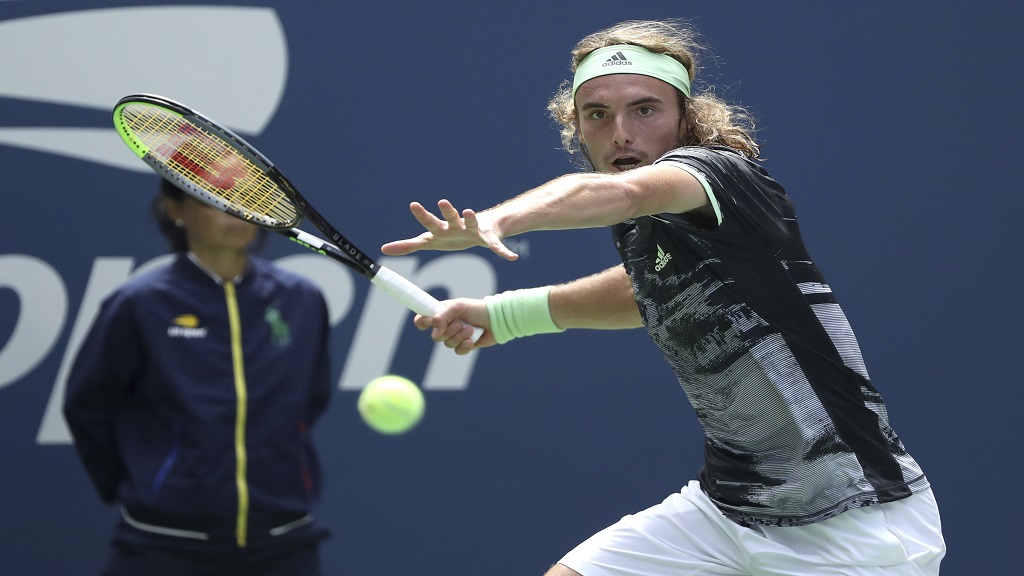 Stefanos Tsitsipas, of Greece, returns a shot to Andrey Rublev, of Russia, during the first round of the US Open tennis tournament Tuesday, Aug. 27, 2019, in New York. (AP Photo/Kevin Hagen).

Stefanos Tsitsipas accused a U.S. Open chair umpire of having a bias against him during a tirade in which he told the official, "You're all weirdos!"

Tsitsipas told Damien Dumusois that the cause of his bias was "because you're French probably and you're all weirdos!"

The argument came midway through the fourth set of Tsitsipas' 6-4, 6-7 (5), 7-6 (7), 7-5 loss to Andrey Rublev on Tuesday in the first round, when the No. 8 seed from Greece appeared to be battling cramps and was slow to return to the court after losing his serve.

Dumusois told Tsitsipas it was time to play, but Tsitsipas was still reaching into his bag for a new headband and screamed at Dumusois that he still needed time to change. Dumusois responded that Tsitsipas would be penalized.

"I don't care," Tsitsipas replied. "Do whatever you want, because you're the worst."

Tsitsipas had been angry that Dumusois believed he was getting coaching during the match from his father, Apostolos, which is not allowed.

"The chair umpire was very incorrect in what he was telling me during the match," Tsitsipas said afterward. "I don't know what this chair umpire has in specific against my team, but he's been complaining and telling me that my team talks all of the time when I'm out on the court playing. He's very — I don't know. I believe he's not right because I never hear anything of what my team says from the outside."

Tsitsipas added that he thought tennis needed more umpires who are fair to all players.

"I feel like some of them have preferences when they are on the court," he said.

Tsitsipas lost in the first round for the second straight major tournament after opening his season by beating Roger Federer en route to the Australian Open quarterfinals. He said the influence from Dumusois was one of his problems Tuesday.