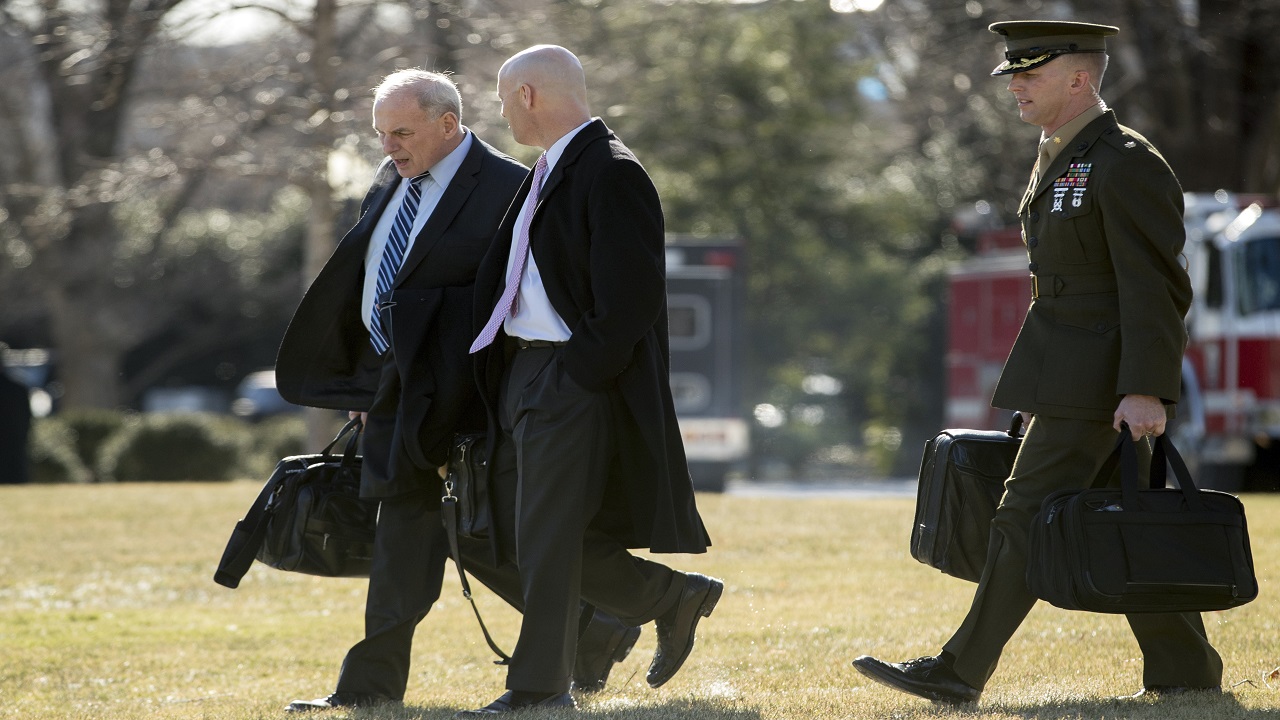 Entering a grueling year that is sure to bring fresh challenges at home and abroad, Trump faces a brain drain across a wide swath of government functions, threatening to hamstring efforts to enact legislation or conduct even basic operations. Some departures are expected to come from senior ranks — the staff churn that makes headlines — but more are likely among the lesser-known officials who help to keep the White House and Cabinet agencies running.

In Trump's first year, his administration's upper-level officials have had a turnover rate of 34 percent, much higher than any other in the past 40 years, according to an analysis by Kathryn Dunn-Tenpas, a non-resident senior fellow at the Brookings Institution. The study found that 22 of the 64 senior officials she tracked have resigned, been fired or reassigned.

The presidency with the next-highest first-year turnover rate was Ronald Reagan's, with 17 percent of senior aides leaving in 1981. And Trump's first-year rate is three times Bill Clinton's 11 percent and Barack Obama's 9 percent.

"This is very unusual. It's significant because the prior administration that had the greatest turnover was Reagan and Trump doubled it," said Dunn-Tenpas, who will update her preliminary data on the anniversary of Trump's inauguration. "Moreover, there are more senior-level departures, including the chief of staff, the press secretary and the national security adviser."

Those were Reince Priebus, Sean Spicer and Michael Flynn, all long gone.

New power players in the West Wing may not yet be household names, but they will likely help shape the fortunes of Trump's 2018. Johnny DeStefano, a White House aide and Beltway insider who once worked for former House Speaker John Boehner, has now taken on oversight of the White House political operation in addition to his other duties, according to an administration official not authorized to speak publicly about personnel matters.

DeStefano gained Trump's trust in weekly meetings discussing hiring across the administration, an official said, and is expected to take on a broader role in guiding political affairs in the midterm election year.

DeStefano is working alongside political director Bill Stepien, who came under fire after a series of White House missteps in the recent Alabama Senate race, which gave the Democrats their first Senate seat there in a generation.

In a heated White House meeting last month, some Trump allies — including former campaign manager Corey Lewandowski — argued that the political shop was failing the president, according to two people with knowledge of the meeting but not authorized to discuss it publicly. The allies warned that if the Democrats were to seize control of the House this November, they could begin impeachment proceedings that would imperil Trump's presidency.

"Donald Trump is all about results, and if he thinks things are going positive and well, I think that redounds to the team," said Trump friend Chris Ruddy, head of the conservative news site NewsMax, who spent time with the president in Florida over the holidays. "But if the approval numbers don't improve, I think he'll make changes to improve things. That's his way."

Much of the staff turnover in recent months was driven by John Kelly, who began his tenure as chief of staff by cracking down on internal rivalries and dismissing attention-seeking aides like Omarosa Manigault-Newman. Kelly has already quietly tapped Jim Carroll as deputy chief of staff, replacing Kirstjen Nielsen, the new Homeland Security secretary. Marc Short, head of legislative affairs, has also expanded his portfolio. Deputy Chief of Staff Rick Dearborn is expected to leave the West Wing in coming months.

Other aides who are leaving — including deputy national security adviser Dina Powell — have not been forced out, but rather are departing around the one-year mark, a relatively common practice in other White Houses. Powell is to be replaced by Nadia Schadlow, a confidante of National Security Adviser H.R. McMaster who oversaw the president's first National Security Strategy document.

But more high-profile changes may be on the horizon.

Secretary of State Rex Tillerson, whose relationship with Trump has proved fraught, has long been rumored to be on the way out, with CIA Director Mike Pompeo discussed as a likely replacement. Both Trump and Tillerson have publicly denied he is leaving.

Gary Cohn, the director of the National Economic Council, may depart after helping steer the tax bill to victory

"I have no reason to know of any personnel change whatsoever," Sanders said Thursday. "And we're moving full force ahead into 2018 to make sure we get a lot accomplished."

From the start, the administration struggled to find highly qualified candidates across the administration, largely owing to the president's unpopularity with the Washington political class. A spate of nominees for sub-Cabinet jobs and judicial appointments have been forced to back out over ethics concerns or because they were so unqualified even Republican lawmakers objected to their appointments. Others have been spooked by the ongoing Russia investigation, or widely documented stories of internal strife and dysfunction, while a number of qualified candidates have been ruled out because they opposed Trump during the 2016 campaign.

"President Trump has earned the right as an outsider to create an outsider White House," said Fleischer. "I don't begrudge him turning his back on the Washington establishments. It's time for new people."

Trump doesn't want to talk about Flynn pardon 'yet'