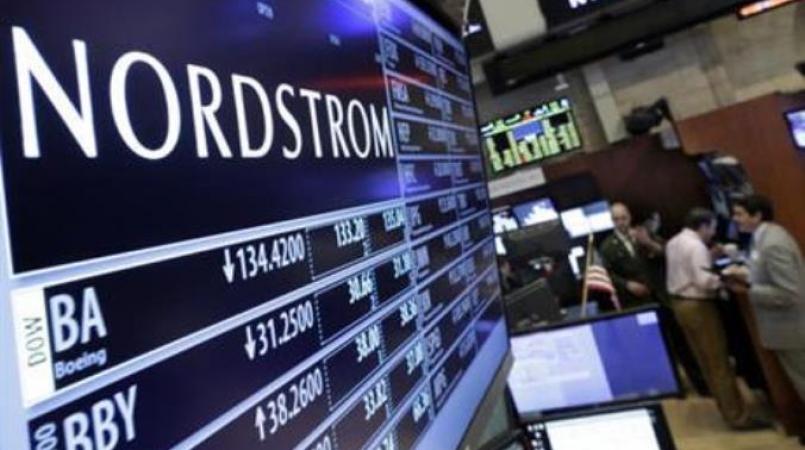 In the message, Trump said, "My daughter Ivanka has been treated so unfairly by @Nordstrom. She is a great person — always pushing me to do the right thing! Terrible!"

Posted first on his personal account, it was re-tweeted more than 6,000 times in less than an hour. It was also retweeted by the official @POTUS account. Companies such as the U.S. automakers, Boeing and Carrier have been the targets of Trump's tweets in the past, but that this one was about a business run by his daughter could raise conflict-of-interest concerns.

Trump's presidency has raised unprecedented concerns about ethical conflicts. His plan to separate himself from his sprawling real estate business has been criticized by ethics experts, who say it doesn't do enough to make sure that Trump won't make decisions to personally benefit himself, his family or his company.

Nordstrom didn't immediately respond to a request for comment. The company's shares had dropped after the tweet, like others Trump has mentioned in the past, but they later recovered to be up about 3 percent.

A social media campaign called "Grab Your Wallet" has urged a boycott of stores that stock Ivanka Trump or Donald Trump products, though the companies that have stopped ordering or cut back on the Ivanka Trump brand have not mentioned it.

Nordstrom said last week its decision was based on the Ivanka Trump brand's performance, and that each year it replenishes about 10 percent of its supply with new products. On its website alone it has more than 2,000 products on its website alone. "Reviewing their merit and making edits is part of the regular rhythm of our business," it said.

Retailer Belk Inc. told The Associated Press in an email Wednesday that it will no longer be carrying the Ivanka Trump brand on its website, but will still offer the merchandise at its stores. The New York Times reported that TJX Cos., which operates T.J. Maxx, told employees not to display Ivanka Trump goods separately and to discard the brand's signs, according to a memo obtained by the paper. In an email to The Associated Press, TJX spokeswoman Doreen Thompson said that "at this time, we continue to offer the line of merchandise."

Rosemary K. Young, senior director of marketing at Ivanka Trump, said last week that the brand is expanding and saw "significant" revenue growth last year compared to the previous year. Ivanka Trump has said she would take a leave of absence from her clothing and accessories business as well as the Trump organization.

White House spokesman Sean Spicer said Trump was responding to an "attack on his daughter" when he posted the tweet and that "he has every right to stand up for his family and applaud their business activities, their success."

"For someone to take out their concern with his policies on a family member of his is not acceptable," Spicer said.

Trump's tweet was posted at 10:51 a.m., a little over 20 minutes after the scheduled start of the president's daily intelligence briefing in the Oval Office. Spicer waved off reporters' questions about the timing, saying the president was not otherwise occupied when he wrote the tweet.

It's not the first time Trump's tweets have at least temporarily affected a stock. But companies are clearly wrestling with a new dynamic.

"What we are seeing is that we are living in a world with a different kind of chief executive in the White House," said Matthew Shay, president and CEO of the National Retail Federation trade group. "He has a strong opinion on issues. We are learning to work in the environment."

FEATURED IMAGE CAPTION: In this May 13, 2016 file photo, the Nordstrom logo is displayed above the post where it trades on the floor of the New York Stock Exchange in New York. Nordstrom shares sunk after President Donald Trump tweeted that the department store chain had treated his daughter Ivanka "so unfairly" when it announced last week that it would stop selling Ivanka Trump's clothing and accessory line.