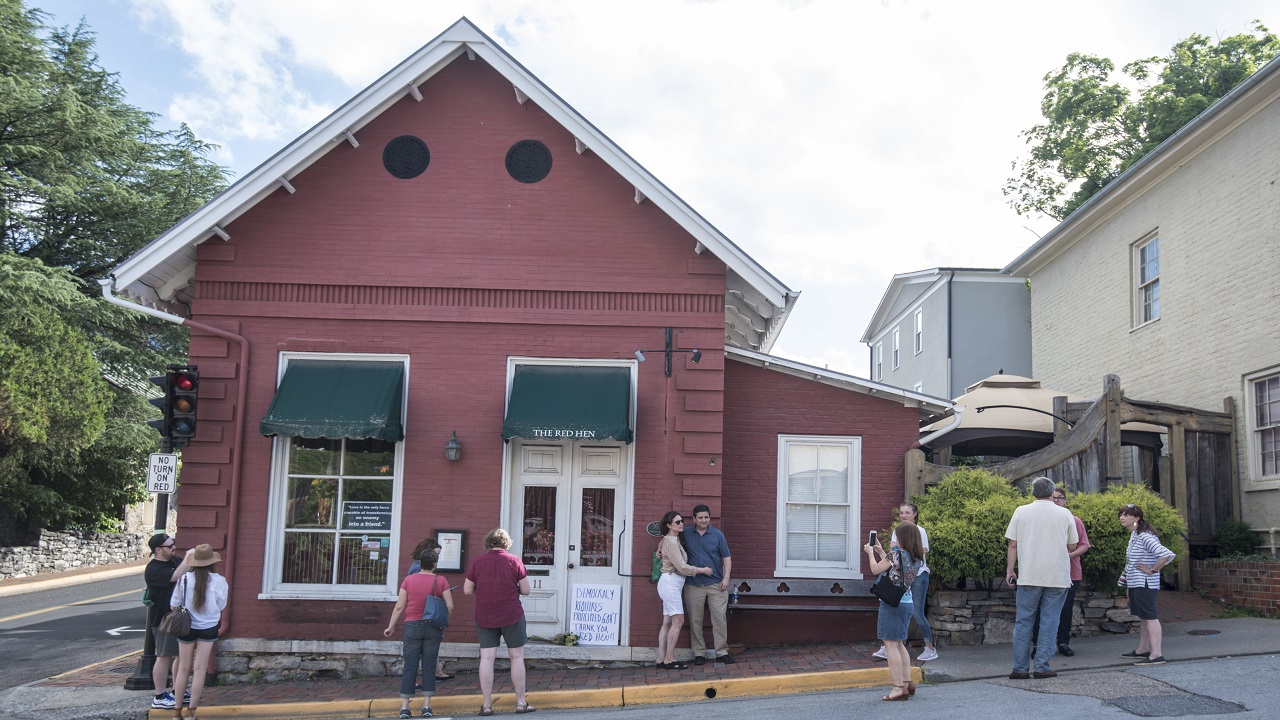 President Donald Trump on Monday trash-talked a Virginia restaurant that asked his press secretary, Sarah Huckabee Sanders, to leave because she worked for his administration.

Trump, in a Monday morning tweet, said that The Red Hen restaurant in Lexington, Virginia "should focus more on cleaning its filthy canopies, doors and windows (badly needs a paint job) rather than refusing to serve a fine person like Sarah Huckabee Sanders".

"I always had a rule, if a restaurant is dirty on the outside, it is dirty on the inside!" added Trump, an admitted germophobe who has said he prefers eating at fast food chains rather than independent eateries because he trusts them more.

Images of the restaurant, a three-hour-drive from Washington, online appear to show no evidence of serious disrepair, with clean-looking green awnings and white paint on the doors and trim.

Sanders tweeted over the weekend that she was asked to leave the restaurant by its owner on Friday evening because she worked for Trump. Sanders said she "politely left" and that the owner's "actions say far more about her than about me".

The restaurant's co-owner, Stephanie Wilkinson, did not immediately respond to a request for comment on Monday, but she told The Washington Post that her reasons for booting Sanders included the concerns of employees who were gay and knew Sanders had defended Trump's desire to bar transgender people from serving in the military.

Several other Trump administration officials, including Homeland Security Secretary Kirstjen Nielsen, have been confronted in public in recent days amid intense fury over an administration policy that led to a spike in the number of migrant children being separated from their parents after crossing the border illegally.

Nielsen cut short a working dinner at a Mexican restaurant last week after protesters shouted, "Shame!" until she left. Trump policy adviser Stephen Miller was accosted by someone at a different Mexican restaurant, who called him "a fascist", according to the New York Post.

The displays of hostility have set off a fierce debate about whether politics should play a role in how administration officials are treated in public, with Sanders's father, former Arkansas Governor Mike Huckabee, denouncing his daughter's treatment as "bigotry".

Migrant children: Trump to 'sign something' to end separations