Trump set to embark on 1st vacation since inauguration 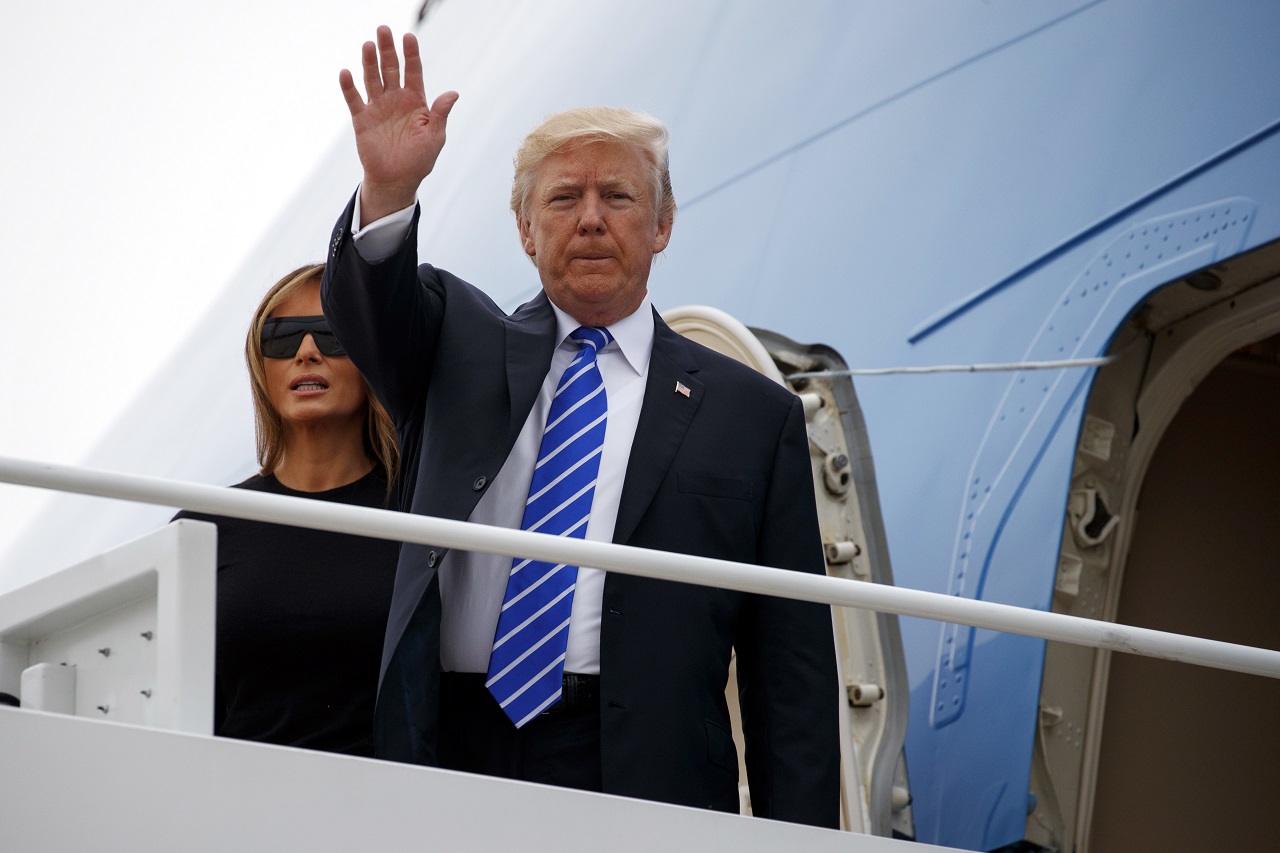 Donald Trump once questioned the wisdom of taking vacations. "What's the point?" he asked.

But now the president is getting ready to join the annual August exodus from this town he calls "the swamp." Trump is due to set out Friday on his first extended vacation from Washington since the inauguration — a 17-day getaway to his private golf club in central New Jersey.

The president's vacation could be driven, in part, by necessity. Everyone who works in the White House West Wing, including the Oval Office occupant himself, will be forced to clear out by week's end so that the government can replace the balky, 27-year-old heating and cooling system.

But the White House hasn't been entertaining questions about the president's August plans.

Asked whether Trump would be leaving Washington this month, given his recent warning that Congress should stick around until they vote on health care legislation, White House spokeswoman Sarah Huckabee Sanders said Tuesday: "We'll continue to keep you guys updated on his August schedule as those details are finalized."

Trump and his supporters like to tout his disdain for taking vacations, when the truth is he takes them constantly.

"Don't take vacations. What's the point? If you're not enjoying your work, you're in the wrong job," Trump wrote in his 2004 book, "Trump: Think Like a Billionaire."

He told Larry King in an interview that year that "most of the people I know that are successful really don't take vacations. Their business is their vacation. I rarely leave. You know that," Trump said. "You and I are friends. How often do you see me going away?"

Actually, Trump gets out of town quite often. So far, he has spent 13 of his 28 weekends in office away from the White House, mostly at his properties in Palm Beach, Florida, or in Bedminster, New Jersey, according to an Associated Press count. The figures include a weekend during official travel overseas, and Father's Day weekend at Camp David, the government-owned presidential retreat in Maryland.

Contrast Trump's own frequent getaways with his criticism, before and during last year's presidential campaign, of former President Barack Obama's vacations and frequent golf outings.

Trump said last year that he wouldn't have time for golf if he became president. "I'm going to be working for you, I'm not going to have time to go play golf," he told supporters in Virginia. But he plays golf whenever he's at his clubs; sometimes it's the full 18 holes, other times less than that. His staff rarely acknowledges that he plays, even when photos of him on the course pop up on social media.

Presidents have been escaping Washington's summer heat and humidity ever since Thomas Jefferson looked out of the White House windows and watched as a white fog that was believed to be toxic rolled in. Harry Truman played poker on the porch in Key West, Florida. Ronald Reagan rode horses at his mountain ranch in California.

Bill Clinton and Barack Obama both spent August vacations on Martha's Vineyard, the tiny Massachusetts island that serves as a summer playground for the rich and famous. George W. Bush retreated to his secluded Crawford, Texas, ranch to clear brush and ride his mountain bike.

Besides the replacement of the West Wing's heating and cooling system, repairs are also to be made to the steps on the South Portico, the side of the White House facing the National Mall. Cosmetic upgrades, including interior painting, replacing carpeting and curtains and fixing water leaks in the press office ceiling, are also on the maintenance list. Repairmen and others are expected to work around the clock during the coming weeks to complete all the upgrades by Aug. 21.

Presidents travel with the equivalent of a mini-White House made up of advisers, other aides and security, and they must be prepared to deal with a crisis at all hours and from wherever they are. But chronic stress affects the body's ability to resist infection, maintain vital functions and avoid injuries, Susan Krauss Whitbourne, then a professor of psychological and brain sciences at the University of Massachusetts Amherst, wrote in a 2010 paper on the website of Psychology Today subtitled "why presidents (and all of us) need vacations."

Stressed out people are more likely to get sick, have accidents, sleep poorly, be more irritable and less fun to be around. Whitebourne wrote that vacations break the "stress cycle."

"Perhaps it's good that someone as important as our president is showing that he believes it's beneficial to take a break from the office, get out and enjoy the outdoors in a little bit of a break in mindset and, we would hope, be able to go back to work refreshed and renewed and do a better job," Whitbourne, who currently teaches at the university's Boston campus, told the AP in a telephone interview. "I think that's the theory of vacations."

The Latest: Scaramucci out after 11 days in White House job