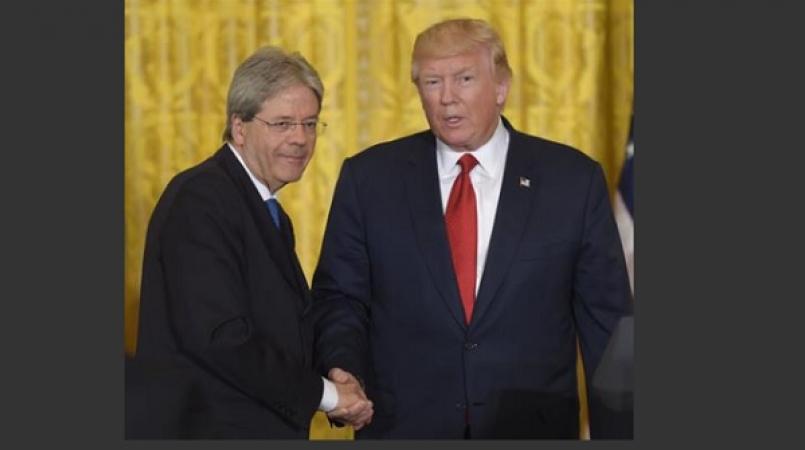 Iran is failing to live up to the "spirit" of the nuclear deal struck in 2015, President Donald Trump said Thursday, warning that his administration is debating whether or not to leave the landmark pact.

Trump, in a news conference with the visiting Italian premier, didn't telegraph whether he would ultimately decide to keep the U.S. in the deal or not, though he called it "terrible agreement" that was poorly negotiated. His comments came the same week that his administration certified to Congress than Iran is complying — at least technically — with the terms of the deal.

"They are not living up to the spirit of the agreement, I can tell you that," Trump said.

Under the deal, brokered by President Barack Obama and other world powers, Iran agreed to roll back key aspects of its nuclear program in exchange for relief from nuclear-related economic sanctions. Trump as a presidential candidate vowed to rip up the deal or renegotiate it, but hasn't said since taking office exactly how he'll proceed.

"I think they are doing a tremendous disservice to an agreement that was signed," Trump said. He added: "It shouldn't have been signed."

He said his administration would have more to say about the arrangement in the near future.

On another subject, as he stood alongside Italian Premier Paolo Gentiloni at the White House, Trump voiced optimism that the U.S. had successfully enlisted China to try to persuade North Korea to give up its nuclear weapons program. Trump said that "many" things had happened since his recent meeting with Chinese President Xi Jinping to suggest China was serious about using its influence over the North.

"We don't know whether or not they're able to do that, but I have absolute confidence that he will be trying very, very hard," Trump said.