Trump says East could use some 'global warming' this weekend 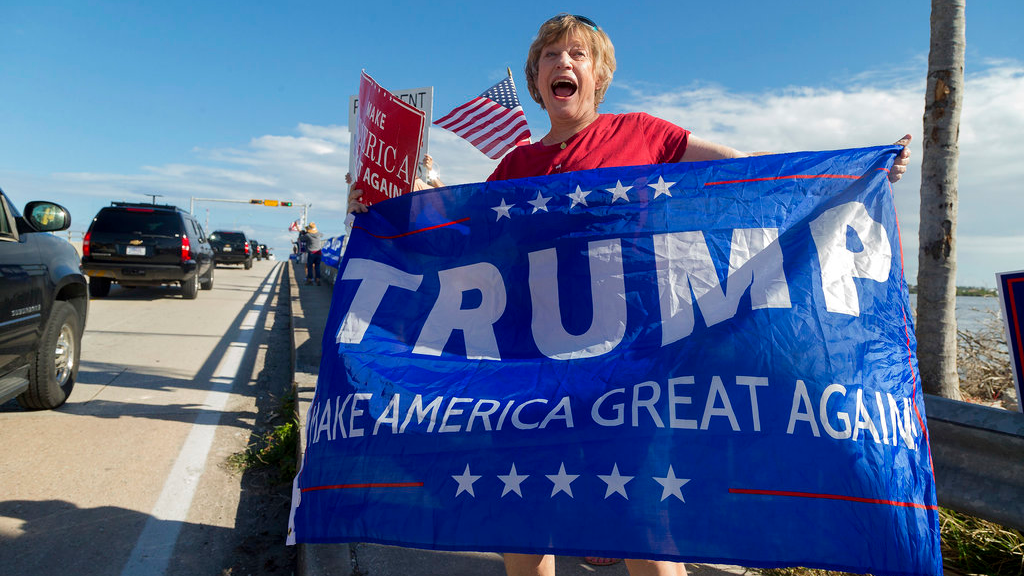 President Donald Trump says the East Coast "could use a little bit of that good old Global Warming" as bitterly cold temperatures are expected to freeze large swaths of the country this holiday weekend.

Trump wrote on Twitter Thursday, "In the East, it could be the COLDEST New Year's Eve on record." He added: "Perhaps we could use a little bit of that good old Global Warming that our Country, but not other countries, was going to pay TRILLIONS OF DOLLARS to protect against. Bundle up!"

The president did not acknowledge the difference between the weather and the climate. Weather refers to the atmospheric conditions during a shorter period, while climate is a longer view of weather patterns.

He announced earlier this year his intention to pull out of the landmark Paris climate agreement aimed at curbing greenhouse gas production. The accord set goals for slowing the rate of climate change by reducing the emissions that contribute to melting Arctic ice, increasing sea levels and changing weather patterns across the globe.

The U.N.'s weather and climate agency said last month that 2017 was on track to become the hottest year on record aside from those impacted by the El Niño phenomenon, which can contribute to higher temperatures.

In an impromptu interview with The New York Times Thursday at his golf club in West Palm Beach, Florida, Trump said he thinks special counsel Robert Mueller is "going to be fair" with respect to Mueller's investigation of Russian meddling in the U.S. presidential election last year and alleged ties between Trump campaign associates and Russia.

Trump said "everybody knows" his people did not collude with Russians, insisting the "real stories" involve Democrats and their relationship with Russians during the campaign. Trump also told the Times he wasn't worried about the uncertainty concerning when the Mueller investigation might be concluded.

Of the Mueller probe, he said it makes America "look very bad, and it puts the country in a very bad position."

"So the sooner it's worked out, the better it is for the country."

WATCH: Extreme cold in northeastern US