Trump hits back at late night shows critical of Republicans 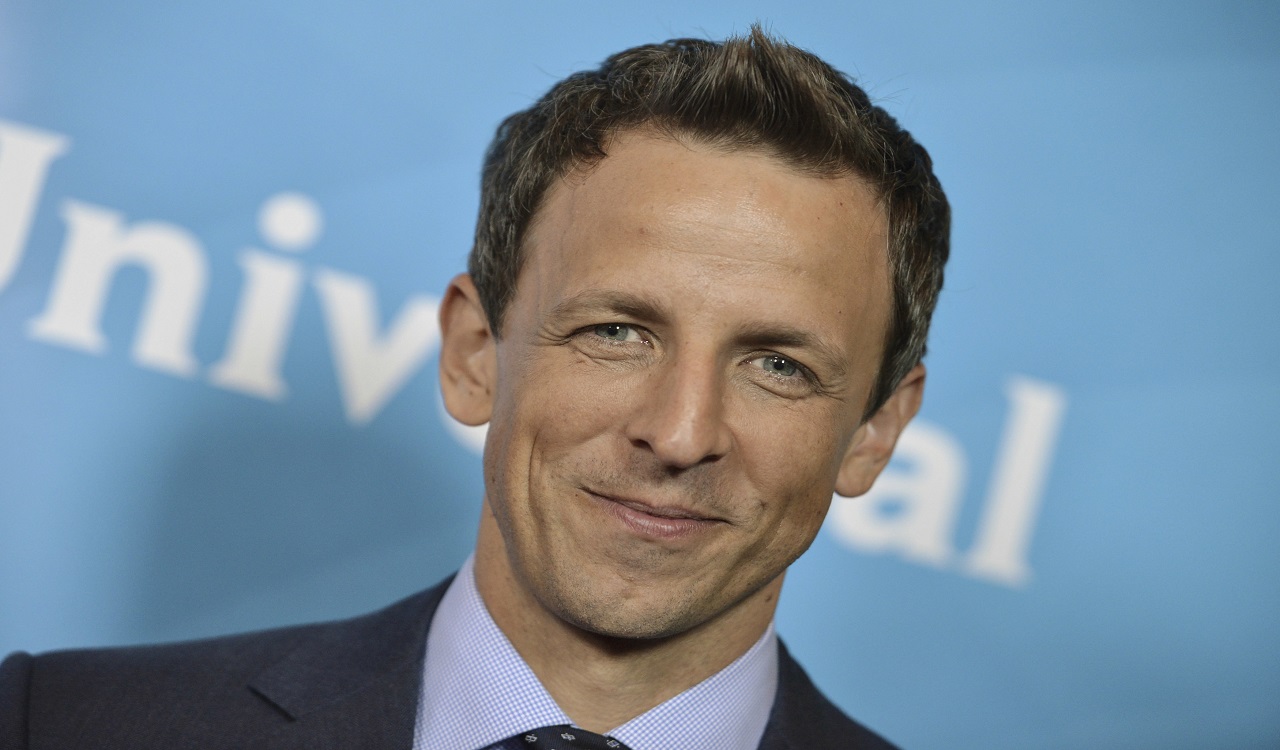 This July 13, 2014 file photo shows Seth Meyers in Beverly Hills, Calif. On Saturday, Oct. 7, 2017, Myers, who has been among the most vocal critics of President Donald Trump, tweeted that he'd "love" to have Trump on his NBC show, in response to one of his messages.

President Donald Trump lashed out Saturday against late night television show hosts who have been sharply critical of his administration and Republicans.

Trump took to Twitter to argue that the GOP should be given "equal time" because of the "one-sided" coverage, an apparent reference to Federal Communications Commission rules dealing with political candidates during elections.

"Late Night host(s) are dealing with the Democrats for their very 'unfunny' & repetitive material, always anti-Trump!" he tweeted. "Should we get Equal Time?"

Trump also suggested "more and more people" are clamoring for more coverage of Republicans, who control the White House and Congress

Seth Meyers, who has been among the most vocal Trump critics, immediately tweeted back that he'd "love" to have Trump on his NBC show, and sarcastically provided his studio address as "15 Penguin Avenue, Antarctica."

ABC's Jimmy Kimmel, another critic, added : "Excellent point Mr. President! You should quit that boring job - I'll let you have my show ALL to yourself #MAGA."

And Comedy Central's Daily Show responded by posting — "in the spirit of equal time"— Trump's now infamous off-camera comments in 2005 to an "Access Hollywood" host in which he used coarse language to boast about groping women.

Others pointed out that "equal time" is meant for campaign season, not to protect elected officials from being the butt of television humor.

"That's not how it works. You're not campaigning. You're the president," Mike DiCenzo, a writer and producer for NBC's "The Tonight Show with Jimmy Fallon," tweeted . "Now kindly stop tweeting nonsense and go do your job for once."

The FCC rule says political candidates should be treated equally by broadcast television stations when it comes to selling or giving away air time. Over the years, the commission has broadly exempted news programs, including late night talk shows, from the provision.

Trump's tweets followed shortly after a segment on Fox News' "Fox and Friends" critiquing many late show hosts for taking "a hard turn to the left."

The president's reference to "dealing with Democrats" appears to allude to recent reports that Kimmel consulted with Senate Minority Leader Chuck Schumer, a New York Democrat, before delivering a series of emotional and personal monologues against Republicans' attempts to repeal and replace the health care law that was championed by former President Barack Obama.

Kimmel's son, Billy, was born this year with a congenital heart defect, a pre-existing condition the late night host argued would have prevented the boy from getting health insurance if not for the Affordable Care Act that Obama signed in 2010.

Trump's ire for his late night critics— who also include CBS' Stephen Colbert and even Fallon at times — is not totally unfounded.

A study by researchers at George Mason University in Virginia found that Trump in on pace to "easily eclipse" the most jokes about any person tracked by its Center for Media and Public Affairs since it began monitoring in 1988.

The New York billionaire was the target of more than 1,000 jokes during his first 100 days in office, surpassing the 936 jokes made at Obama's expense in his first year in office in 2009 and more than the 546 about George W. Bush in his first year as president in 2001, according to the study.