Trump expected to nominate Kelly deputy as next DHS head 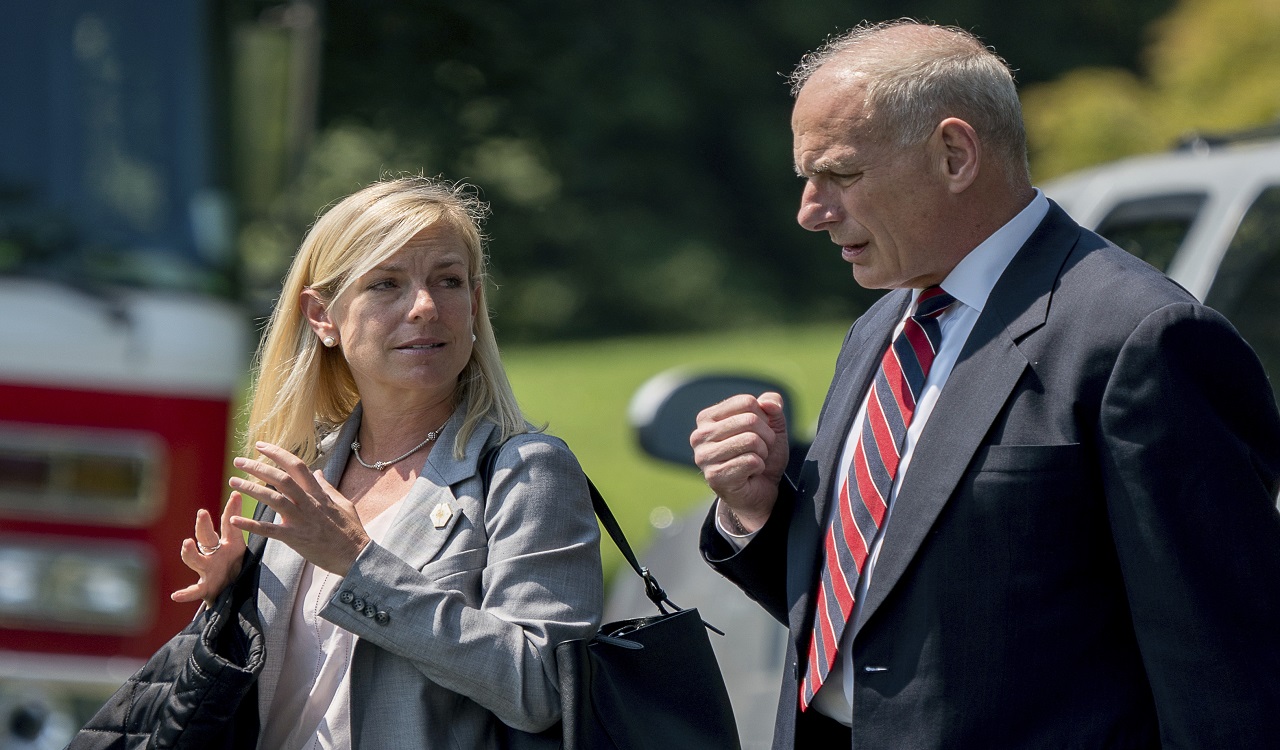 President Donald Trump is expected to nominate his chief of staff's deputy, Kirstjen Nielsen, as his next secretary of Homeland Security.

That's according to four people familiar with the decision, including two administration officials, who spoke on condition of anonymity because they were not authorized to speak publicly about a personnel decision before it was officially announced. While two of those people cautioned that the president could always change his mind before a formal announcement, the others said the decision was slated to be announced formally Thursday.

Nielsen was John Kelly's deputy when he served as Trump's first DHS secretary and moved with Kelly to the White House when he was tapped to be Trump's chief of staff. She is an expert in homeland and national security policy and previously served as a special assistant to former President George W. Bush and worked for the Transportation Security Administration.

Elaine Duke has been filling in as acting secretary of the department. But she raised eyebrows when she described the aftermath of Hurricane Maria as a "good news story."

Neither the White House nor Nielsen responded to requests for comment on the plans, which were first reported by Politico.

Rep. Bennie G. Thompson, D-Miss., the ranking member of the Committee on Homeland Security, said in a statement he was pleased the president had made a decision on filling the post "after letting the critical national security position remain vacant as the nation faced multiple major hurricanes and a domestic terrorism attack."

But Thompson said he had questions about her background, including her past work for the Bush administration.