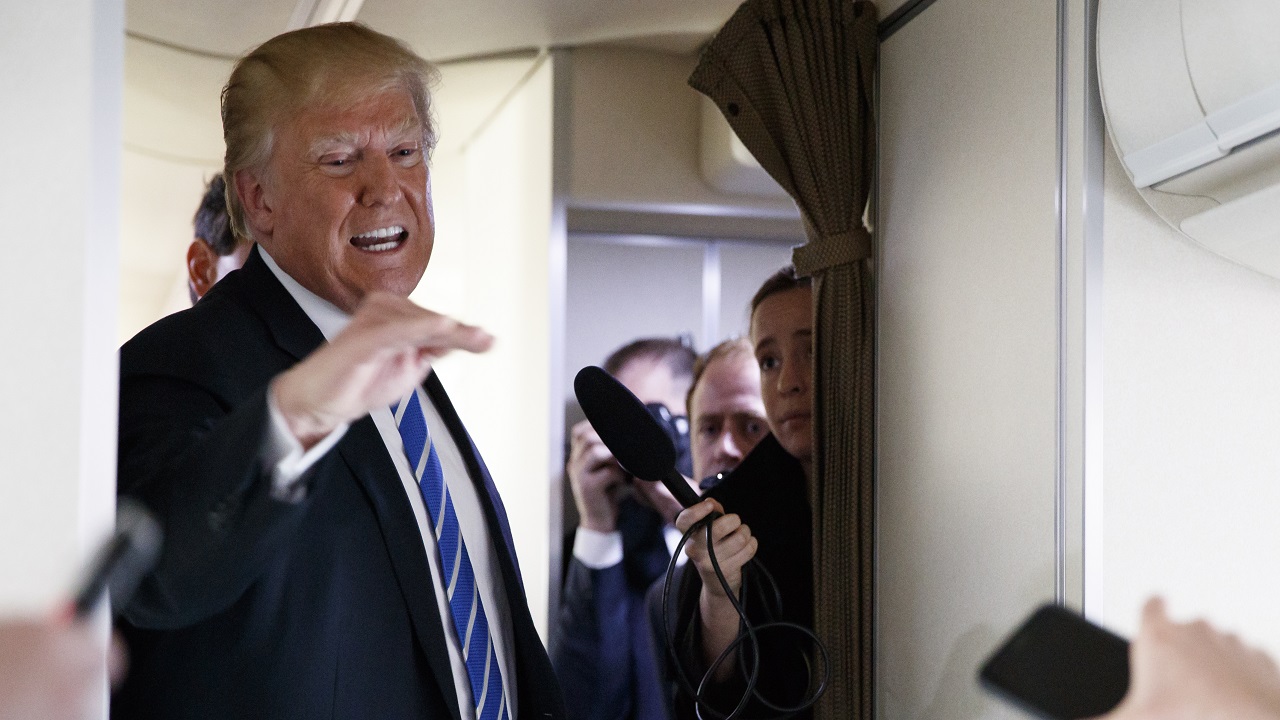 (Image: AP: Donald Trump made his comments on board Air Force One on 5 April 2018)

US President Donald Trump said on Thursday he didn't know about the USD$130,000 payment his personal attorney made to adult film actress Stormy Daniels, who alleges she and the president had an affair.

Asked aboard Air Force One whether he knew about the payment, Trump responded: "No."

Trump also said he didn't know why his long-time lawyer, Michael Cohen, had made the payment or where he got the money.

The comments are Trump’s first public remarks on the payment to Daniels, US media report. Daniels says she had a sexual encounter with the president in 2006 and was paid as part of a non-disclosure agreement she is seeking to invalidate.

Her attorney, Michael Avenatti, tweeted in response: "We very much look forward to testing the truthfulness of Mr Trump's feigned lack of knowledge concerning the $130k payment as stated on Air Force One."

"As history teaches us," he added, "it is one thing to deceive the press and quite another to do so under oath."