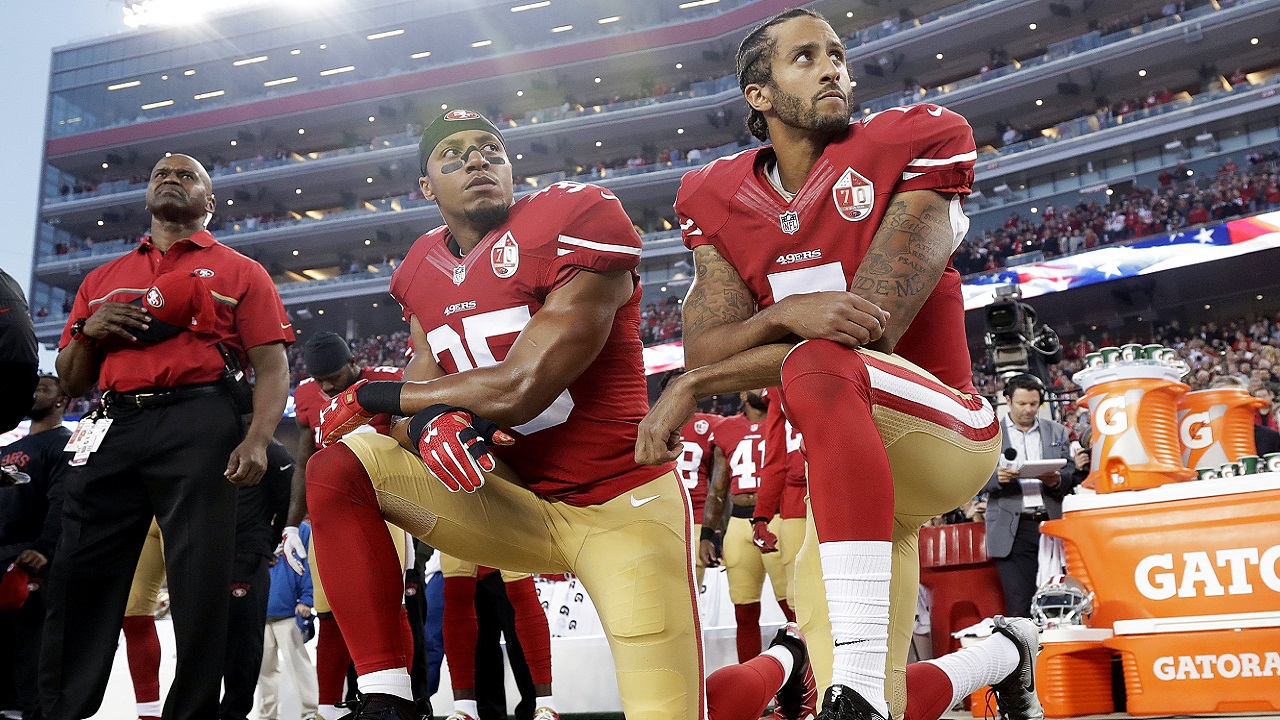 US President Donald Trump praised an NFL policy banning kneeling during the "The Star-Spangled Banner", saying that "maybe you shouldn't be in the country" if you don't stand for the anthem.

The policy, which was approved by National Football League owners on Wednesday, forbids players from sitting or taking a knee on the field during the national anthem but allows them to stay in the locker room. Any violations of the new rules would result in fines against teams.

"I think that's good," Trump said in the interview to a US TV network that aired on Thursday. "I don't think people should be staying in the locker rooms, but still I think it's good. You have to stand proudly for the national anthem. Or you shouldn't be playing, you shouldn't be there. Maybe you shouldn't be in the country."

Kaepernick began kneeling during the national anthem in 2016, a quiet but powerful protest against police brutality and racial inequities in the justice system.

Other players took up the cause, and the gesture carried on during the 2017 season even after Kaepernick left the 49ers and failed to be picked up by another team.

Trump turned the debate into a campaign issue, saying the NFL should fire any player who takes a knee during "The Star-Spangled Banner".

The president's comments spurred a national conversation about patriotism, national symbols and the use of peaceful protest. Trump said in the interview that he thought "the people" pushed for the new policy. “I brought it out. I think the people pushed it forward," he said.

NFL Commissioner Roger Goodell called the new policy a compromise aimed at putting the focus back on football after a tumultuous year in which television ratings dipped nearly 10 percent.

He said it was unanimously approved by NFL owners, but that was immediately called into question when the head of the San Francisco 49ers said he abstained from the vote. The owner of the New York Jets also took a more conciliatory approach, promising not to punish any player who continues to protest against social injustice in full view of fans.

The head of the NFL Players Association, DeMaurice Smith, angrily denounced the new policy and called it a blow against America's most basic of rights - freedom of speech.

And in a blistering editorial, the New York Times said NHL owners had concluded with Trump “that true patriotism is not about bravely standing up for democratic principle but about standing up, period”.

“Rather than show a little backbone themselves and support the right of athletes to protest peacefully, the league capitulated to a president who relishes demonising black athletes.”