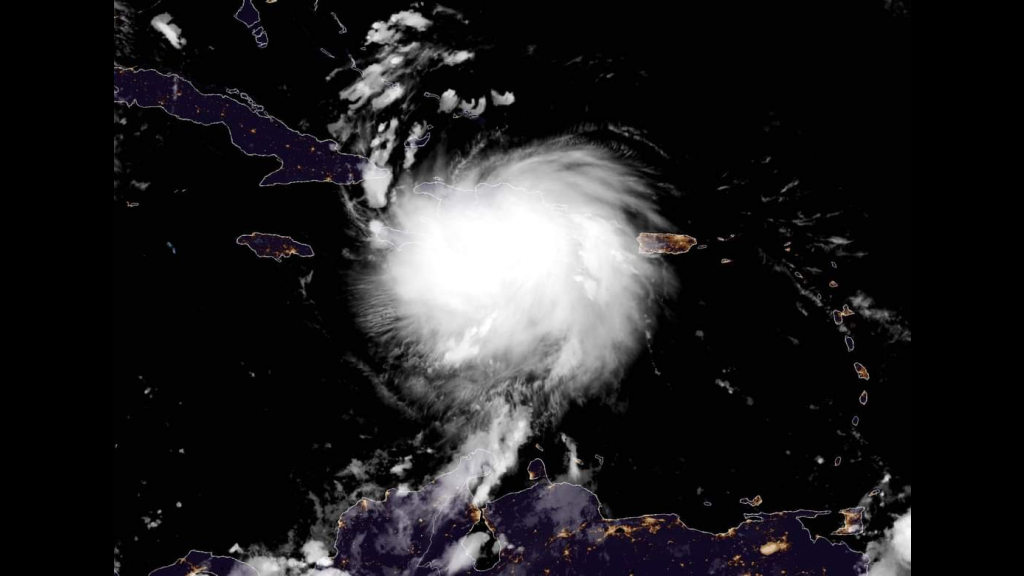 Tropical storm conditions will be present over the Dominican Republic, Haiti and Turks and Caicos Islands for the rest of Sunday into Monday as Tropical Storm Laura makes its way towards the United States.

In its 5 am advisory, the US National Hurricane Centre (NHC) said south-eastern sections of the Bahamas and Cuba will also experience the effects of Laura within the next few hours. NHC placed Laura’s centre of circulation 95 miles (150km) east of the Haitian capital Port Au Prince.

Tropical storm warnings are in effect for the Dominican Republic, Haiti, Turks and Caicos Islands, South-eastern Bahamas and Cuba.

A tropical storm watch is in effect for central Bahamas and the Florida Keys.

The storm is moving west-northwest at around 18mph (30km/h).

NHC has not forecast any significant changes in strength over the next 36 to 48 hours Laura moves near or over Hispaniola and Cuba.

However, strengthening is forecast once Laura moves into the Gulf of Mexico on Tuesday.

Laura is expected to produce the following rainfall accumulations through Tuesday:

2 storms could deal devastating double blow to US Gulf Coast