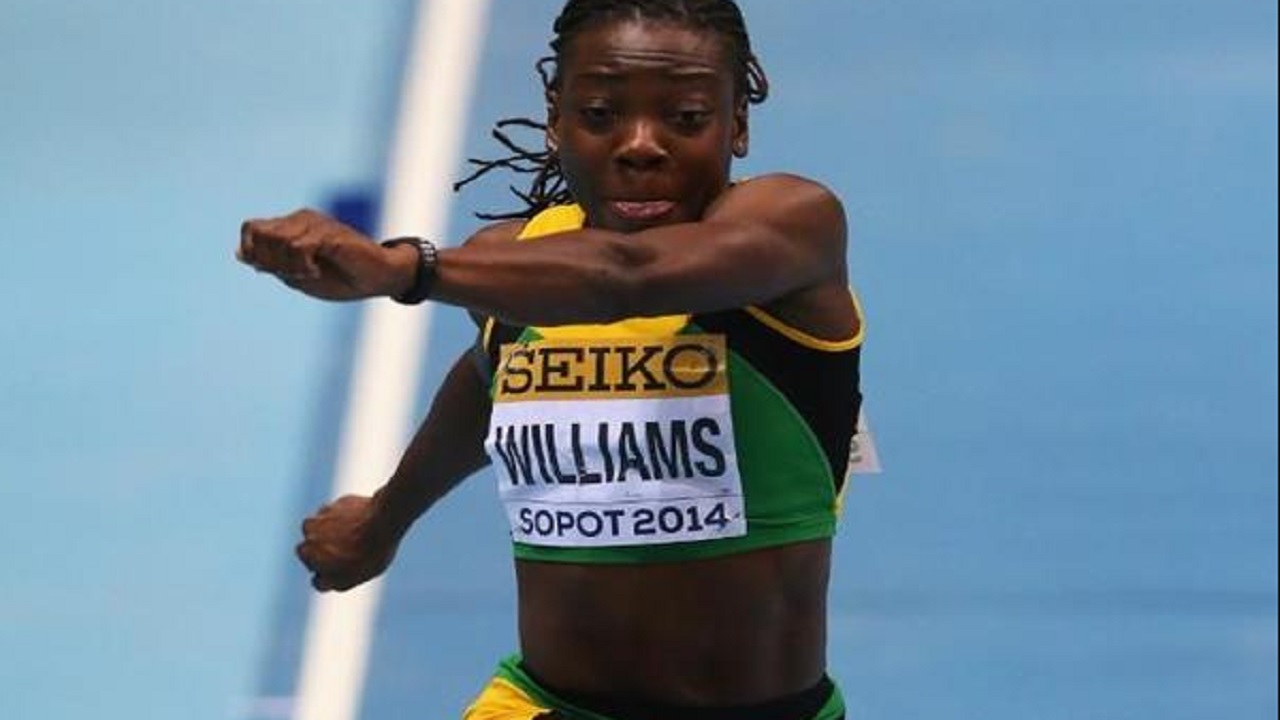 Jamaican Kimberly Williams has won the silver medal in the women's triple jump at the 2018 IAAF World Indoor Championships in Birmingham, England on Saturday.

Williams had a personal best effort of 14.48 metre, which was good enough for Jamaica's second medal at the championships.

Despite not having competed since August shortly after claiming the world outdoor crown in London, Yulimar Rojas defended her global indoor title with a 14.63m world leading-performance.

In a thrilling contest which saw the medalists swap positions during the tense final minutes, the 22-year-old Venezuelan’s leap is the furthest mark indoors since her own 14.79m 14 months ago.

Williams led until Rojas’ fifth round effort with a 14.48m lifetime best from the third round.

The 29-year-old bronze medallist from the 2014 event also improved her 14.16m season’s best - set in Birmingham as a guest of the British Championships a fortnight ago - on five occasions in the competition which fielded 17 starters.

“I’m excited as I was able to upgrade on my jump from bronze last time to silver,” said Williams, whose previous indoor best of 14.39 was set in Sopot four years ago. “I had two personal bests out there so I’m glad I put a decent series together.

“I was leading for a while but I couldn’t respond, that’s just how it goes in triple jump - I have to work harder next time to get a gold."

Taking surprise bronze was Spain’s Ana Peleteiro, who leapt an 18 centimetre lifetime best with 14.40m in the fourth round.

The other Jamaican in the field - Shanieka Ricketts - finished 10th with 13.93 metres.

Daniel Thomas-Dodd won the first medal for Jamaica on Friday with a national indoor record throw of 19.22 metres, which handed her silver in the women's shot put.

Thomas-Dodd created history on the day by becoming the first Jamaican woman to win a global medal in a throwing event.

Roach, Clarke qualify for 60m semis at World Indoors; Goule out of 800

McPherson disqualified after victory in 400m semis at World Indoors