A Trini's view of Carnival in Jamaica 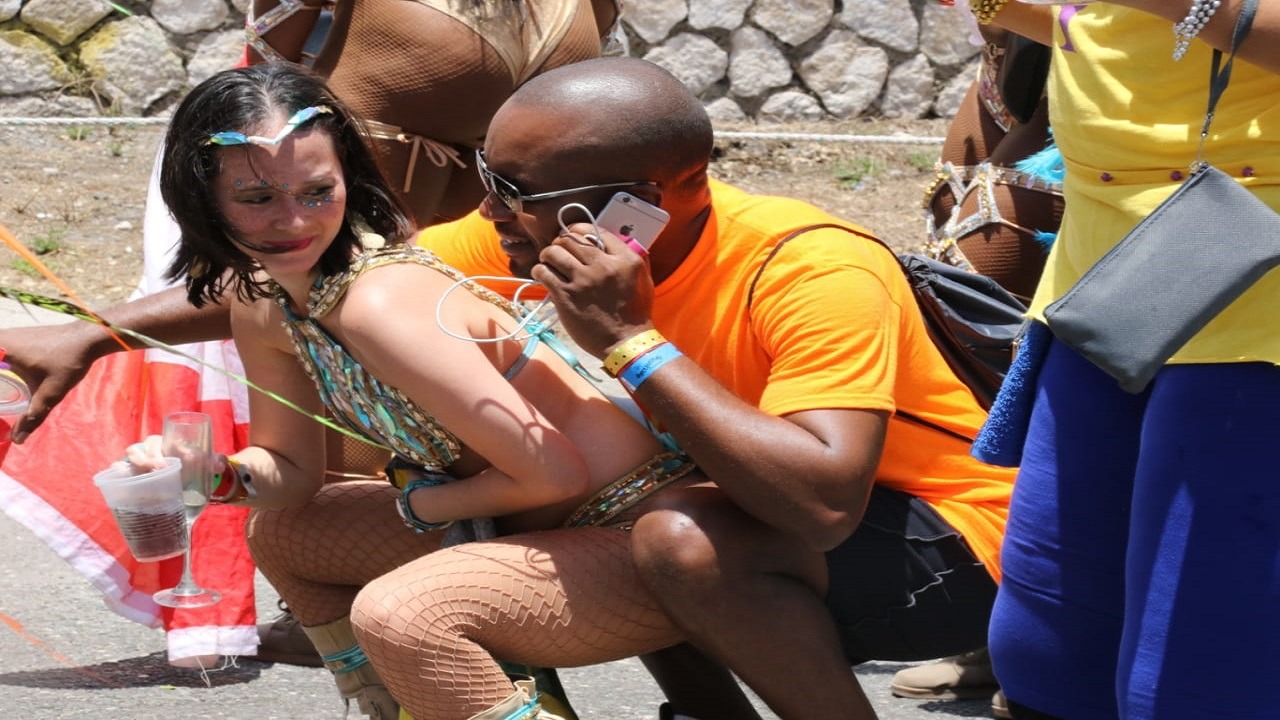 Jumping through the streets of Kingston, Jamaica yesterday with the Bacchanal Jamaica band, I was struck by the sight of something that has almost disappeared from the streets of Port-of-Spain – spectators.

All along the ‘hip strip’, through Halfway Tree and New Kingston, crowds lined the streets, ogling the masqueraders, dancing to the music, following the bands. It reminded me of the reason I fell in love with playing mas at the age of five.

Yes, there is no feeling in the world like putting on a costume and transforming one’s self into whatever character goes with the band’s theme. But there is nothing like being a spectacle with thousands of pairs of eyes watching you in wonderment, awe, joy and maybe a lil scepticism.

Last year, while playing mas in Trinidad with The Lost Tribe, I looked around at the empty streets in downtown Port-of-Spain and acknowledged, not for the first time, that our Carnival no longer attracts the throngs of people who once lined the pavements along the route to the Queen’s Park Savannah. People now play mas for Facebook and the ‘gram.

There are many factors influencing that and we will leave that for another article. But thankfully, none of them has penetrated Jamaica where Carnival, still relatively young compared to T&T, is still a big spectacle for many.

While many lined the streets, some displaying their prowess on motorbikes and quads, the uptown crowd partied in all-inclusive viewing parties along what is known as the ‘hip strip’.

I was invited to the Regency Carnival Party, a fancy set up with food, drinks and a VIP deck with couches and stools and a DJ, where I stayed until I joined the Bacchanal Jamaica band, which, for many years, was the lone band for Carnival - and the most popular.

Now there is competition from Xodus and Xaymaca, both in their second years and both affiliated to Trinidadian bands. This no doubt has boosted their popularity and that of the Carnival by extension.

The biggest difference between T&T’s Carnival and Jamaica’s is that, unlike T&T where Carnival is a national affair for which the Government - through the National Carnival Commission (NCC) - determines routes, competitions, prizes etc, Carnival in Jamaica is run by private interest groups. Therefore each band holds its own Carnival parade with completely separate routes.

I wish I could illustrate the length of the route we took, but at no point did I know where I was. And it felt like we were walking forever - particularly since there is no stage experience to punctuate the parade or bring things to a climax.

Soca is the main vehicle driving Carnival in Jamaica, as it is everywhere there is a Carnival. But being in Jamaica, one is bound to hear some dancehall, especially the current hot songs like the Genna Bounce. For me, watching masqueraders and spectators bussing out dance moves was definitely one of the highlights of the day. There may be many copy and paste aspects of T&T Carnival here, but those are the things that make Carnival uniquely Jamaican.

I must mention that since there is no Road March competition and the DJs are from all over the diaspora, the music is diverse. I heard soca from Grenada, St Lucia, Barbados and songs from Africa, in addition to present and past hits from T&T.

Though the actual Carnival is only one day, Carnival begins on Easter weekend with a parade and parties in Ocho Rios and then moves to Kingston where, this year, there were fetes on top of fetes.

If you have never been to Carnival in Jamaica and are planning a trip, please get familiar with the fete calendar and make your plans in advance.  Many fetes are brands exported from T&T, but there are also Jamaican fetes which are just as good and very well attended.

My main observation from the Jamaican party scene is that people dance. There is no stushness and posing here, just pure vibes and party - even when they are taking selfies.

My one advice to anyone planning a Carnival trip for the first time is to make sure you have reliable transportation organised, because Jamaica is huge and not all events are in Kingston.

My boss and I, along with several others, got very lost trying to find Caesar’s Army AM Bush in Portmore. Thank God for Waze!

PHOTOS: Bolt 'stuntin' with the A Team on Carnival Sunday