Trinidad and Tobago to host CPL for the next three years 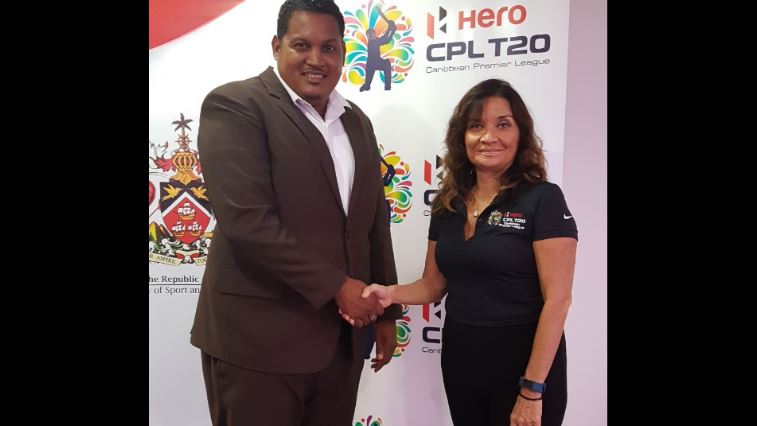 Trinidad and Tobago will host the Caribbean Premier League (CPL T20), including the final, for the next three years.

On Friday, Cabinet agreed to Trinidad and Tobago’s hosting of CPL for the three-year period of 2018- 2020.

Each year, cricket fans will enjoy seven games in Trinidad and Tobago. These games will include five preliminaries, one semi-final and the final.

According to a release from the Ministry of Sport and Youth Affairs, the arrangements between the Government and CPL will see a financial outlay by the Government of Trinidad and Tobago of TT$ 6.7 dollars (US $1 million) for each year; half of the sum being paid to CPL in cash, while the other half will be in kind for local government services including the cost of the Brian Lara Stadium, ground transport, hotel, police and fire services with a TT$3.5M dollars cap.

The Ministry says the Government would have therefore hosted four CPL finals in the period 2017-2020 in Trinidad and Tobago for the price of TT$14 million in cash, compared to the cost of the final game in 2015, which was TT$24 million.

It is estimated that the 2017 CPL T20 realised TT$23 million in revenue for the country and garnered 37.6 million in viewership worldwide.

Darryl Smith, Minister of Sport and Youth Affairs said, “2017 saw the best finals ever and to top it all off, the Trinbago Knight Riders won at home at the brand new Brian Lara Cricket Academy (BLCA).”

Smith added, “We have built a great relationship with the CPL and cricket fans across the world can expect a great product of high level excitement and entertainment, just as they did in 2017.”

For the year 2017, Trinidad and Tobago saw the best year for Sports Tourism with the Ministry of Sport and Youth Affairs (MSYA) working with a number of National Governing Bodies (NGB’s), to host the most and highest levels of regional and international tournaments, including the 2017 CPL finals at the Brian Lara Cricket Academy.

Former Reggae Boyz Marlon King opens up over his criminal past