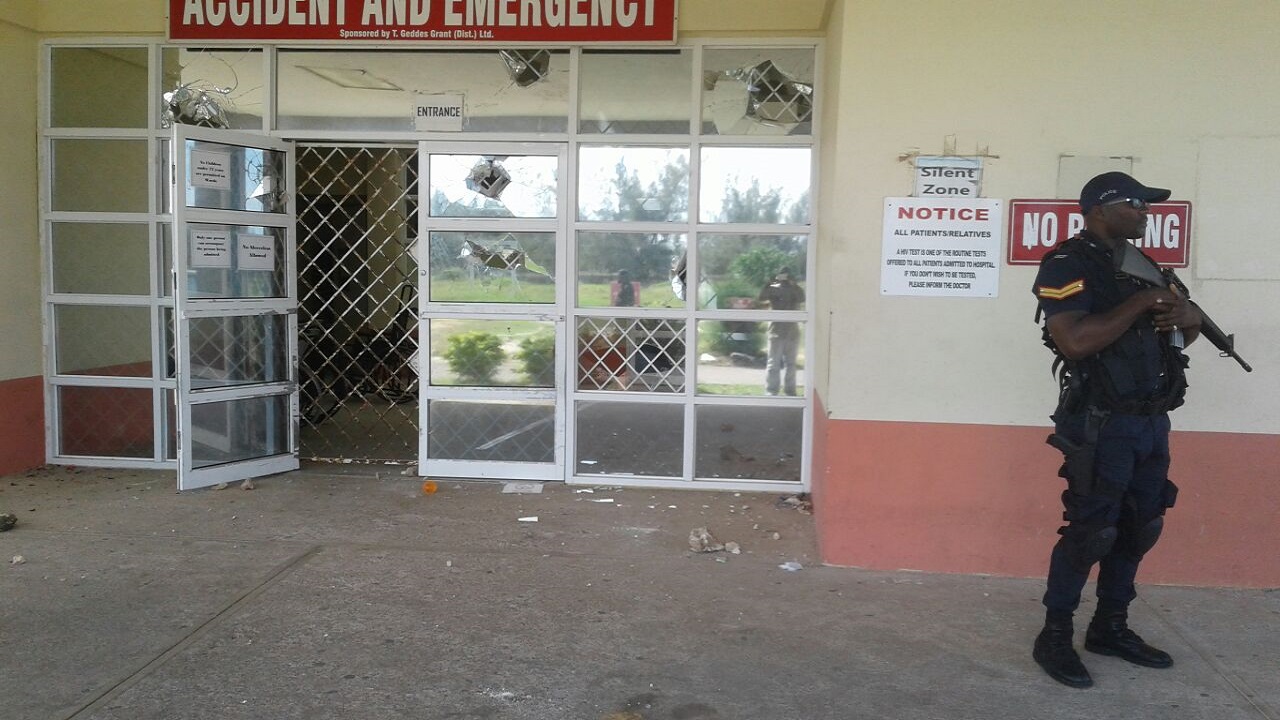 A heavily-armed policeman on guard outside the Accident and Emergency Ward at the Falmouth Hospital in Trelawny, which was stoned by persons on Sunday morning after the death of a patient who was involved in a motor vehicle collision. Shattered glass panes at the entrance to the building are evident in the background.

Up to early Tuesday morning, an 18-year-old female who was a passenger in the vehicle that was involved in Sunday's fatal collision in the vicinity of the overhead bridge in Martha Brae, Trelawny, remained in intensive care at the Cornwall Regional Hospital (CRH), battling for her life.

The driver of the motor vehicle, 34-year-old Dwayne Falconer of Falmouth, Trelawny, died while undergoing treatment at the Falmouth Hospital on Sunday, shortly after the crash.

Falconer's death angered his friends, some of whom ended up causing damage to a section of the hospital, which they stoned while blaming the medical personnel at the facility for failing to save the injured driver's life.

The accident occurred sometime after 6:00 a.m., when a Nissan AD wagon, driven by Falconer, got out of control and ran off a section of the Martha Brae road, and in the process, ploughed down one of the large palm trees that are planted along the roadside.

The driver and four passengers sustained injuries and were rushed to hospital, where Falconer died while undergoing treatment, and the 18-year-old female passenger was transferred to the CRH in serious condition.