Trelawny custos, mayor row could be costly and more embarrassing 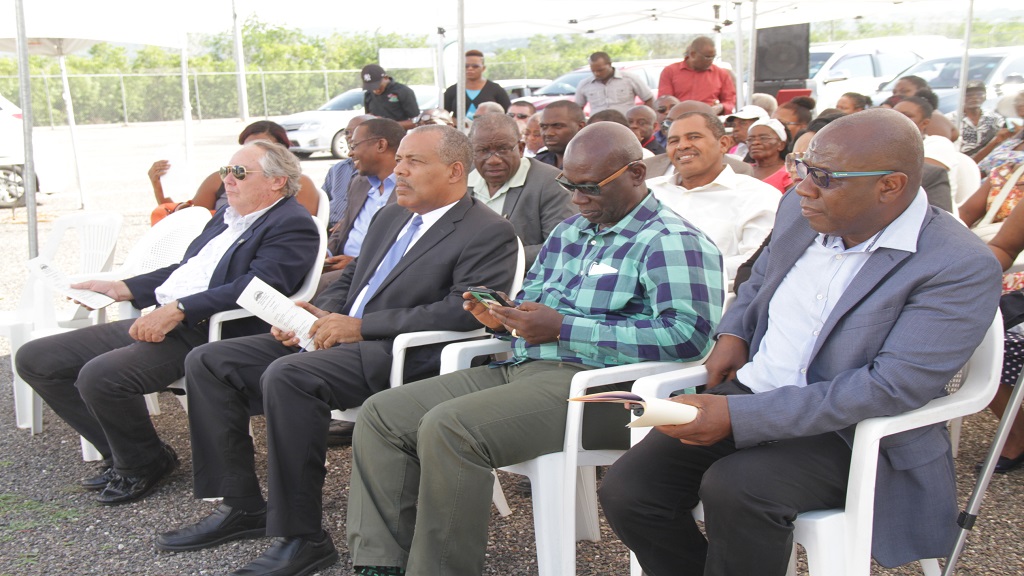 Over recent times there has seemingly been no love lost between two of the leaders in the parish of Trelawny, Falmouth Mayor, Colin Gager, and Custos Paul Muschett.

The strained relationship between the two first came to light when news emerged that the custos had suggested that the Gager-chaired Trelawny Municipal Corporation has been approving building plans that are destroying Falmouth’s heritage.

It was reported that Gager has taken exception to the assertions from the custos.

More recently, it was reported that Gager rebuffed Muschett's ostensible attempt to extend the olive branch. The report was that during an official function attended by both men, Gager refused to shake the custos' extended hand.

But a prominent figure who is based outside the parish of Trelawny, who was in attendance at the JGRA Regional Quiz Competition in Trelawny where the incident reportedly unfolded, downplayed the report on the incident.

"Maybe they don't see eye to eye, but during the function I did not detect their ill-feelings towards each other," the individual said.

But another prominent individual who is politically-aligned, told Loop News that the two men should begin to behave in a mature and professional manner.

"They should stop behaving like children, and act like big men," he commented. "I don't know what sparked the animosity between both of them, but it must not be played out in the public. After all, in every sphere of life there are individuals who can't get along, even in church, but they continue to act professionally."

Trelawny is well poised to become the next big resort destination locally, with the parish attracting billions of dollars in investment in hotel developments over the last several years. Currently, the parish has over 2,000 hotel rooms, with more slated to come on stream over the next few years.

In November 2016, Royalton Luxury Resorts expanded its portfolio of modern, all-inclusive properties with the 228-room Royalton Blue Waters, which is adjacent to the expanded Royalton White Sands in Cooper’s Pen.

Last October, the 315-suite Excellence Oyster Bay Hotel opened its doors through a US$110 million investment that is providing employment for some 1,500 persons.

Added to those is the development of Ocean Coral Spring by the Spanish hotel chain, H10, for which ground was broken in February of this year. The H10 project is part of a US$250 million development which, when completed, is to be comprised of two five-star, all-inclusive hotels with 940 rooms.

Holness added that the Government is “very impressed” with the economic potential of Trelawny.

He noted that nearly $3 billion has been earmarked for further development of the capital, Falmouth. 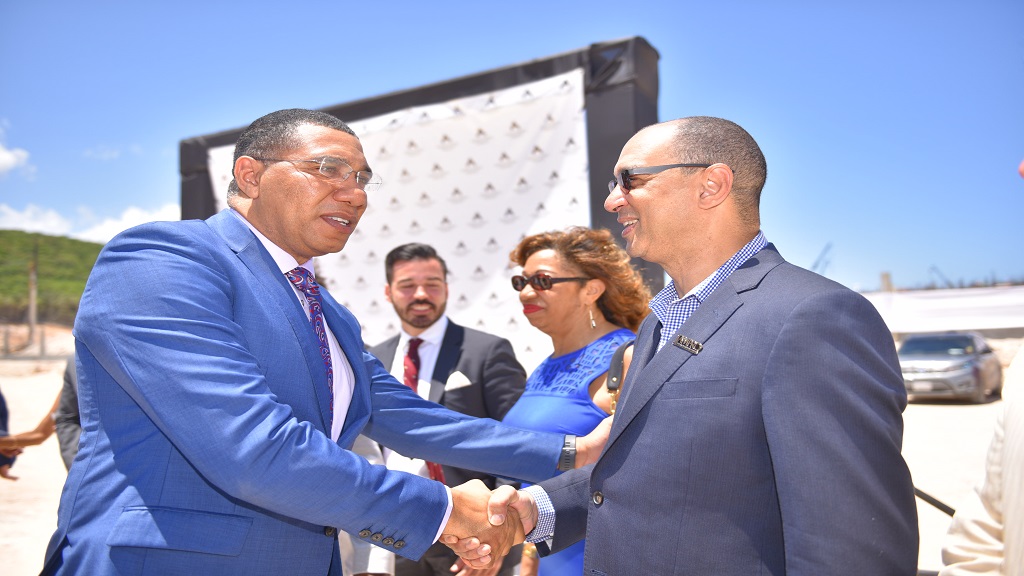 Prime Minister Andrew Holness (left) greets JAMPRO Chairman, Don Wehby, at the ground-breaking ceremony in April for the hotel development to be undertaken by the Amaterra Group.

Additionally, Tourism Minister, Edmund Bartlett, said the slate of hotel developments in Trelawny forms part of a “record wave” of investments in the country’s tourism sector.

With those major developments on the ground or in the making, the onus is clearly on both Gager and Muschett to push their differences aside and work harmoniously for the furtherance of the parish which they serve.

Many would say they have nothing to lose and everything to achieve by ending the bad blood.

It is somewhat widely felt within the parish that it is likely that foreign investors looking on may not be impressed by the conduct of the two leaders of the parish, and might consider taking their investments elsewhere - bearing in mind the old adage that ‘a house divided against itself cannot stand’.

The open display of the strained relationship between the custos and the mayor is also clearly nothing for Trelawny natives living in the Diaspora to be proud of, and they too might be tempted to withhold their financial support for the parish.

But just maybe, things can be sharply changed if a senior and respected statesperson in the parish should intervene with an intention to improve the uneasy relationship between Gager and Muschett before it worsens.

Such a move would, no doubt, be welcomed by residents generally because, if the tension between the two continues for long, it will mean more discomfort and discredit for the overall population of the parish.

Falmouth emerging as an economic player