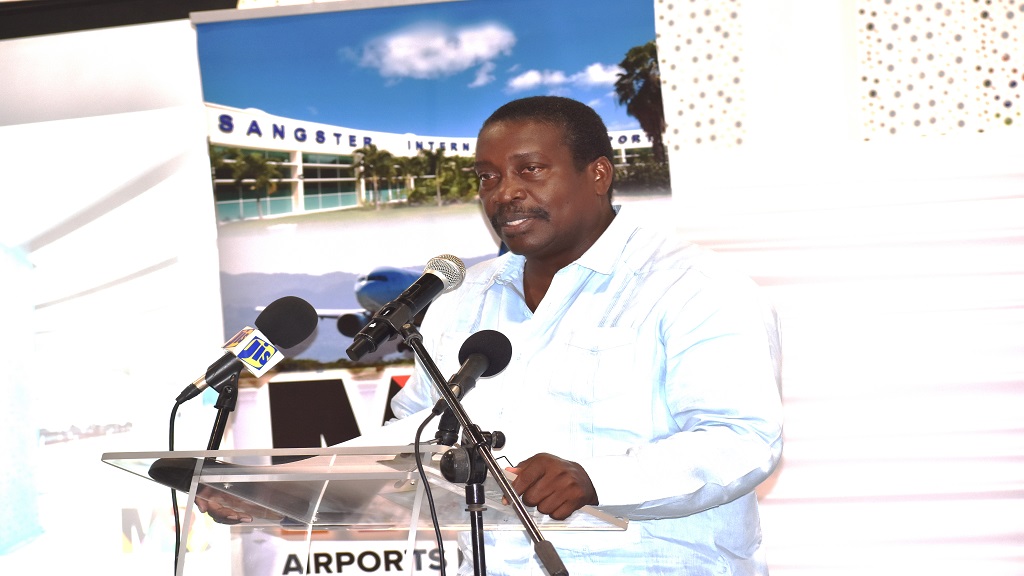 Transport Minister, Robert Montague, has announced plans to establish a school train service, which is proposed to begin in a section of St Catherine where students are being shunned by public transportation operators.

Montague explained that students from communities of Spanish Town, Old Harbour and Linstead are made to wait for long hours after classes are dismissed, as many public transportation owners plying these routes opt to transport only adult passengers up to 6:00 p.m.

"We want to start up in phases, especially in the Spanish Town, Linstead, Old Harbour side because we are faced with a particular challenge in Spanish Town generally. The school children get let out (of school) at 2:30 p.m., but the public passenger vehicle (operators) hardly want to carry them until about 6:00 p.m., 7:00 p.m. when they have carried all the adults already," Montague indicating.

He was delivering the keynote address at the official opening of the newly renovated ticketing hall at the Sangster International Airport (SIA) n Montego Bay, St James on Friday.

In echoing the phrase that the devil finds work for idle hands, the transport minister said it is not a good idea for students to be left on the roads for such extensive periods of time.

Montague cited that the train lines from Linstead to Old Harbour through Spanish Town are intact.

"So I say to them, let us start the school train service to pull the children out of Spanish Town on a phased basis, and to tie that in with the JUTC (Jamaica Urban Transit Company). So once the train gets into Spanish Town, our children get on the bus and we take them to school, and in the evening you do the reverse," Montague stated.

Cops clamp down on rogue transport operators in Half-Way Tree

Video: 'I Am Purpose' Tour rolls into Spanish Town High