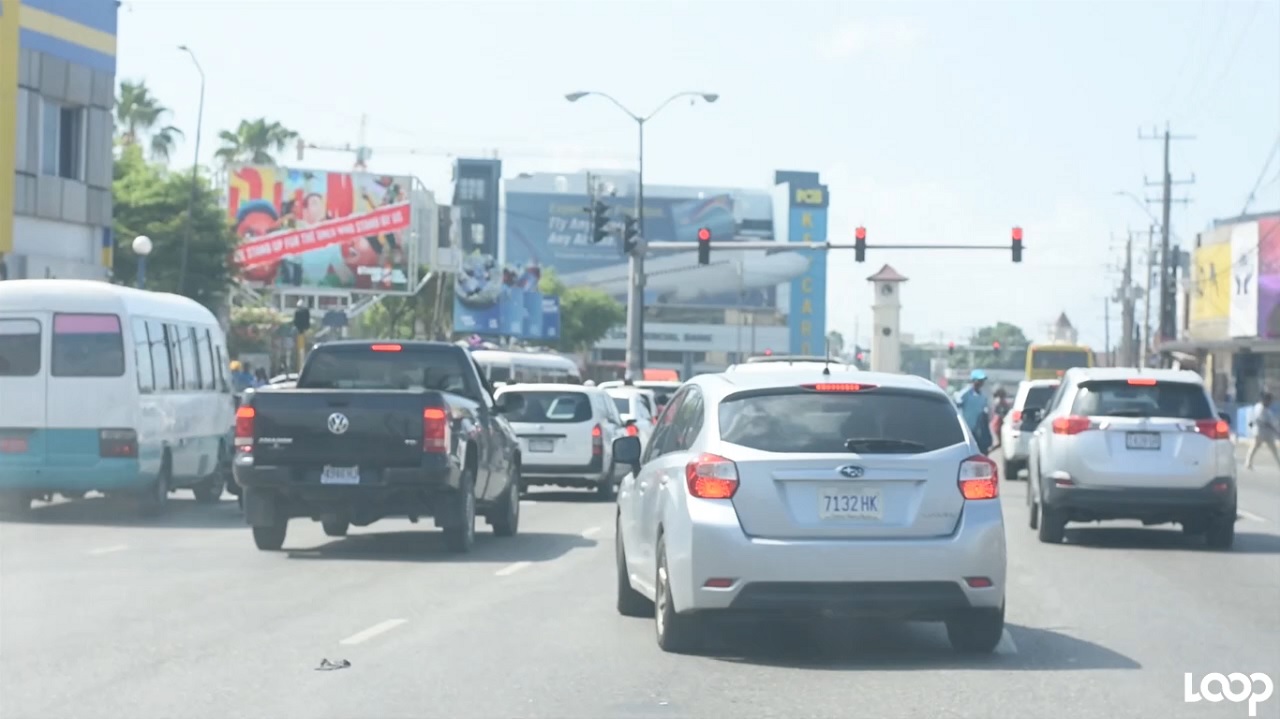 The head of the Public Safety and Traffic Enforcement Branch (PSTEB) of the Jamaica Constabulary Force (JCF) is calling on motorists seeking to travel across sections of the Corporate Area to use the main arterial roads and avoid detours if they can on Tuesday.

An arterial road or arterial thoroughfare, such as Washington Boulevard and Dunrobin Avenue, is a high-capacity urban road. The primary function of arterial roads is to deliver traffic from collector roads to freeways or expressways and between urban centres.

“We are encouraging persons to utilise the main arterial roads because of the shutdown (at the Three Miles intersection), as there still needs to be far more signs on some of these detour areas to alert the public,” Senior Superintendent Calvin Allen said in an interview with Loop News.

The police made the call as they sought to avoid a repeat of a more than six-hour gridlock on Monday, which inconvenienced thousands of motorists.

Authorities said the problem was caused by the more than 70,000 vehicles from various sections of the country, which normally traverse the Three Miles corridor, all trying to use off-roads to reach their destinations.

The traffic police said this was made worse by unruly motorists who committed numerous road traffic violations and blocked intersections.

Allen said that despite complaints about gridlock in some sections of the Corporate Area on Monday, police recorded smooth flow of traffic along corridors such as Mandela Highway.

“(On Monday) traffic flowed ‘beautifully’ along Mandela Highway straight into Half-Way Tree using either Dunrobin or Molynes Road. Similarly traffic flowed coming off the toll road using Marcus Garvey Drive, and you know you have that very good turn-off on East Avenue that takes you (motorists) and intersects with Spanish Town Road and Maxfield Avenue into Half-Way Tree,” said Allen.

The traffic boss said he was not saying that motorists should not use the detours, but advised that this should be done only if it could not be avoided.

Allen said police would continue to monitor the detours for those who cannot avoid them.

“We will nevertheless have officers within the zone, and we will be out there on Tuesday similarly to the day before."

He also called on persons who can afford it, to use the toll road.

And in addition to the call from the police, the NWA has announced some additional changes to routes to facilitate motorists.

In a release issued on Monday evening following a meeting with senior engineers and police personnel, NWA Communications Manager, Stephen Shaw, indicated that Gretna Green Avenue was of particular concern.

Motorists attempted to use this stretch to bypass the traffic on Hagley Park Road which contributed to the long delays at the intersection of Hagley and Waltham Park roads.

Other traffic changes will include the openings in the median along Spanish Town Road between Majesty Gardens and Penwood Road being closed; access being granted to traffic along Hagley Park Road from the direction of the intersection of Waltham Park and Hagley Park roads heading towards Half-Way Tree; and buses operated by the Jamaica Urban Transit Company (JUTC) and franchise operators will be allowed to use Olympic Way and Bay Farm Road to access Spanish Town Road.

Shaw further reminded persons that Henley Avenue and Penwood Road are available for those wishing to travel towards Half-Way Tree from Spanish Town Road.

The closure of the Three Miles Intersection is to further facilitate the major bridge construction project now under way at the location.

The project will include the widening of the roadway from two to four lanes, the installation of a new sewer system, and also water and storm water drainage features.

The closure of the intersection will remain in effect for eight months.

Traffic in the city

Gridlock! From cars running out of fuel to cabbies turning down ‘work’