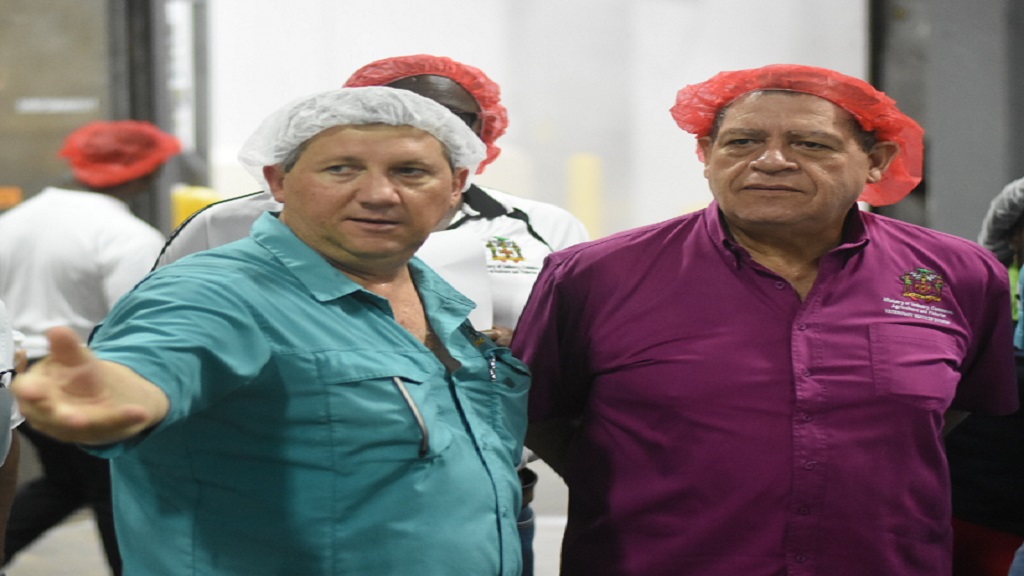 Trade Winds Citrus Limited has invested over $1 billion on its factory in Bog Walk, St Catherine over the last five years, keeping up to date with the modern juice-making process.

The investment is helping to drive the company’s vision of being the Caribbean’s leader in premium quality fruits and agro-based beverages, while providing benefits to stakeholders through innovation and continuous improvement.

The new innovations were shown to Minister of Industry, Commerce, Agriculture and Fisheries, Audley Shaw; the International Monetary Fund’s (IMF) Resident Representative to Jamaica, Constant Lonkeng Ngouana; members of the Jamaica Manufacturers’ and Exporters’ Association (JMEA); media and representatives from other organisations during a tour of the facility on Wednesday.

McConnell said, “we (have) continually been investing in the plant. Over the last five years, it’s over $1 billion we have invested.

“We think the Jamaican economy is on the right track, and with the continued support of the Government and other support agencies, we can continue to improve the economy.

“The key to growing the economy is adding value locally. So when we take a seed, plant a tree and in five years that tree gives you 500 oranges, and that is repeated every year, that is creating value locally, rather than importing everything from foreign,” elaborated McConnell.

“We must produce what we consume here, and we can do it. It takes investment, time, technology, but I believe that’s what we need to do,” he indicated.

According to McConnell, the factory has the ability to produce beverages of any kind, but in keeping with its mandate, only does juices from agricultural products for three main brands, Tru Juice, Freshhh and Squeeze.

He said, “when we made the investment for the new one (blending room), we said this is going to hold us for another few years before we have to invest again.”

He said should Trade Winds get the licence to bring to the island high-yielding dairy cows from Costa Rica, the production of milk would further utilise the factory.

The company has also invested in new non-chill technology, which now allows the juices to be able to stay on shelves for nine months. This, according to McConnell, has made the company able to export juices. However, he said the domestic market is still its key target.

On the tour, McConnell explained the process at the plant, which starts and ends at the laboratory through the making of the formula for the various blends, and ensuring that the products are of high quality.

The laboratory is also responsible for quality throughout the production process, and gives the signal for work to begin.

The computerised blending room starts the production, before the process takes the mixture to the pasteurisation section, which sterilises the juices, by heating to a high temperature and then chilling to 34 degrees within less than 25 seconds.

With water pushing the product through the production line, it is then taken to large tanks, before being sucked through the various filling lines to be placed in containers of different boxes and bottles, and then packaged for distribution.