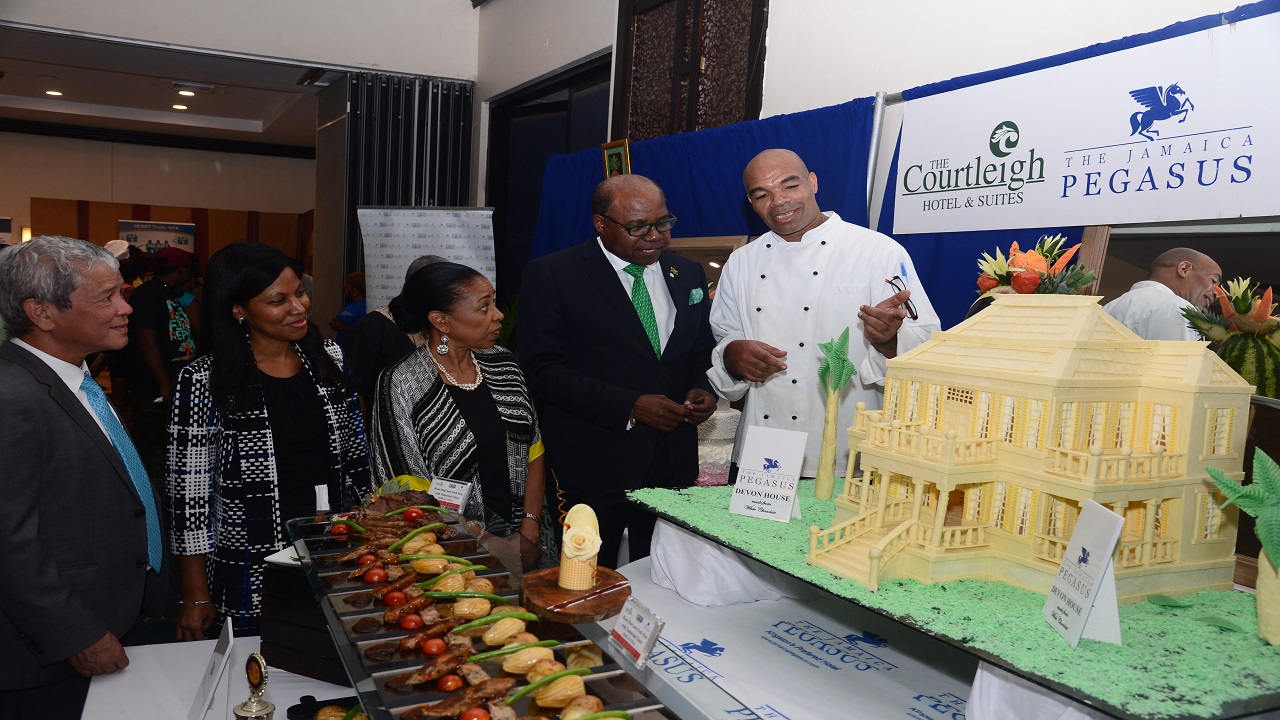 Tourism Minister, Edmund Bartlett says his ministry is investing some $20 million towards the further development of the gastronomy industry, during this financial year, as studies have shown that local cuisine is a significant reason tourists visit the island.

Bartlett has charged the Tourism Linkages Network, within his ministry, with the responsibility to lead the development of the local gastronomy offerings, as a premiere product of Jamaica’s tourism industry. He disclosed that the network has already spent approximately $11.9 million during the last financial year, on initiatives to improve and better market the island’s culinary offerings.

Some of these initiatives include: The Blue Mountain Coffee Festival; the Culinary Ambassador Programme; Taste Jamaica Mobile Application and the development of Devon House as a Gastronomy Centre.

Bartlett believes that the Gastronomy Network is already making positive strides, as Jamaica “has now established itself as the premier gastronomy destination of the Caribbean” and can boast being named “the only country in the region last year, to have an exposition which the United Nations World Tourism Organization calls the Gastronomy Prototype.”

“We wanted to give our first cohort in the JCTI, certification so that they can be more qualified practitioners of their art. This programme will ensure that we won’t have to be importing chefs from across the world, because we will be producing our own, here in Jamaica,” said Bartlett.

In further explaining the increased focus being placed on Gastronomy Tourism by his ministry, he also stated that, “industry leaders have identified food, or what the world defines as Gastronomy, as the number one point of differentiation in experiential tourism. In fact, 88 percent of the world travels for food experiences and last year 44 percent of the expenditure of the visitor was a food experience. So, if $1.3 trillion was spent by visitors across the world, then $600 billion of that, was spent on food experiences.”

He also shared that studies done by the Jamaica Tourist Board (JTB) revealed that “the number one word that defined Jamaica across social media platforms by our visitors, was food. This was followed by music and love.”

The minister was speaking at the Jamaica Cultural Development Commission (JCDC) Culinary Expo held at the Jamaica Pegasus Hotel in New Kingston, on August 2, 2018.

The Expo had more than 30 booths, from various entities, which featured Caribbean, Chinese and Indian cuisine. It also highlighted what the JCDC has been doing over the last 55 years to promote the development of the national food and beverage industry.