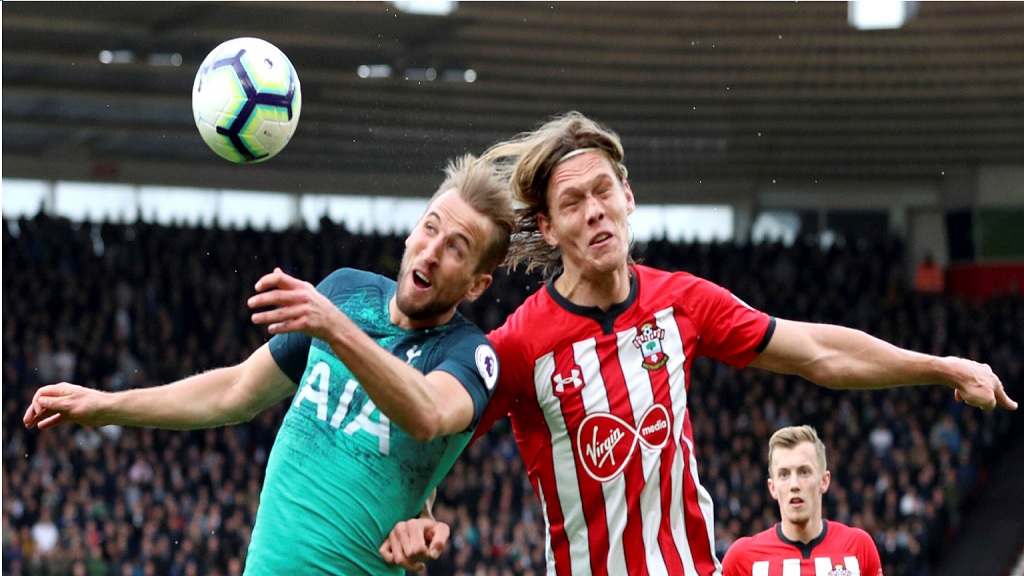 Tottenham's grip on a top-four place in the Premier League is suddenly under threat after falling to another loss on Saturday, while the fight to avoid the final relegation spot tightened as well.

Southampton's 2-1 comeback win over Tottenham extended Spurs' winless streak in the competition to four games and left both ends of the table looking more unpredictable.

Tottenham are now just three points ahead of fourth-placed Manchester United ahead of their game at Arsenal on Sunday, with the Gunners just a further point back. Sixth-placed Chelsea, meanwhile, are five points behind Spurs with two games in hand — meaning Tottenham's hold on a Champions League spot is in real peril after three losses and one draw in their last four matches.

James Ward-Prowse scored the winner for Southampton with a free kick in the 81st minute to keep Southampton two points ahead of 18th-placed Cardiff, which also earned a crucial 2-0 home victory over West Ham.

Newcastle also rallied from two goals down to beat Everton 3-2, while Brighton beat Crystal Palace 2-1 in the early game — results that mean that Newcastle in 13th are only six points ahead of Cardiff in 18th, the final relegation spot.

Fulham and Huddersfield both look doomed, though, after losing again. Last-placed Huddersfield lost 2-0 at home against Bournemouth and are now 16 points from safety with eight games to go, while Fulham remained just three points ahead in 19th after losing 3-1 at Leicester.

Later, leader Manchester City had a chance to go provisionally four points clear of Liverpool with a win over Watford.