Tottenham off to a winning start in the English Premier League 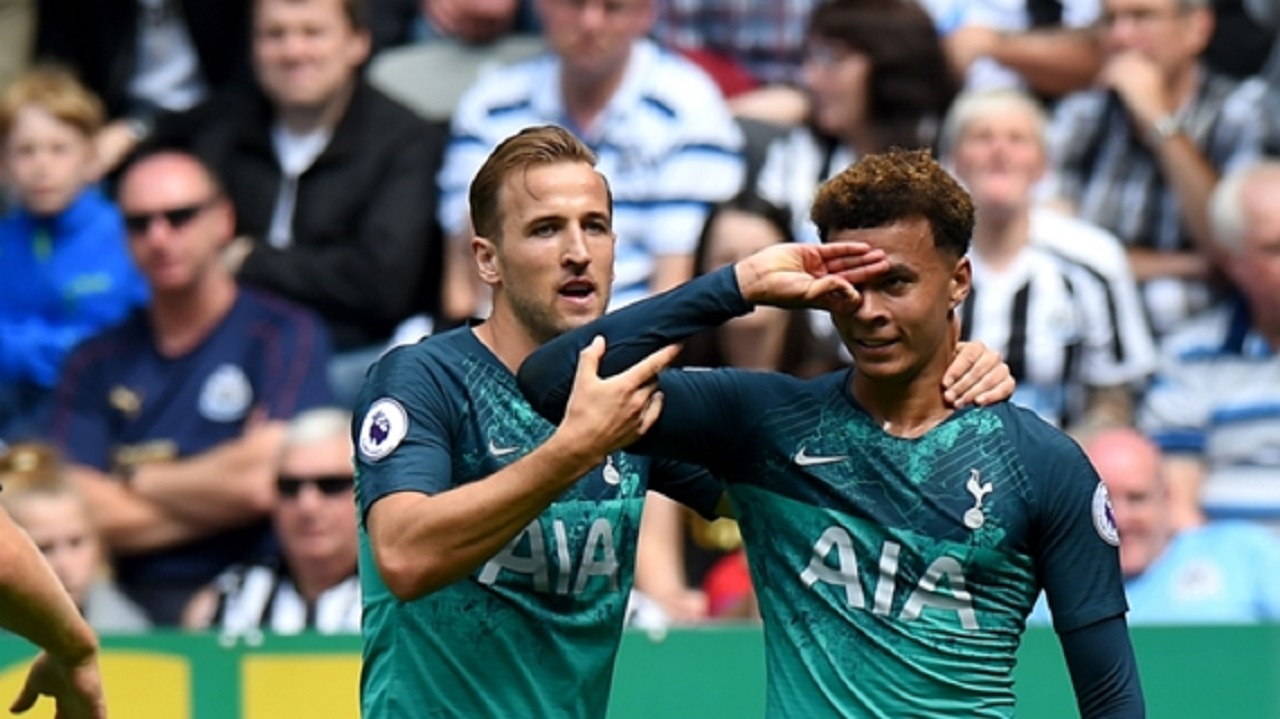 Dele Alli got Tottenham off to a winning start in the Premier League as they edged out a spirited Newcastle United 2-1 at St James' Park on Saturday.

Alli showed the aerial prowess that booked a World Cup semi-final spot for England last month as he steered a fine first-half finish across Martin Dubravka.

It concluded a frantic opening to the match, where Joselu's 11th-minute header cancelled out a Jan Vertonghen effort that was shown to be nine millimetres over the line by the Goal Decision System.

Mauricio Pochettino's Spurs were rarely at their fluent best - fatigue possibly a factor for the five World Cup semi-finalists in his starting XI - and Mohamed Diame and new signing Salomon Rondon were denied by post and crossbar as Newcastle chased a second equaliser in vain.

With all eyes on Harry Kane's bid to end his August goal drought that now stands at 14 Premier League matches, it was Tottenham's centre-backs who combined for the game's opening goal.

Davinson Sanchez flicked on Christian Eriksen's right-wing corner for Vertonghen to score, despite the best efforts of Dubravka.

The Spurs defence soon had a moment to forget, however, when Joselu pulled around the back of Sanchez to dispatch Matt Ritchie's superb delivery from the right.

It was three headed goals in 18 minutes when Serge Aurier picked out Alli at the far post from deep on the right flank.

Rafael Benitez's side were almost level in the 48th minute.

Diame was afforded room in the box to clatter a left-footed shot against the upright, while Alli should have done better at the other end when picked out by another delightful Eriksen ball.

More unconvincing set-piece defending left Lloris thwarting Ayoze Perez at close quarters and Tottenham just about hung on after Vertonghen deflected an effort from substitute Rondon against the crossbar.

What it means: Pochettino's faith in stability passes early test

Despite fan concerns over Tottenham's lack of activity during the transfer window, Pochettino's settled side are under way in their bid to continue the fine form that has brought top-three finishes in each of the past three seasons. Spurs can lift their performances a few levels above what they produced in the north east of England; how often Newcastle can perform in such a combative manner will have a key influence over their survival hopes.

Pat on the back: Eriksen excellence a delight

In a game marked by frantic periods of action and errors, Tottenham's Denmark playmaker was a cut above. Perhaps assisted by his country's World Cup absence, Spurs were spared sustained worries over Eriksen's future. As usual, he was their creative inspiration, supplying five key passes over the 90 minutes.

The novelty of Kane's run without a goal in the Premier League season's opening month stretching to 14 matches will not concern Pochettino greatly. However, the sight of his star striker lacking sharpness and ceding possession with heavy touches and poor passes might. This was a tired performance from the World Cup Golden Boot winner.

Newcastle will attempt to get their season up and running at newly promoted Cardiff City next weekend, while Tottenham will play a home match at Wembley for the final time when they host Fulham.