Tottenham scrape to another win in English Premier League 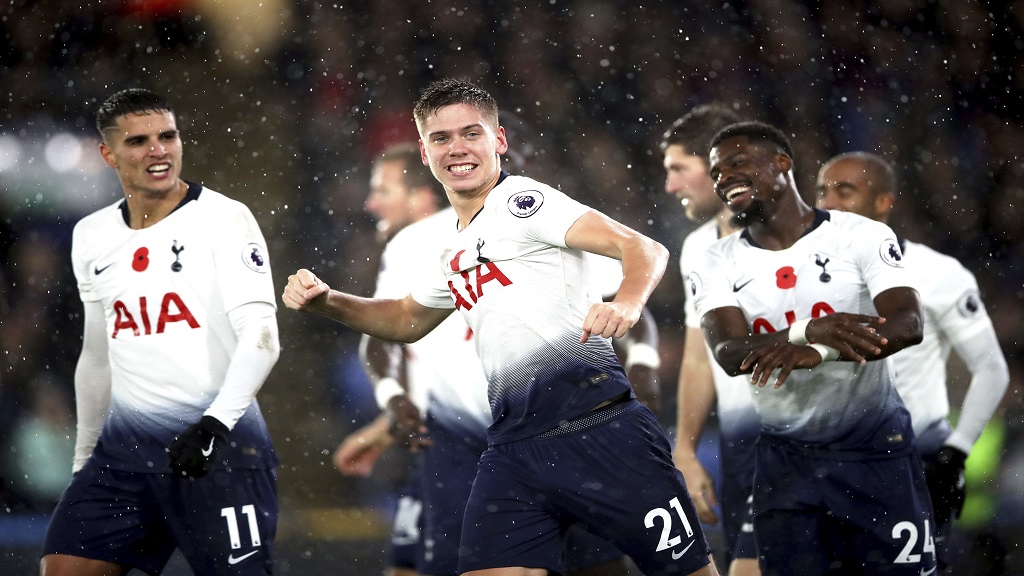 The 20-year-old Argentine center back scored a second-half goal to earn Spurs a 1-0 win over Crystal Palace that moved them level on points with second-place Chelsea and Liverpool in the standings.

A week ago, Foyth made his first appearance in the Premier League and gave away two penalties in Tottenham's 3-2 win at Wolverhampton Wanderers.

Signed from Estudiantes in the 2017 offseason, Foyth is getting a run in the first team only because of an injury crisis that has robbed Tottenham this season of nine of their 12 players who featured in the World Cup in Russia.

The latest casualties were Colombia center back Davinson Sanchez, who injured his hamstring in the Champions League in midweek, and England right back Kieran Trippier, who hobbled off injured midway through the first half against Palace.

Without even hitting their stride this season, Tottenham are firmly in contention in the title race.

Five of their six wins in the league have been by a one-goal margin, with the only league defeat since mid-September coming at home to leader Manchester City.

Newcastle climbed out of the relegation zone after beating Bournemouth 2-1 for a second straight win. Cardiff also won 2-1, at home to 10-man Brighton.

At Leicester, fans, players and staff honored their late owner, Vichai Srivaddhanaprabha, who was killed with four others in a helicopter crash two weeks ago.