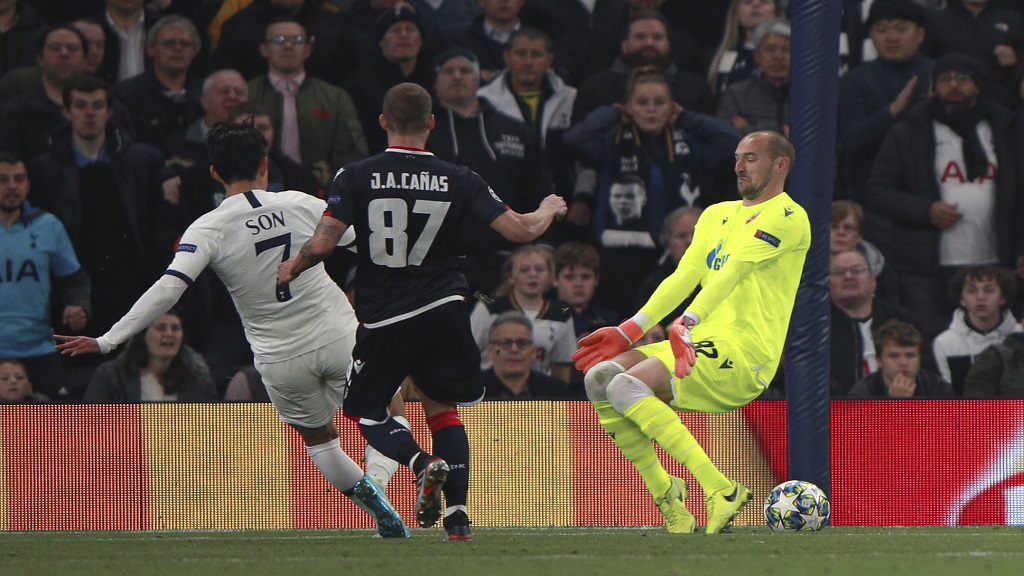 Tottenham enjoyed all the goals this time as it went from their heaviest home European loss to their biggest Champions League win.

Son Heung-min and Harry Kane both scored twice, and Erik Lamela also netted in a 5-0 victory over Red Star Belgrade on Tuesday to lift the gloom at Tottenham.

It came three weeks after the humiliation of a 7-2 loss to Bayern Munich for last season's beaten finalists.

Having also thrown away a 2-0 lead to draw their Group B opener to Olympiakos, Spurs are back on track in Europe. They moved to second place, a point ahead of Red Star but five behind Bayern Munich, which beat Olympiakos 3-2.

It isn't just in Europe where Tottenham have struggled until Tuesday.

With only one win in his last four Premier League games, manager Mauricio Pochettino even expressed doubts over his Tottenham future.

Pochettino was helped by a fellow Argentine.

It was a corner from Lamela that Kane headed in after nine minutes and he provided the cross that Son ran onto before finishing with a half volley in the 16th minute.

Son was on target again in the 44th, with Tanguy Ndombele slipping the ball through to the South Korea forward, who beat goalkeeper Milan Borjan at his near post.

This was not a night when Tottenham were going to surrender a winning position.

Not after the fourth goal came in the 57th minute.

Kane won the ball in midfield before playing in Serge Aurier on the right flank. The right back crossed to Lamela who netted on the turn to mark his 200th Tottenham appearance with a goal.

Kane had time to control Ndombele's pass in the penalty area before slipping in the fifth goal in the 72nd minute.

It seemed a rare day when everything went smoothly but it came a month after a 4-0 victory over Crystal Palace provided a platform to build on that was never seized.

Tottenham head to Liverpool on Sunday 13 points behind the Premier League leaders after nine games.

Guardiola won't be concerned if City win no titles this season