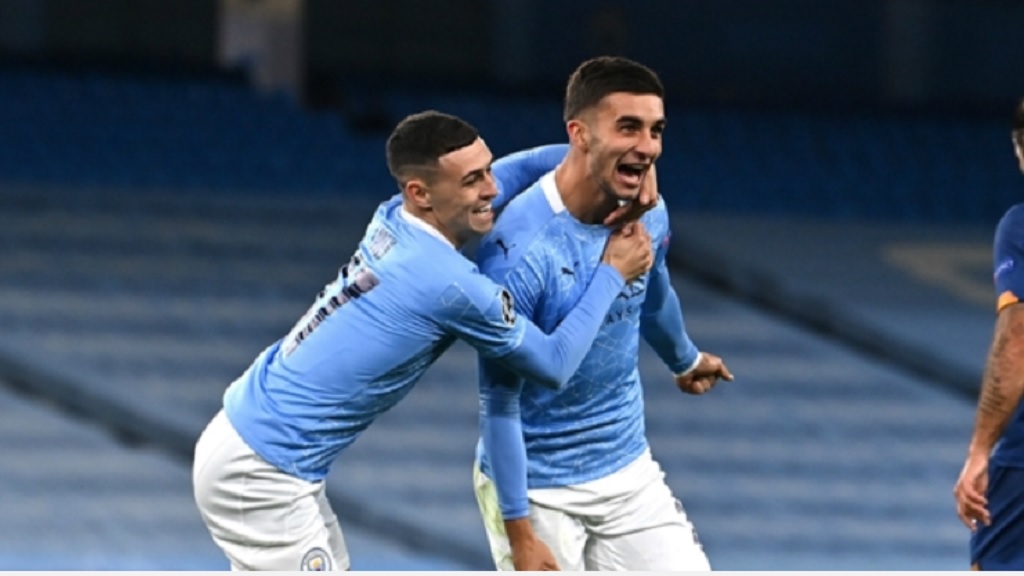 Ferran Torres came off the bench to score an impressive individual goal and complete Manchester City’s comeback in a 3-1 win over Porto in the Champions League on Wednesday.

The 20-year-old Spain international exchanged passes with fellow substitute Phil Foden before drifting inside and into the area, dropping his shoulder and curling a shot high into the net in the 73rd minute for City’s third goal.

Before that, Pep Guardiola’s team had relied on dead-ball situations to overcome its lack of fluency going forward and recover from going behind to Luis Diaz’s 14th-minute opener for Porto, which returned to the Champions League after a one-year absence.

Sergio Aguero converted a penalty six minutes later, after Raheem Sterling was bundled over by Pepe, to equalise with his first goal since March.

City right-back Kyle Walker produced an acrobatic goal-line clearance to stop Porto going back in front just before halftime, and Ilkay Gundogan put the hosts ahead in the 65th by curling a free-kick over the defensive wall and into the net from 25 yards (metres).

City — beginning their latest bid to become European champion for the first time in their history — found Porto hard to break down and clearly missed the creativity of injured midfielder Kevin De Bruyne, while Aguero lasted 67 minutes as he continues to build up match fitness after four months out.

The goal his team conceded would have been disappointing to Guardiola, too, with Portugal center back Ruben Dias giving the ball away in midfield before Diaz drifted across the area with the ball — beating Rodri then Joao Cancelo — before shooting into the bottom corner.