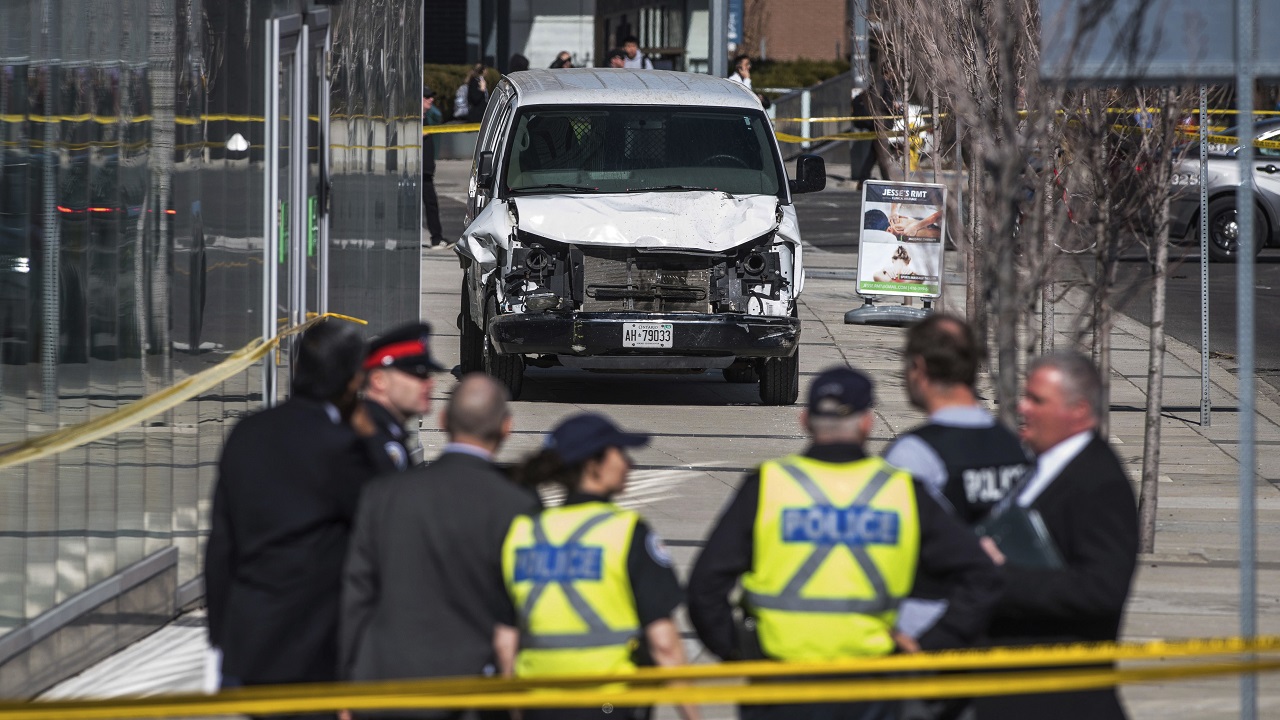 Police in the Canadian city of Toronto are piecing together witness accounts and surveillance video to determine why a man drove a rented van along a crowded pavement, killing 10 people and injuring 15 in what many said seemed a deliberate attack.

A 25-year-old suspect was quickly captured in a tense but brief confrontation with officers a few blocks away from where his van mounted the pavement on Monday and continued for a mile, leaving people bloodied and dead in his wake

Prime Minister Justin Trudeau downplayed the possibility of terrorism, saying on Tuesday that authorities saw no national security element in the case.

He told a news conference that the incident "hasn't changed the overall threat level in Canada", though it occurred as Cabinet ministers from the G7 nations were meeting in Toronto.

Authorities so far have not disclosed a possible motive or cause, though "the incident definitely looked deliberate", Police Chief Mark Saunders told reporters at a late-night news conference.

Saunders said the suspect, Alek Minassian, who lives in the Toronto suburb of Richmond Hill, had not been known to police previously. An online social media profile described him as a college student.

"We are looking very strongly to what the exact motivation was for this particular incident to take place," Saunders said. "We need every single piece of this puzzle so we can have a fulsome picture and account as to exactly what took place here."

Police said the suspect was scheduled to appear in court at 10:00AM on Tuesday, and that information on the charges against him would be released at that time.

The driver was heading south on busy Yonge Street around 01:30PM and the streets were crowded with people enjoying an unseasonably warm day when the van drove onto the pavement.

Ali Shaker, who was driving near the van at the time, told Canadian broadcast outlet CP24 that the driver appeared to be moving deliberately through the crowd at more than 30 mph.

"He just went on the sidewalk," a distraught Shaker said. "He just started hitting everybody, man. He hit every single person on the sidewalk. Anybody in his way he would hit."

Witness Peter Kang told CTV News that the driver did not seem to make any effort to stop.