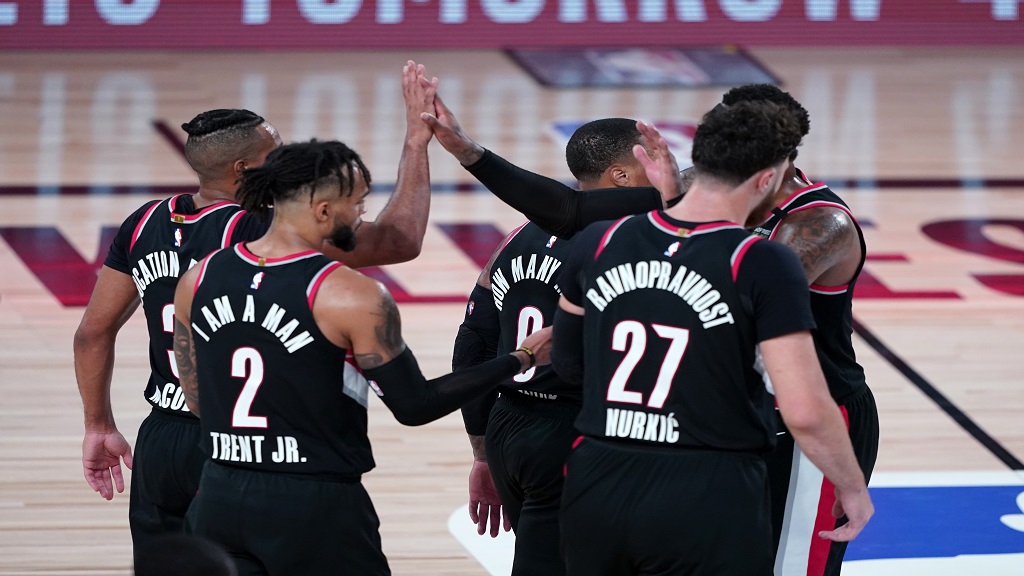 It was a day of upsets in the NBA playoffs as the eighth-seeded Portland Trail Blazers and Orlando Magic upstaged the Los Angeles Lakers and Milwaukee Bucks respectively.

Damian Lillard and the Trail Blazers powered past top seeds Lakers 100-93 in Game 1 of their Western Conference first-round series on Tuesday, while the Magic stunned the Giannis Antetokounmpo-led Bucks 122-110 in their Eastern Conference opener.

It is the second time in NBA postseason history that both eighth seeds have beaten the top seeds in Game 1, per STATS. The other occasion was in 2003, when the Magic and Phoenix Suns trumped the Detroit Pistons and San Antonio Spurs.

LeBron James' triple-double of 23 points, 17 rebounds and 16 assists were not enough as the Lakers superstar (12-2) lost for just the second time in the opening game of a first-round matchup.

The Magic — without a playoff series win since 2010 — did not follow the script as they took down the Bucks thanks to Nikola Vucevic's big night.

Vucevic had a playoff career-high 35 points and 14 rebounds to lead the Magic past the Bucks, who swept the season series by winning four games by an average of 17 points.

A double-double of 31 points and 17 rebounds from reigning MVP Antetokounmpo was not enough to lift the Bucks which are eyeing their first championship since 1971.

No Russell Westbrook, no problem for the Houston Rockets. In the absence of the injured star, James Harden posted 37 points and 11 rebounds as the Rockets — seeded fourth in the west — soared past the Oklahoma City Thunder 123-108 in their series opener. Houston made 20 three-pointers.

Danilo Gallinari matched a playoff career-high with 29 points for the fifth-seeded Thunder. Chris Paul recorded 20 points, 10 rebounds and nine assists against his former team. Steven Adams put up 17 points and 12 rebounds for a double-double.

Meanwhile, Jimmy Butler fuelled the Miami Heat's 113-101 victory over the fourth-seeded Indiana Pacers in Game 1. Butler had 28 points, including two big three-pointers in the final quarter. Goran Dragic added 24 points, while Bam Adebayo (17 points and 10 rebounds) finished with a double-double.

Pacers star Victor Oladipo is day-to-day after injuring his left eye against the Heat. Oladipo was inadvertently poked in the eye by Miami's Jae Crowder with just over three minutes remaining in the opening quarter. He had scored four points in nine minutes prior to exiting.

Can the Philadelphia 76ers bounce back from their Game 1 loss against old rivals the Boston Celtics? Philadelphia will meet Boston on Wednesday. The Celtics will be without injured star Gordon Hayward (ankle).