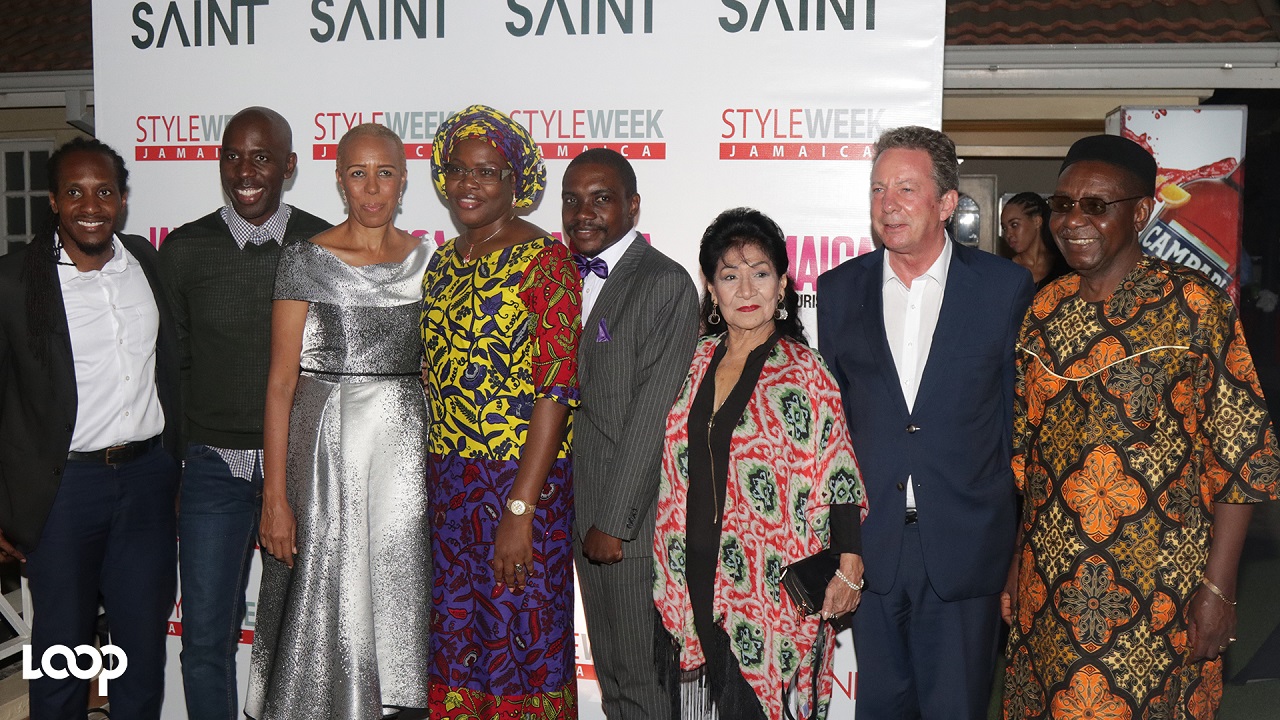 Saint International CEO Deiwght Peters (second left), pictured at the launch of Style Week 2018 with dignitaries and fashion industry insiders, has promised an exciting week of activities that will thrill the island's ‘fashionistas’. (PHOTOS: Shawn Barnes)

More than 20 Saint International models will this week take a break from parading wares on runways overseas to showcase the work of established and up-and-coming Jamaican designers at Style Week 2018.

Saint International hosted an intimate launch for the 14th staging of Style Week – which will be held from Wednesday to Sunday – on Monday evening on the rooftop of Eden Gardens in St Andrew.

Deiwght Peters, the model agency’s CEO, while outlining the five-day schedule of activities that he expects will thrill the island's ‘fashionistas’, said although his models are booked to appear on runways across the world, he impressed on them the importance of their appearance at Style Week.

He said, "when we checked it out, it will be over 20 working international models, all Saint International models, who will be in for Style Week and we are very proud about that. The idea of course, as we say to these models, 'you are here to support the (local) industry'."

Peters said it is especially important beacause Saint International is a leading exporter of models from the Caribbean, achieved by setting trends and working closely with some of the biggest fashion brands in the world, especially in France.

"One of the highlights and one of the key interest of the international media that will be coming in this week for Style Week is the absolutely incredible record of international models, who are all Jamaican models, who will be on the runway," Peters said.

Meanwhile, Minister without Portfolio in the Ministry of Finance, Fayval Williams said that Jamaica's fashion industry is set to be a major player in the island's quest for economic growth.

She said this will be facilitated by the growth of the industry, especially now that Saint International and other local agencies are being given the opportunity to showcase the island on runways around the world.

According to Alando Terrelonge, Minister of State in the Ministry of Culture, Gender, Entertainment and Sport, Saint International has opened opportunities for individuals to expand their horizon. He congratulated Peters for "raising the flag of Jamaica to the next level" by giving Jamaican youths the opportunity to showcase their talent.

Deputy Chief Executive Officer of the Jamaica Business Development Corporation (JBDC), Harold Davis, told the gathering that his entity and Saint International will be working with grassroots talent in an effort to bring the island's designers to compete with those on the international market.

Davis said that the JBDC will be mentoring designers at the bottom level, giving them the necessary expertise to create businesses, as while the local industry is not short of talent, oftentimes, the sector falls short, because it is not given the monetary support needed.

General Manager of the Urban Development Corporation, Dr Damian Graham, said that events like Style Week are included in the government entity's plan to develop Kingston into a 21st-century city.