The top 10 most powerful women in Jamaica 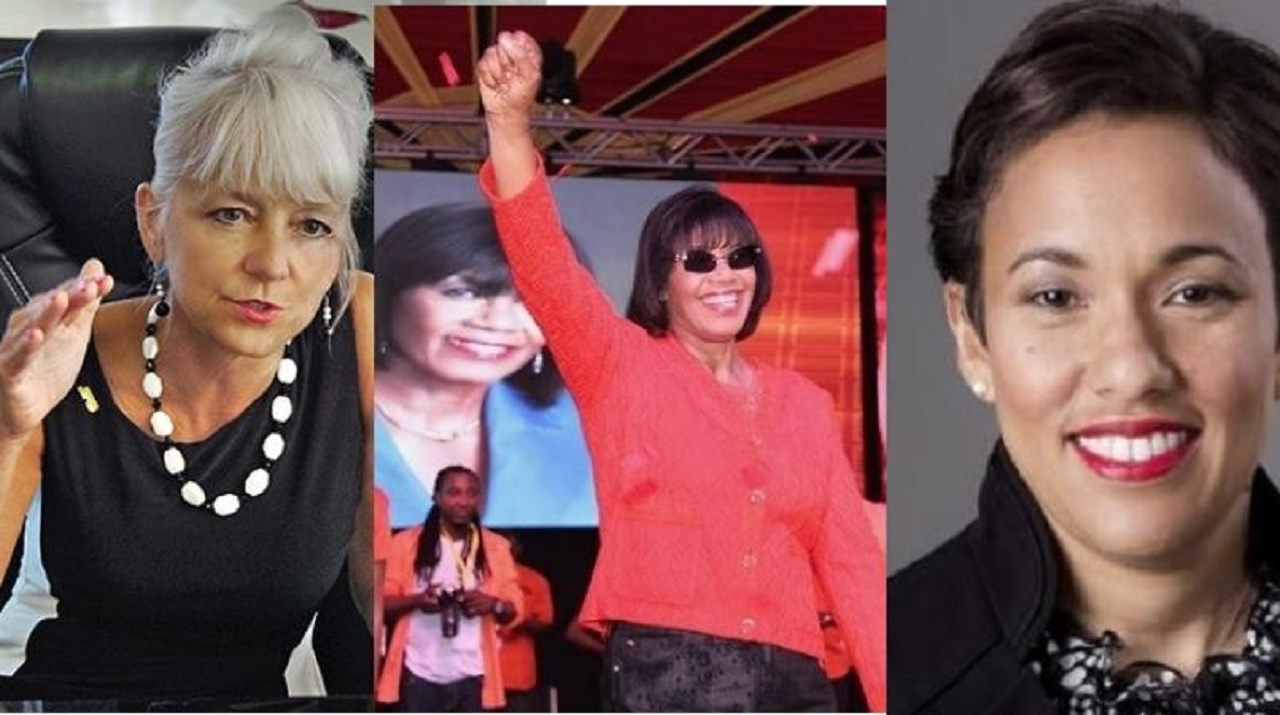 The accomplishments, tenacity and fortitude of Jamaican women are well known and Shaggy proclaimed as much in his hit song, ‘Strength of a Woman’.

More women than men graduate from UWI and more often than not women are the anchors of Jamaican households.

She has been a professional politician throughout her career and is generally acknowledged as one of the most popular Prime Ministers in the Caribbean. Her hugs are legendary .Her emotional intelligence and ability to connect with the electorate has been her calling card for many years.

She has made Shaggy’s ‘Strength of a Woman’ her personal anthem.  It is said that she can carry a general election all by herself which makes her political dynamite.

The lady who holds the keys to the capital and sees to it that one of the leading cities of the Caribbean is well run and adequately services its citizens. Always diligent, she has garnered a reputation as a woman who can ably execute and understands political machinations.

Affectionately known as the ‘Pocket Rocket’, she is the sprint queen of Jamaica and a fantastic ambassador for the country.

Every sponsor’s dream, she remains sure-footed and has played an invaluable part in Jamaica’s recognition as the track capital of the world.

She has ruled for close on a decade and is expected to do so for some time to come.

Affectionately known as ‘Jacqui’, she is the boss of a bank that has served Jamaica for well over 130 years and for many of those, was regarded as its top financial institution.

Always approachable and amenable, she has earned the top job at the top bank but never proclaims that she is a big shot. Never verbose or overtly demonstrative, her calm demeanour belies the awesome responsibilities she has to bear.

There are not many people anywhere in the world that can infuse a big financial institution with a culture of love, and caring for people, - it seems counter to the current prevailing thinking. Donna Duncan Scott has done just that.

She took over her mother’s company JMMB at just 36 and presided over profitability, impressive shareholder value and arguably one of the best indigenous finance houses in the Caribbean.

A passionate patriot, she is known to hold steadfastly to her principles.

Never the dour banker, she is fun and effervescent. She is a wife, mother leader and though still relatively young, the family matriarch and the voice of reason and prudence.

Check out her performance at TEDx Jamaica. You will be inspired.

Literally the woman who controls power in Jamaica. This lady has left her mark on corporate Jamaica and is known by all as simply ‘Kelly’. She is well regarded for her vast knowledge of the electricity business and has never shied away from addressing the performance of her company or its exorbitant prices where many may opt to go into defensive mode.

She is a champion of more efficient energy solutions for Jamaica.

Don’t let her image as the life of the party fool you – she works incredibly hard and has the full support of those who work for her.

She has an MBA from New York University. She also has a law degree and Journalism degree with a Master’s in Business Public Relations from West Virginia.

Hailed as the hardest working woman in Corporate Jamaica, she has presided over the most popular dining outlets in Jamaica for 40 years. To endure for so long and still be on top says it all.

Lorna Myers is known for her tenacity and her philanthropy. Nothing can wither her.

In 2012, she was inducted into the PSOJ’s Hall of Fame and she continues to be a stalwart in the business community.

Before she was the matriarch of the Myers family empire, she worked in the airline industry and in real estate thus explaining her well-honed work ethic and her ability to effectively execute.

It is always heartening when you raise your children right and they can safeguard your life’s work and legacy. Lorna Myers has done that and her businesses may well endure for decades to come.

You can’t call it unless Dorothy McClarty says you can. The most powerful person in the country has to get the approval of this lady before he or she gets the mandate from the people.

She has been a top lawyer for over 45 years and a long serving partner of the reputable law firm Myers Fletcher & Gordon. She is viewed as the doyenne of real estate law, having made that division for the firm the best in the country.

She also sits on the board of Jamaica National, the country’s top building society that was recently granted a banking licence.

Always gracious with implacable manners, her integrity and acumen are sought by private and public sector bodies alike.

When she calls, you’d better pick up the phone and pay attention!

9.  President of the Press Association of Jamaica and broadcaster, Dionne Jackson Miller

Regarded as among of the finest broadcasters in Jamaica, Dionne Jackson Miller can bring chops to wherever she goes.

Her television programme, ‘All Angles’ sees her as the ‘Robin Day’ of her time. As an inquisitor whether on radio or on television she has proven to be a prized asset for the RJR Group.

It comes as no surprise that she was able to segue into a legal career while still being a top broadcaster.

More recently she has been instrumental in making the Press Association of Jamaica a renewed force and is looking to bolster its membership. Journalists in Jamaica are not renowned for having a committed effective champion-they do now.

It doesn’t appear anybody wants to lose her to the legal profession. Long may she reign as a leader of the fourth estate!

The queen over all she surveys and she surveys over 5,000 acres of prime real estate. Some of the world’s leading hotel brands such as the Ritz Carlton and the Hyatt have run their hotel operations from her properties.

She is a major player in the Jamaican tourism industry with a vital role in ‘sheparding’ the Spanish hoteliers who now operate on the island. In fact the King of Spain rewarded her for efforts in that respect.

This former Miss USA continues to exhibit business savvy and has seen to it that Rose Hall Developments is a power player on the north coast.

But it is not all business with her. She is a tireless philanthropist and she must be credited for the work she has done with the Prince’s School of Traditional Arts and the SOS Children’s Village. She has been very vocal on the welfare of tourism workers and is an advocate of a meritocracy.

She has been awarded the Order of Distinction (OD) and her net worth has been placed at anywhere between US$100 million to US$400 million.

Affectionately known as the Queen of the North, she remains committed to Jamaica and its development.