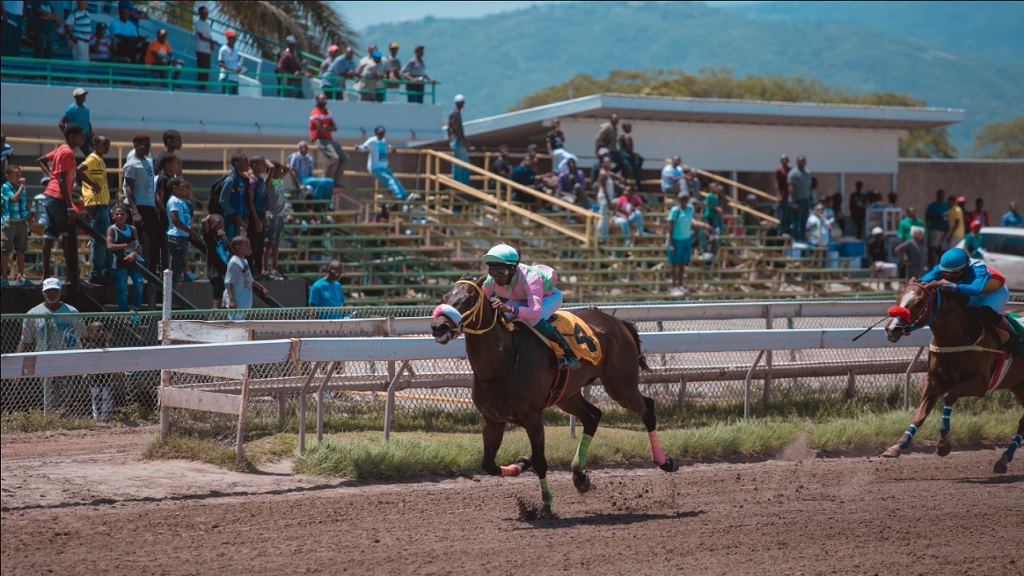 Again partnered by Linton Steadman, with whom he went down by a short head to stablemate SUPREME SOUL in the July 27 St Leger, TOONA CILIATA locked horns a half-mile out with SENTIENT, the Jamaica Derby runner-up, before powering clear in the stretch run.

TOONA CILIATA won convincingly, allowing SENTIENT seven pounds, winning the route race in 1:56.2 at odds of 8-5, his third victory from 10 starts. United States-bred SHE'S AN INTROVERT, SENTIENT's stablemate, tried matching strides but was left flat-footed when the pace quickened three furlongs out but stayed on for third as the even-money favourite.

Apprentice Christopher Mamdeen extended his lead atop the jockeys' standings with a three-timer, ANOTHER VIGOROUS, NYOKA CLASSIC and SYNCHRONIZE in the sixth, eighth and 11th races, respectively.

Jemar Jackson and Steven Todd combined for a jockey-trainer two-timer on the 11-race card, DAD'S LUCK, and D M CUTIE, in the fourth and seventh events.

Racing continues on Saturday with the seven-furlong Gold Cup as the feature event on the 11-race card.