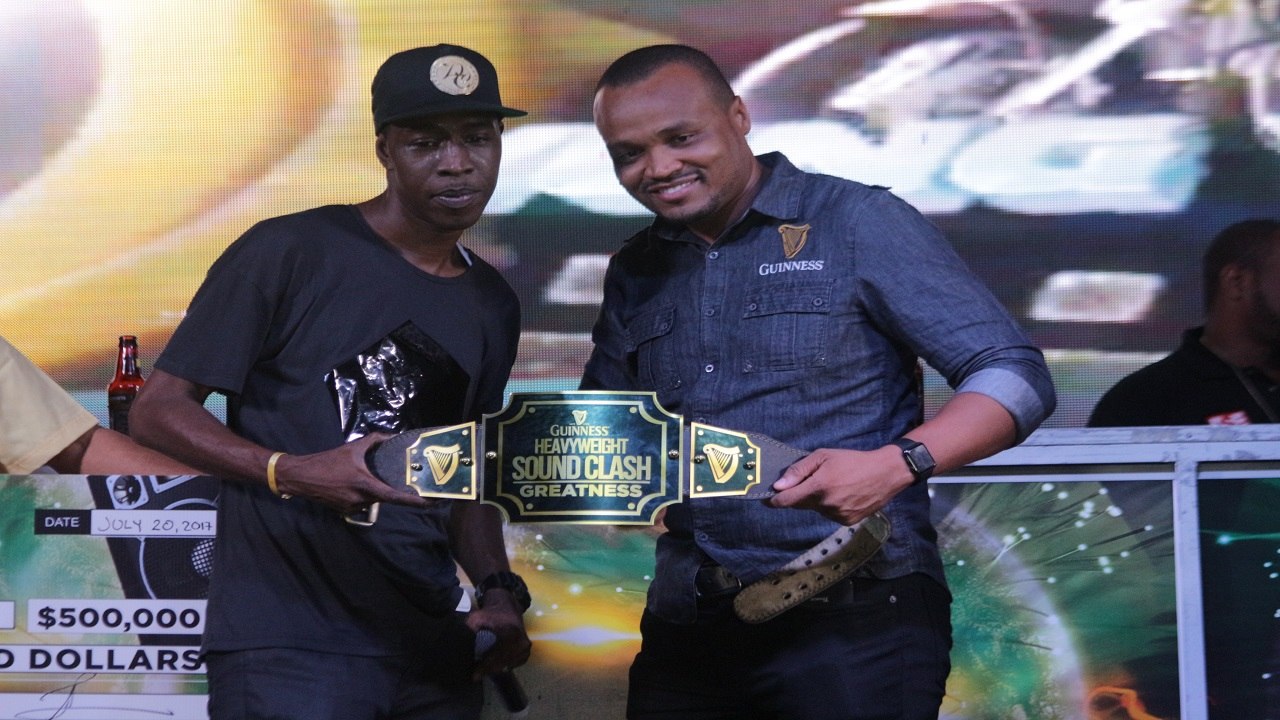 After a slow start, Matterhorn picked up dramatically in the latter rounds to overcome a number of controversies that plagued the event and in the process downed his four challengers - Japanese sound system Yard Beat, Warrior Sound from Germany, Clarendon-based No Limit and New York's Soul Supreme.

Matterhorn's selections during the tune-for-tune section swayed the crowd in his favour as well as the three judges - Scatta Burrell, Colin Hinds and Dr Sonjah Stanley-Niaah - especially in the final round, when he overpowered Soul Supreme's Likkle Shabba.

The setting was somewhat of a revese gladiator ring, as the spectators were bunched in the middle with the selectors at different points around the circle, overlooking the fair-sized crowd that turned out at the venue.

It started with each sound 'juggling' for 10 minutes each in Round 1, which was to set the mood for the evening, as neither got eliminated during that round. In the second round, the selectors for each sound were asked to play five collaborations from the 1990s, with the third round being a face off. The two final rounds had the selectors from each sound playing tune for tune.

According to Matterhorn, the rules affected the selectors' performance, but he understood why the organisers had to implement some of the rules.

He said, "they (the organisers) did great. They did a good job. At first, it was kind of shady, because they had so much rules, but great warriors just know how to escalate and excel beyond. So it was nice overall.

"Sound clash will never die. This is what we giants call a microwave clash, because by right, sound clash is way more authentic than this. We don't edit songs, but for corporate Jamaica we had to be a little more subtle," he said.

Matterhorn plans to donate at least a fifth of his cash prize to a charity.