Toni-Ann Singh to perform at Emancipation Park on Saturday 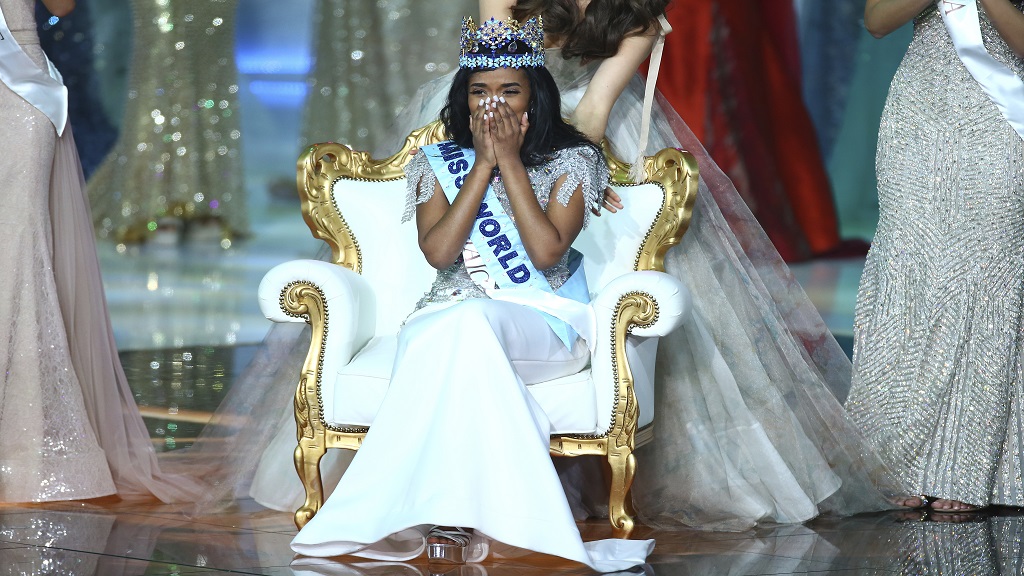 Winner of Miss World 2019, Toni-Ann Singh of Jamaica, reacts after winning the award, at the 69th annual Miss World competition at the Excel centre in London Saturday, Dec 14, 2019. (Photo: AP)

Jamaica’s newest Miss World, Toni-Ann Singh, will be the toast of an elated nation over four days, beginning this Friday, December 20.

The beauty queen, who last Saturday wowed the audience, fellow contestants and judges alike with a powerful rendition of Whitney Houston’s ‘I Have Nothing’ inside London’s Excel Arena, on her way to copping the 2019 edition of the coveted Miss World title, will perform during a cultural concert at Emancipation Park in New Kingston this Saturday.

The four days of celebrations to mark her victory will end on Monday.

The announcement was made on Wednesday by Olivia Grange, the Minister of Gender, Culture, Entertainment and Sport during a post-Cabinet media briefing. The concert is scheduled to get underway at 7pm.

Grange told members of the media that she has been having talks with Julia Morley, the head of the Miss World Organisation, and with Singh.

“I have been impressing upon them, how eager we all are to see her and to celebrate with her as she begins her reign.

“The initial response from Mrs Morley was that she had a very tight schedule and it would be unlikely before sometime in January. But after discussions, many late night discussions, we all agreed that Miss World should return home for a brief visit organised by the Government of Jamaica,” Grange said.

It will be a tight four-day schedule for  Singh, as listed below:

- Miss World arrives in Jamaica at 5.15 pm on Friday.
- Press conference at the Jamaica Pegasus on Saturday at 10 am
- Cultural tribute beginning at 7 Saturday evening at Emancipation Park.

- On Sunday, the St Thomas native will journey to the parish of her birth to attend Unruly Fest, which is being hosted by dancehall artiste Popcaan.
- Will tour sections of St Thomas on Sunday.
- Will be hosted by Prime Minister Andrew Holness at a reception at Jamaica House on Sunday evening.
- On Monday, Miss World will make a courtesy call on Governor-General Sir Patrick Allen.
- Courtesy call with the Leader of the Opposition Dr Peter Phillips, also on Monday.
- Singh will visit the Women’s Foundation of Jamaica headquarters in Kingston Monday and will later have lunch with the Minister of Tourism, Edmund Bartlett.