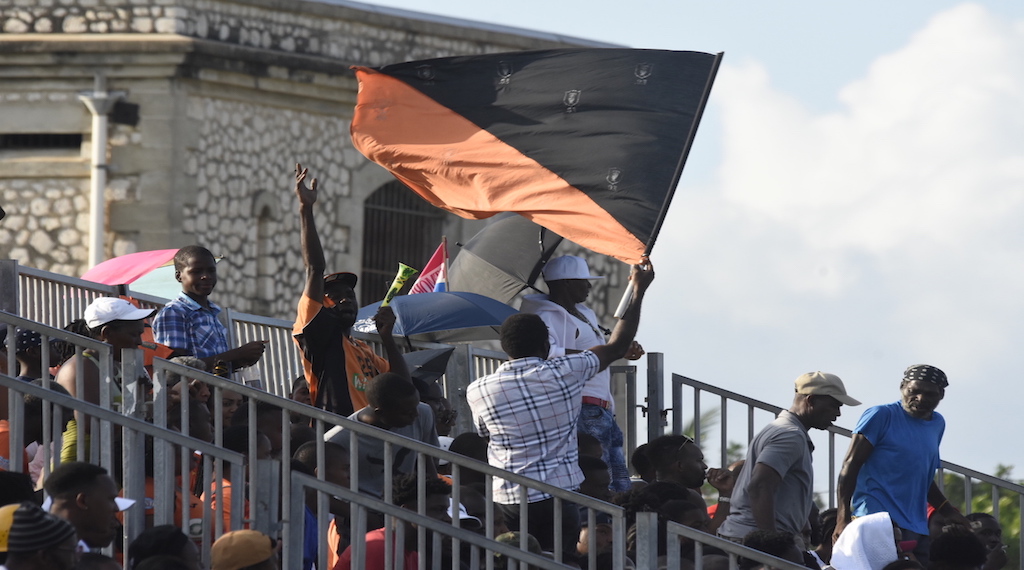 Tivoli Gardens' top six bid in the Red Stripe Premier League was boosted on Sunday with a win over defending champion and leaders Portmore United 3-2 at the Edward Seaga Sports Complex.

Rosario Harriot gave Portmore the lead with an 11th-minute header, but Colorado Murray equalised for Tivoli two minutes later with a shot from outside the area that bounced awkwardly in front of and over Portmore's goalkeeper Benjamin Williams.

Osani Ricketts scored an own goal in the 21st minute as he attempted to boot away a cross from the right that goalkeeper Williams was well positioned to handle behind him, and Tivoli went further ahead from the penalty spot in the 43rd minute with veteran Jermaine 'Teddy' Johnson converting after Murray was fouled inside the area.

Portmore exerted pressure on Tivoli in the second period, which resulted in Marvin Morgan's attempted header to avert danger looping over goalkeeper Davian Watkins in the 68th minute. However, Tivoli managed to hold on for the big win.

Tivoli's recently-appointed coach, Philip Williams attributed what he said was a lift in their standard of play to the players buying into his football philosophy.

Since the appointment, Tivoli have lost to Arnett Gardens and Mount Pleasant Football Academy, before drawing with strugglers Harbour View and then beating Portmore on Sunday.

Williams, after Sunday's victory, said, "We are very optimistic of making it to the top six. We have been playing good football in the last three games and tonight everything came together; we are happy about the win.

The win carried Tivoli to 39 points, three behind UWI who occupy sixth place in the points standing but have their 30th-round match outstanding, which they will play against Waterhouse at Drewsland Monday night.

According to Williams, the win was a result of his charges executing the game plan of using the flank to pull Portmore's defence out of position and, after getting a comfortable lead, securing the victory by withstanding whatever Portmore threw at them.

Three more rounds of matches will be played after which the second phase of the competition will begin, with only the teams that finish in the top six. The top two teams qualify automatically for the semi-finals. The other two semi-finals spots will be filled by the winners of the playoff between third place and sixth and the clash involving fourth and fifth.

Meanwhile, Shavar Thomas, coach of Portmore believes that he has the personnel to top the league's preliminary round and win the $1million bounty, despite Sunday's setback against Tivoli.

Portmore lead the standing on 59 points, five more than Waterhouse with Mount Pleasant third on 51 and Cavalier fourth on 50. Waterhouse can reduce that lead on Monday when they tackle UWI.

Thomas said, "topping the league is still there for the taking. We just have to take care of the games we have left to give us that spot. We have more games to play and we have a pretty professional group; these guys will come back and regroup again."

Meanwhile, in the day's other match, Harbour View defeated Humble Lion 1-0 at Harbour View Mini Stadium to ease their relegation worries. Tevin Scott scored the winner in the 68th minute.

Harbour View are in 10th position on 31 points. Montego Bay and Reno currently occupy the two-team relegation zone in 11th and 12th with 27 and 23 points respectively. Humble Lion are in ninth place on 31 points, the same Harbour View.