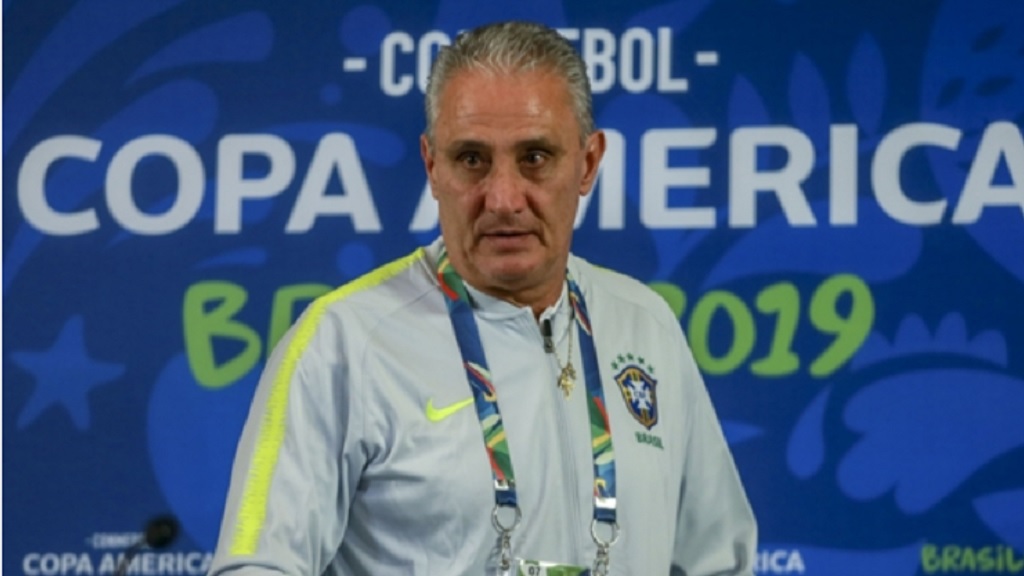 Tite denied a report Brazil had used a drone to spy on Peru ahead of their Copa America clash on Saturday.

Peruvian newspaper Libero claimed Brazil sent a drone to oversee Ricardo Gareca's team train in the lead up to the Group A encounter in Sao Paulo.

Tite, whose team was held by Venezuela in their previous outing, dismissed the report from Peru.

"If you have to pay this price to win, I'll take my cap and go home."

Heading into the final matchday, Brazil and Peru each have four points in the group, ahead of Venezuela (two) and point-less Bolivia.

Brazil was boosted by the presence of Neymar on Friday, the injured superstar briefly visiting his team-mates.

"We were together, I gave him a hug," Tite said.

"He saw his colleagues. I wished him health and light."

Tite under pressure after goalless draw with Venezuela