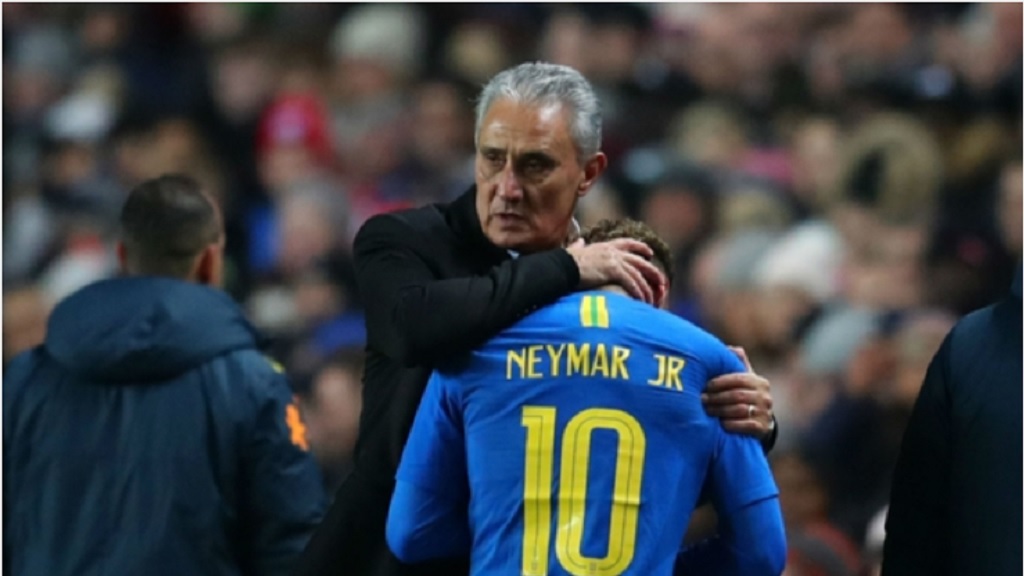 Brazil coach Tite says star player Neymar would never be left out of one of his squads as long as he was fit to feature.

Neymar was not involved for Paris Saint-Germain (PSG) in their opening Ligue 1 fixture of the season against Nimes as speculation continues over his future.

Barcelona have long been linked with a move for their former forward, with reports this week claiming PSG have turned down a bid from the Catalan giants, as well as their LaLiga rivals Real Madrid.

PSG paid a world record €222million to sign Neymar from Barca in 2017 but his time in Paris has been blighted by injuries while team-mate Kylian Mbappe has become a key figure for Thomas Tuchel's side.

Neymar suffered a blow at the end of last season when, after recovering from a foot problem, he sustained an ankle injury which kept him out of the Copa America – a tournament Brazil won on home soil in his absence.

But the 27-year-old, whose injury has "completely healed" according to PSG sporting director Leonardo, features in Tite's squad for September friendlies against Colombia and Copa America finalists Peru.

"What I will say is that, concerning to a player with such a level and quality as Neymar, we would never leave him out of this group," Tite told a news conference on Friday.

"We talked about three aspects that we can make public, not all the conversation but these things we can. Firstly, his moment and how he felt. He said he was happy, feeling okay and he had been working normally.

"I asked about his emotional situation because this influences the athlete's performance. He said he was calm, that he knew things were taking their way and that he was waiting for PSG to give a definition of his situation.

"The third aspect we talked about was how he felt about playing before our matches, because there's an optimal time to play as long as he's available."

Philippe Coutinho was reportedly included in Barca's offer to PSG for Neymar, and though the playmaker has struggled to cement a place at Camp Nou, Tite is confident he will soon rediscover his best form for club and country.

"He's had highs and lows," Tite added. "He started the Copa America, more precisely the first two matches, being the star of it.

"And then he drops a bit, but gets back to his level. He's a great player and hopefully he'll get back to that pattern from Liverpool.

"But it's normal, sometimes, when you change clubs. I'm sure that getting back to his former level is his goal and ours too."