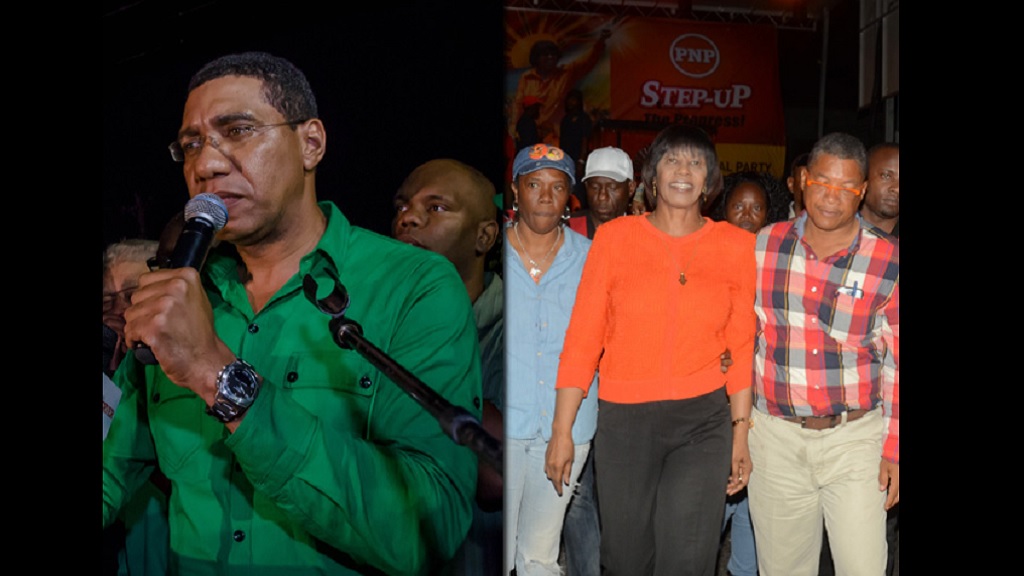 The biggest question making the rounds in political circles these days surrounds the date of the next general election.

Although not constitutionally due until February 2021, with an effective ‘grace period’ that could take it all the way down to June 10 next year,  Prime Minister Andrew Holness and his governing Jamaica Labour Party (JLP) had long telegraphed that Jamaicans would go to the polls this year.

That was long before COVID-19 threw a spanner into those plans.

Holness suddenly wants Jamaicans to believe that he is not thinking about elections right now but rather is focused on rebuilding the economy that has taken a battering since the onset of the coronavirus. That’s according to media reports over the weekend, when he also reportedly took a swipe at the Opposition People’s National Party (PNP) for supposedly doing nothing other than being fixated on an election date, while he, Holness, wants to rebuild people’s lives.

The fact is that the local economy is set to contract by a minimum 5.2 per cent of GDP in 2020, according to predictions from just about every credible source, and the longer Holness takes to ring the bell or ‘fly the gate’ the more painful will be the economic fallout for Jamaicans.

Hence, speculation is understandably rife that Jamaica’s 18th general election since Universal Adult Suffrage in 1944 could be held as early as August. That’s the earliest date possible after the states of emergency (SOEs) that are spread across seven parishes would have elapsed on July 25. If the Labourites were to retain state power, they would look to re-impose SOEs, a major plank of their crime-fighting strategy, as soon as possible. In that regard, the prime minister would not want the criminals to believe that they have any breathing room to carry out their criminal activities.

Therefore, while speculation mounts about the election date, what is obvious is that Jamaicans have never been asked to choose their government in the month of August. Neither have Jamaicans been asked to do so in the months of May, June and November. Circumstances could change this time around as time is of the essence for the governing party and only the prime minister can call it.  Except for September 3, 2007 when Portia Simpson Miller called the elections and lost to Bruce Golding, a general election is usually avoided in this month because it is the back-to-school month when people’s focus is elsewhere.

November has never been used but it could happen this time around.

Elections were held twice in October. The most famous October poll was held on October 30, 1980 when Edward Seaga’s JLP won a memorable landslide over Michael Manley’s PNP in the country’s bloodiest election ever. PJ Patterson’s PNP fended off the challenge of Seaga in the October 16, 2002 poll. That was Patterson’s last election before he made way for Simpson Miller in 2006.

Of note is that despite reservations voiced by Jamaicans every time talk of a general election takes place, a cursory glance at the dates show that a vast majority of elections are held in the month of December. The reason for so many December polls is unclear since conventional wisdom dictates that people are distracted by Christmas shopping and the upcoming New Year celebrations.

That has not prevented Jamaicans from going to the polls to elect their government in six of 17 general elections so far. And it is an even split of three victories each for the two main parties.

The fact is that Jamaica’s first two elections were held on December 15, 1944 and December 20, 1949. Both were won by the JLP. The PNP would taste victory in the month of December for the first time on December 15, 1976 when Manley was triumphant. When the PNP boycotted the election in 1983, ostensibly because the voters’ list was ‘dirty’, Seaga set the date for December 15 and his party won all 60 seats in the House of Representatives.

With four, February is the month with the second most general elections. And once more, it is an even split in terms of victories for the two parties. The PNP won on February 29, 1972 and February 9, 1989 which was Manley’s third victory at the polls. For its part, the JLP won on February 21, 1967 and again on February 25, 2016 with Holness eking out a one-seat win over Simpson Miller's PNP, the narrowest margin of victory in Jamaica’s electoral system.