Time come for the real Peter to stand 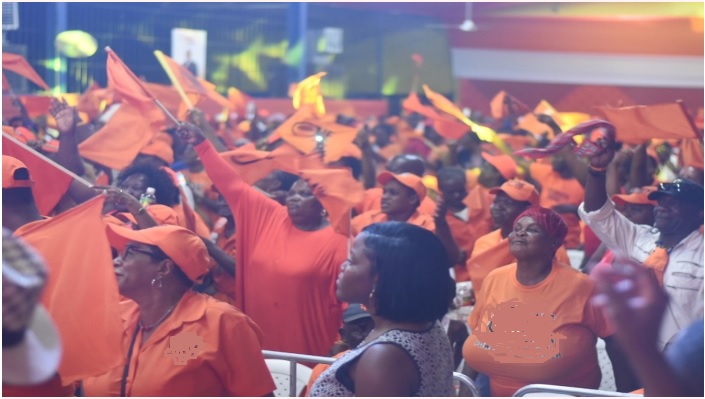 Just shy of 3,000 delegates of the People’s National Party (PNP) are expected to descend on the National Arena in St Andrew today to cast their ballots in a presidential election that will determine whether Opposition Leader, Dr Peter Phillips, remains as President of the party or is toppled by his challenger, Peter Bunting.

It is a high stake special delegates' conference and a race that Bunting would love to win, given that he is celebrating his 59th birthday today, and the fact that he has posited the view that Phillips is not electable at the national level.

In their final campaign rally last Sunday, both men and their supporters expressed confidence of victory.

For Phillips, 69, today’s election is the third presidential contest that he will be contesting. He was beaten in 2006 and 2008 by Portia Simpson Miller. This is while it will be Bunting’s first.

After the two bruising encounters with Simpson Miller, Phillips eventually become PNP President in 2017, but only after Simpson Miller retired from politics after leading the party to a defeat in the 2016 general elections.

Since assuming leadership of the PNP, Phillips has led the party to by-election defeats in South East St Mary and Eastern Portland, and has perennially trailed Prime Minister Andrew Holness in opinion polls, and so too the PNP behind the governing Jamaica Labour Party (JLP).

Phillips’ double-digit trailing of Holness led to questions being asked both inside and outside the PNP, about whether he can lead the party to victory in the next general elections, which are constitutionally due in 2021.

For Bunting and his supporters, the answer has been a resounding ‘no’, hence his decision to challenge Phillips for the presidency in a move he announced on June 8.

In then announcing his decision to run, Bunting, a former general secretary of the PNP, said the party’s popularity has waned since the defeat in the 2016 general elections, something which he attributed to Phillips’ ‘unattractiveness as a leader’.

Bunting, who has held various other positions within the party over an extended period, said he believes the time is right to clarify the leadership situation in the party since different polls have indicated that Phillips' leadership standing has fallen.

"There is also a growing acceptance/resignation in the general public and among various stakeholder groups, including party members and supporters, civil society and private-sector leadership, that the PNP under Dr Peter Phillips’ leadership, cannot defeat the JLP in a general election.

This will have negative consequences for voter support, organisational energy and party/campaign funding,” Bunting argued.

Less than two weeks before he announced his challenge, Bunting was offered the role of campaign director for the PNP for the next general elections, but he refused the offer.

Saturday’s election, which comes at the end of a bitter, bruising and oftentimes disrespectful three-month-long campaign that often saw insults being traded on social media between supporters of both men, will be presided over by the Electoral Office of Jamaica (EOJ).

The stage was set for the Bunting challenge from as far back as 2017 when he flirted with the idea of challenging for the position when Simpson Miller, who was then Leader of the Opposition after twice serving as prime minister, indicated that she would be stepping down. She had lost the February 2016 general elections to Holness and the JLP.

However, Bunting’s flirtation quickly ended, paving the way for Phillips, who had successfully served as Finance Minister in the Simpson Miller Cabinet, to assume the posts of PNP President and Opposition Leader.

According to Phillips’ supporters, he is both tried and proven as a politician. They cite that he has done well at most ministries he has been put in charge of, he is a man of integrity with no taint of corruption on his part, and is genuine and very intelligent.

For his part, Bunting has been described by his backers as a proven winner in political contests. He famously ended the political career of former Prime Minister Hugh Shearer when he won Shearer’s South East Clarendon seat, a strong JLP seat then, in the 1993 general elections.

He took an extended break from politics but has since staved off several challenges in his Central Manchester constituency since his return. He too has been described as a man of integrity and intelligent, with no taint of corruption surrounding him.

Who will win the presidential contest?

Among the pundits, veteran political commentator, Mark Wignall, has indicated that he would personally like Peter Bunting to win.

“I am not going to call it for either of the two candidates involved, but personally, I prefer to see Peter Bunting win because I believe it will give the Opposition People’s National Party a good shot in the arm,” said Wignall.

“It would give the PNP a chance at new life, and it would put a true meaning to our democracy, meaning that you have an Opposition party that constantly keeps the ruling party, in this case, the JLP Administration, in check, and gives it constant challenges,” Wignall told Loop News.

For his part, political and social commentator, Kevin O’Brien Chang, expects Phillips to turn back the challenge of Bunting. However, he has conceded that the race could go either way.

“When it (the campaign) first started, I thought that Peter Phillips would win because incumbents have won every challenge in Jamaica, and he has the history of the establishment behind him,” O’Brien Chang said.

Fitz Jackson says all is in place for PNP presidential election