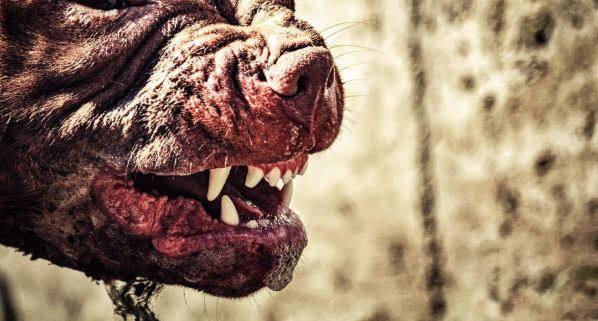 The Government is considering repealing and replacing the 142-year-old Dogs (Liability of Injuries) Act, which could see the owners of dogs that attack and injure or kill persons, being held criminally liable, according to Justice Minister, Delroy Chuck.

The existing Act is likely be replaced with a Dogs Liability of Owners Act, said Chuck.

The minister made the disclosure during a press conference on Thursday at the ministry in St Andrew.

Chuck’s pronouncement follows the latest attack by the dangerous pit bull breed of dogs on a teacher, which left her badly injured.

However, there will be no criminal charges filed against the owners of the four pit bulls that mauled the St Richard’s Primary School teacher last week Thursday.

That is because the 1877 Dog (Liability of Injuries By) Act only addresses the civil liability of dog owners. It states that: “The owner of every dog shall be liable in damages for injury done to any person, or any cattle or sheep by his dog."

The Government is seeking to change that.

“The Legal Reform Department (of the Justice Ministry) has put forward proposals which will be discussed at Cabinet and later in the Parliament,” Chuck told the press conference.

He said the ultimate aim is to “repeal that law and put in its place the ‘Dogs Liability of Owners Act”.

Elaborating, Chuck added: “So the burden will be on owners to ensure that their dogs are kept under control… and if the dogs are not kept under control and escape from the yard or leash and injure persons, then there will be the possibility of criminal liability."

He cited that the owner could either be fined or imprisoned, depending on the level of recklessness or negligence that is involved.

But he stressed that what are currently on the table are merely proposals, which must be brought to Parliament so that stakeholders can have an input.

Chuck said far too many children and persons have been victims of the “ferocious attacks of many dogs” over the past few years. And he said it's time for the Government to take action.

He pointed to Grenada and Barbados, where every dog has to be licensed and must wear a collar with a number indicating the owner of the dog.

Chuck noted that in some countries, a chip is placed on the dog with information that includes the owner’s name.

And he also pointed out that some countries have banned dangerous breeds, such as the pit bull, while in others, such dogs have to be insured.

The attack on the grade six teacher was so vicious, it reportedly lasted several hours.

Reports are that the teacher was doing her routine evening walk along Woodland Way in Cooper's Hill, St Andrew, when four pit bulls attacked her, causing extensive damage to her limbs and head. She was eventually rescued by the police, and taken to the University Hospital of the West Indies (UHWI), where she underwent emergency surgery.

The animals involved have since been put down, save for a puppy.

Vicious American cross-breeds, pit bulls have been banned in the United Kingdom, Canada and numerous US jurisdictions. Trinidad and Tobago also banned the breed last year under the Dangerous Dog Act.

Their attacks in Jamaica have been mounting, as cited by Chuck.

Last year, 66-year-old Whittington Cole died hours after he was severely bitten by at least four pit bulls and Rottweilers. He suffered massive blood loss in the process.

In February 2016, 56-year-old Jerome Pow was killed after he was attacked by pit bulls in the vicinity of Hagley Park Road.

In July 2011, 62-year-old Valerie Stephenson of St Catherine, was killed by a pit bull as she walked in a community. Four months earlier, in Westmoreland, eight-month-old Oshawn Obermann was mauled by a pit bull that was owned by his parents. He survived with serious injuries.

In December 2012, two-year-old Ronica Gregory of St Catherine, was killed by a pit bull and her sister seriously injured.

Also in 2012, a woman and her 14-month-old son were attacked by a pit bull in Spanish Town, also in St Catherine.

Why no criminal charges against owners of pit bulls in vicious attack?