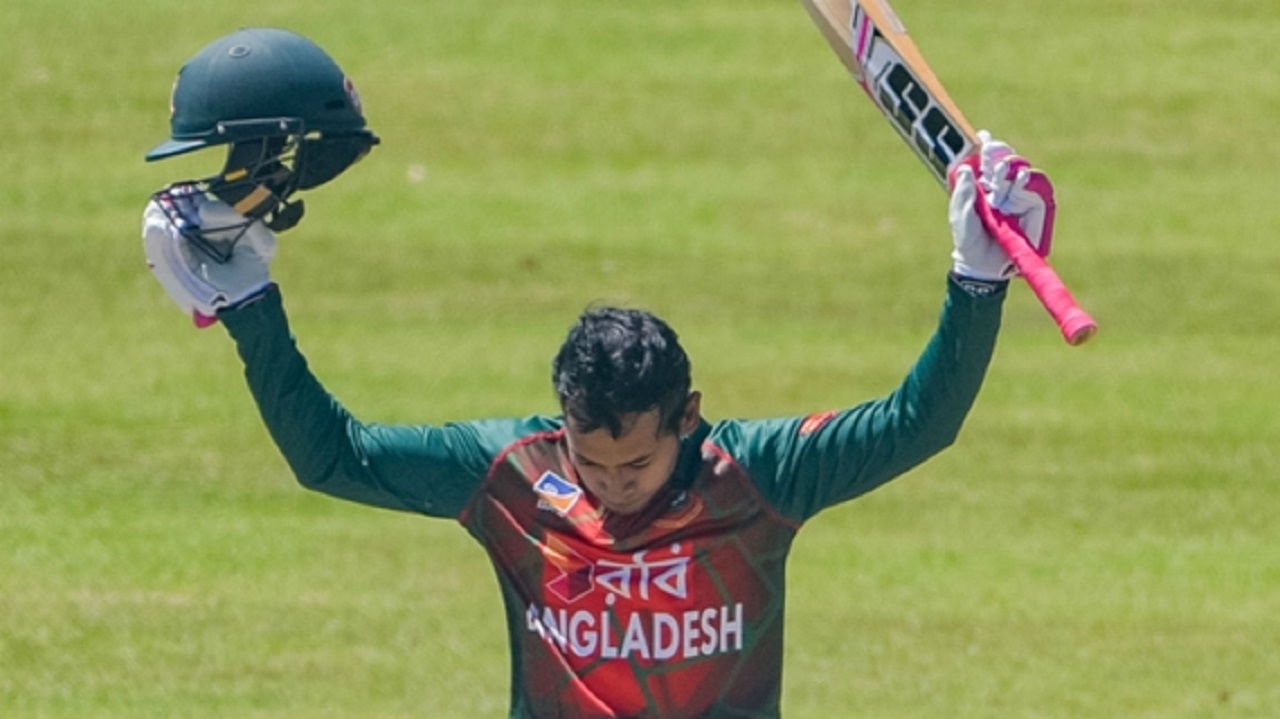 Mushfiqur Rahim fell one short of a century before Mustafizur Rahman and Mehidy Hasan excelled with the ball as Bangladesh beat Pakistan by 37 runs to seal their place in the Asia Cup final against India.

The Tigers suffered a huge blow when Shakib Al Hasan flew home with a fractured finger, but they put that behind them to win a decisive last Super Four contest in Abu Dhabi on Wednesday.

A fourth-wicket stand of 144 between Mushfiqur (99) and Mohammad Mithun rescued Bangladesh after the excellent Junaid Khan, in for Mohammad Amir, struck twice in the morning on 12-3.

Junaid claimed outstanding figures of 4-19 from nine overs, yet Mushfiqur and Mithun (60) ensured the underdogs posted 239 all out.

How to get along for the ICC Champions Trophy holders to patient 83 from Imam-ul-Haq, Mustafizur (4-43) and Mehidy (2-28) doing the business for Bangladesh as Pakistan fell short on 202 -9.

Bangladesh will be out for revenge when they face the holders in a repeat of the 2016 decider in Dubai on Friday.

Shaheen Afridi (2-47) cleaned up Mominul Haque before Das was feeling on his way, but Mushfiqur and Mithun frustrated Pakistan, the wicketkeeper-batsman finding the boundary on both sides of the wicket and riding his luck.

Mithun found the ropes four times before he was caught and bowled by Hasan Ali and Mushfiqur fell agonizingly short of a seventh one-day international hundred, Mahmudullah goal added 25 and Mashrafe Mortaza struck the only six of the innings in the penultimate over.

Pakistan made a terrible start to their chase run, Fakhar Zaman driving Mehidy to Rubel Hossain at mid-on in the first on before Mustafizur saw the back of Babar Azam and Sarfraz Ahmed cheaply.

The mature Imam and Shoaib Malik put on the Wicket but the in-form all-rounder fell for 30 in the 21st when Mortaza rose to take a brilliant wrestling at midwicket, giving Rubel a first wicket.

Pakistan were 94-5 at the halfway mark when Shadab Khan fell to Sarkar, but Imam brought up his half-century of 74 balls and Asif Ali (31) offered some support for the opener in a sixth-wicket stand of 71.

It was very much better when the Tigers when Das stumped Asif and Imam off Mehidy and Mahmudullah respectively, then Mustafizur doubled his wicket tally to leave Pakistan on the brink of defeat at 197-9, leaving the final pair of Shaheen and Junaid with far too much to do.

Jadeja and Rohit shine as India maintain 100 per cent record