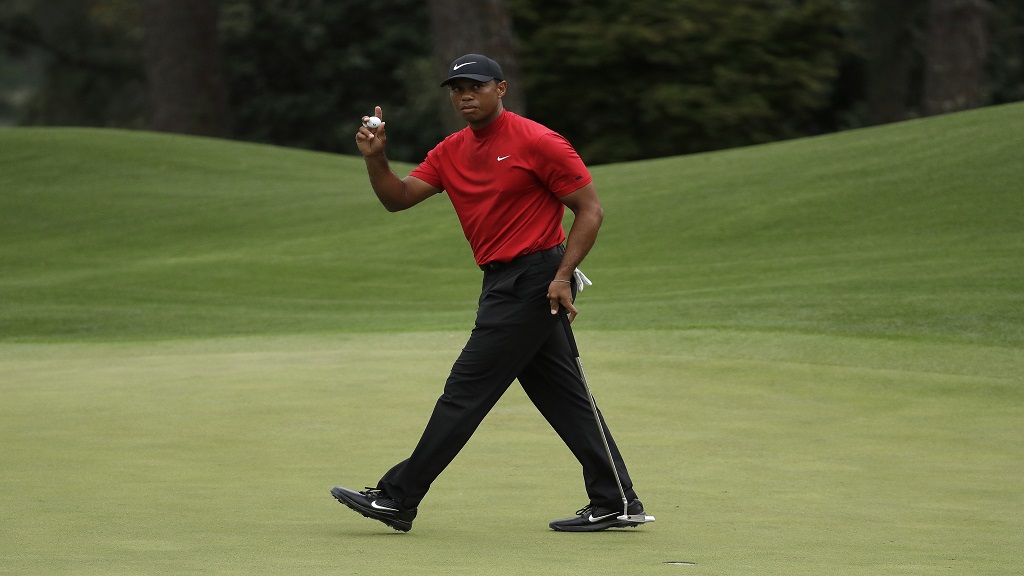 Tiger Woods waves on the eighth hole during the final round for the Masters golf tournament, Sunday, April 14, 2019, in Augusta, Ga. (AP Photo/Chris Carlson)

The comeback is complete. Tiger Woods has his fifth Masters title.

The 43-year-old Woods shot a 2-under 70 for one-stroke victory Sunday and his 15th major championship. But it was his first since the 2008 U.S. Open, capping a remarkable recovery from debilitating injuries and embarrassing personal problems.

Woods showed he still had the game to compete with the world's best when he triumphed in last year's Tour Championship, his first victory of any kind since 2013. 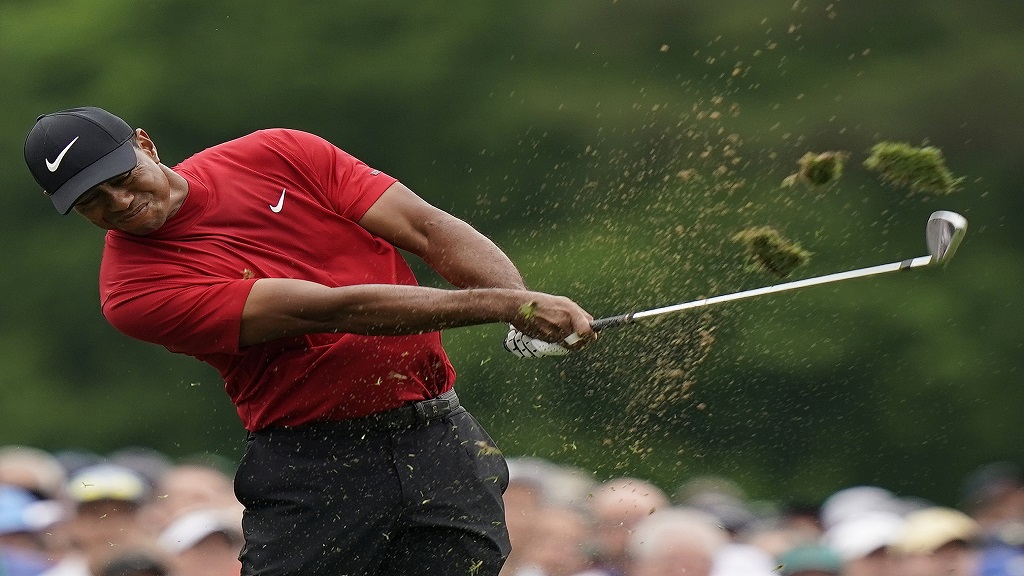 Now, he's back on top with his first green jacket at Augusta National since 2005.

In a final round that was played in threesomes off both tees to stay ahead of approaching thunderstorms, Woods grabbed the outright lead for the first time with a two-putt birdie at No. 15.

Then, with Olympic champion Michael Phelps standing behind him on the tee at the par-3 16th, Woods wrapped things up by sticking an 8-iron within 2 feet of the cup for another birdie and a two-stroke lead.

Francesco Molinari began the day with a two-shot advantage over Woods and Tony Finau. But the Italian self-destructed on the back side, dunking two balls in the water on the way to double-bogeys at the 12th and 15th holes.

This is the first time Woods has ever come from behind on the final day to win a major championship, leaving him three behind Jack Nicklaus' record of 18 major titles.