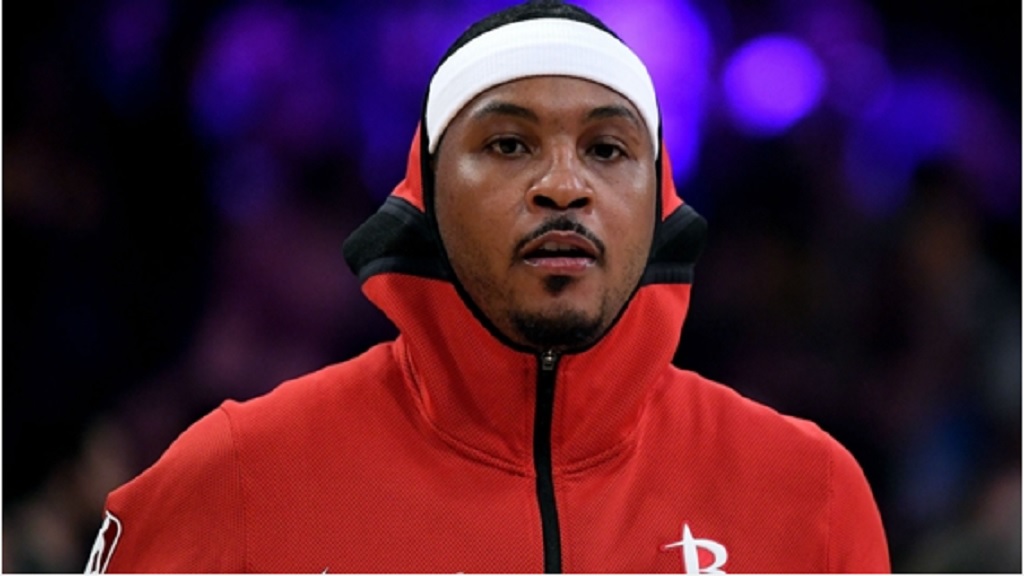 Carmelo Anthony must have been hoping for a better return to Oklahoma City, struggling in the Houston Rockets' loss to the Thunder on Thursday.

The 34-year-old forward missed 10 of his 11 shots and tallied just two points off the bench in the Rockets' 98-80 road loss to the Thunder. Anthony was a minus-22 in the game.

The Thunder, playing without star Russell Westbrook, who is dealing with a sprained ankle, headed into half-time with a 14-point lead. They pushed their advantage to 20 by the end of the third quarter and cruised to the victory.

Six players reached double-figures for Oklahoma City in the win, led by 20 from forward Paul George. James Harden tallied 19 points and eight rebounds for Houston in the losing effort.

Anthony spent last season with the Thunder before he was traded to the Hawks in mid-July in exchange for a package centered around Dennis Schroder. He was bought out by Atlanta and then signed with the Rockets.

Kyrie Irving tallied 39 points, pulled down seven rebounds and dished out six assists in the Celtics' 116-109 come-from-behind overtime win over the Suns.

Clint Capela scored 17 points on eight-of-12 shooting and grabbed seven rebounds in the Rockets' loss to the Thunder.

Besides Anthony, Chris Paul also struggled in the Rockets' loss. He connected on four of his 11 shots and missed all four of his three-point attempts.

Isaiah Canaan shot three-of-14 from the field and was a minus-nine in the Suns' loss to the Celtics.

The Hornets (6-5) will look to continue their surprising start to the season when they face the 76ers (7-5) in Philadelphia on Friday. The 76ers have been mediocre so far, but are one of the most talented teams in the Eastern Conference.